Home Life Goodbye is not the end

Goodbye is not the end 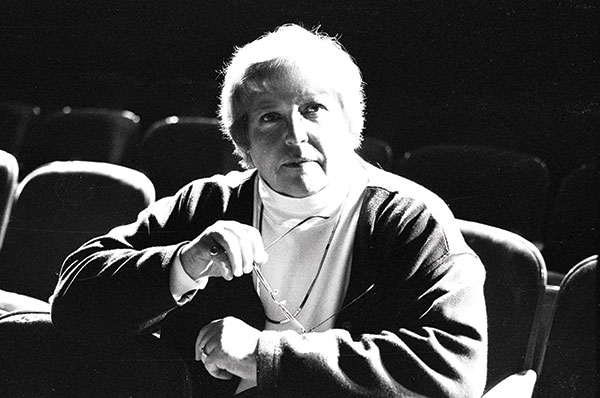 Even after her untimely death, Syd Riggs is still bringing together the performing arts community.

The life of Syd Riggs keeps on giving

Modern medicine can’t always keep “graduation day” from coming, but nothing can stop the legacy of a life well-lived. Former students and fellow performers celebrate the late Syd Riggs every year with “Why We Tell The Story,” a showcase of popular musical theater featuring Utah’s finest singers, dancers and actors.

Syd inspired thousands as she directed shows at Hale Center Theater, Sundance, Provo Theater Company, Thanksgiving Point, SCERA, BYU and UVU. She also began teaching at Orem High in 1992 and passed away suddenly in 2005. One of her former students, Ben Tichy, established a scholarship in Syd’s name, which is funded by proceeds from the annual concert put on by those whose lives were touched by Syd.

“It’s cool to see everyone come together year after year and do what they love for a great cause,” Ben says. “The cast and crew refer to it as ‘the ultimate reunion.’”

In conjunction with the concert, free workshops are offered to local high school students, an idea inspired by Syd.

“She often invited guest speakers and teachers,” Ben says. “Those experiences inspired me to take my passion for the arts to the next level.”

Syd’s “next level” has done nothing to diminish her influence on Utah Valley’s art scene.

Smooth Sale-ing: Once upon a retail employee Next post