Home Moms & Family Because I said so Reasons to fight 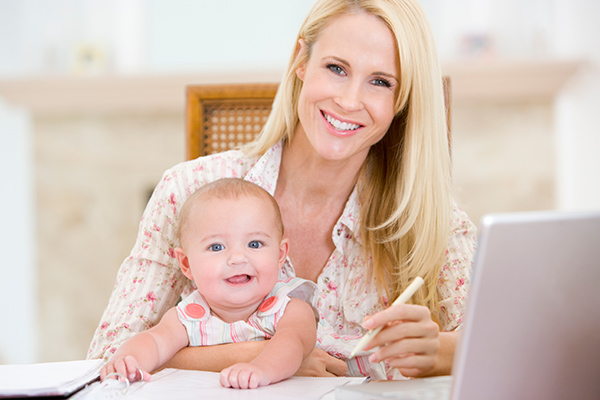 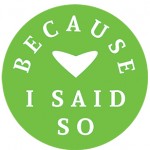 I’ve always felt like the so-called “Mommy Wars” were a bit blown out of proportion. Do you feed your kid organic baby food that you grew with your own co-op? That’s awesome! I so admire you. Do you use McDonald’s chicken nuggets as bribery when your daughter’s melting down at Walmart? I love it! We’d probably be friends.

Either way, what’s the big deal? There’s no need to call out the troops. No one wants to fight about your parenting choices.

Or so I thought.

Then I wrote a silly, diary-style article about what my day looks like as a stay-at-home mom. It was satire, sure, although the baby getting covered in insect glue and the daughter dumping all of the clothes from her drawers really happened.

I meant it as a quick, lighthearted read, not commentary on women’s roles in society. So I was shocked by the intensity of some of the comments left by readers at the end of the article.

One reader said I made stay-at-home moms look “like stupid teenage babysitters who can’t manage a household.”

And then there was the reader who felt I wasn’t giving enough credit to working dads, because the article teased my husband about the golf and restaurant lunches that are part of his work week:

Many of the other remarks were positive. And as a writer, I’m over the moon that people even took the time to read and comment. 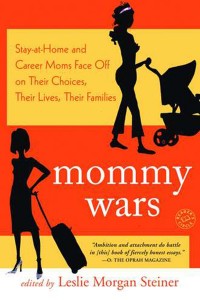 But it made me wonder if the battle continues, almost 20 years after Leslie Morgan Steiner published the book “Mommy Wars: Stay-at-Home and Career Moms Face Off on Their Choices, Their Lives, Their Families.”

Have we just moved the fighting to the Internet and social media and expanded the scope to include things like homeschooling, immunizations, co-sleeping and breastfeeding? Clearly, there’s still a lot of tension bubbling just below the surface, especially anytime someone uses the words “stay-at-home mom.”  (Or homeschooling. Or immunizations. Or breastfeeding. Take a look at the chat boards on any mommy blog or parenting website.)

What is it about our choices that make us so defensive?

I’ve worked from home for the past eight years, since the birth of my first child, straddling the worlds of a stay-at-home mom and a career one. For me, it’s meant a bit of needed additional income. It’s also meant having a child banging on my office door while I’m trying to interview someone by phone. It’s not the perfect situation, but it’s what works for my family right now. And, even still, I feel guilty about it.

I feel guilty because I’m letting my daughter watch TV while I write this article. And I also feel guilty that this article won’t be perfect because eventually I’ll give up on it so I can play with her.  Guilt is just a part of motherhood, I think, an unproductive and toxic part when it goes unchecked. One of my friends who is a vice president for a major travel website once told me she feels guilty that she doesn’t feel guilty about working. It’s the sort of logic that makes your head spin, but I get it.

The thing I have learned in trying to balance work and family is that feminism of decades past sold us all a ridiculous lie. You can’t have it all. Man or woman, married or single, working in the home or at the office, we all have to juggle and compromise just to make it through the day. What would be nice is if we could help each other with that juggling, instead of attacking each other for the choices we’ve made. There’s no one right way to parent.

What matters is that you’re trying, that you love your kids, that you’re working to give them a good life, wherever that work may take place. You can’t have it all, true. But what you can have as a parent is, quite simply, fantastic. So why in the world are we fighting about it?