Home LDS Being LDS The 3 reasons Mormons and Jews succeed (Book: The Triple Package: Why Groups Rise and Fall in America)

The 3 reasons Mormons and Jews succeed (Book: The Triple Package: Why Groups Rise and Fall in America) 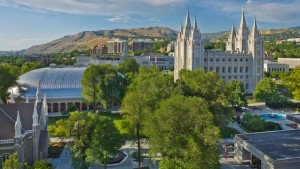 In the recently released book “The Triple Package,” Mormons were listed as one of eight groups that are exceptionally successful. (Photo courtesy Mormon Newsroom)

In their controversial and oddly specific new book “The Triple Package: Why Groups Rise and Fall in America,” husband-wife team Amy Chua and Jed Rubenfeld have listed eight American groups that are just more successful than others.

“It may be taboo to say, but some groups in America do better than others,” the book’s Amazon description reads. “Mormons have recently risen to astonishing business success. Cubans in Miami climbed from poverty to prosperity in a generation. Nigerians earn doctorates at stunningly high rates. Indian and Chinese Americans have much higher incomes than other Americans; Jews may have the highest of all.”

Chua and Rubenfeld’s findings are interesting from a religious standpoint, where one can see striking similarities between Jews and Mormons. The two groups share three characteristics that the authors say give them a competitive edge.

According to the book, an underlying belief that one belongs to a group of chosen people—in the cases of the Mormons and the Jews, God’s chosen people — drives them to succeed.

“Americans are taught that everyone is equal, that no group is superior to another,” the description says. “But remarkably, all of America’s most successful groups believe (even if they don’t say so aloud) that they’re exceptional, chosen, superior in some way.”

On the flip side, Mormons and Jews generally share the feeling that they’re not quite measuring up. This belief that one is never doing quite as much as he should is a driving force toward success, the authors say.

“Americans are taught that self-esteem — feeling good about yourself — is the key to a successful life,” the description says. “But in all of America’s most successful groups, people tend to feel insecure, inadequate, that they have to prove themselves.”

Not surprisingly, both Jews and Mormons are experts in controlling their impulses. Both religions have strict dietary restrictions and codes of conduct.

“As we’ll use the term,” the authors write, “impulse control refers to the ability to resist temptation, especially the temptation to give up in the face of hardship or quit instead of persevering at a difficult task.”

The book has met with criticism — its claims are controversial and in some cases racially charged. But the book does, at least, contain interesting theories about what makes certain groups, including Mormons, successful.

Utah is 17th in medal count halfway through Sochi Next post