Utah is 17th in medal count halfway through Sochi

Keeping up with the 2014 Sochi medal count is a source of national pride for Americans and, as it turns out, for Utahn’s too.

As of Tuesday, Feb. 18, Utah collectively, would be ranked 17th, if it and its athletes, were its own country. 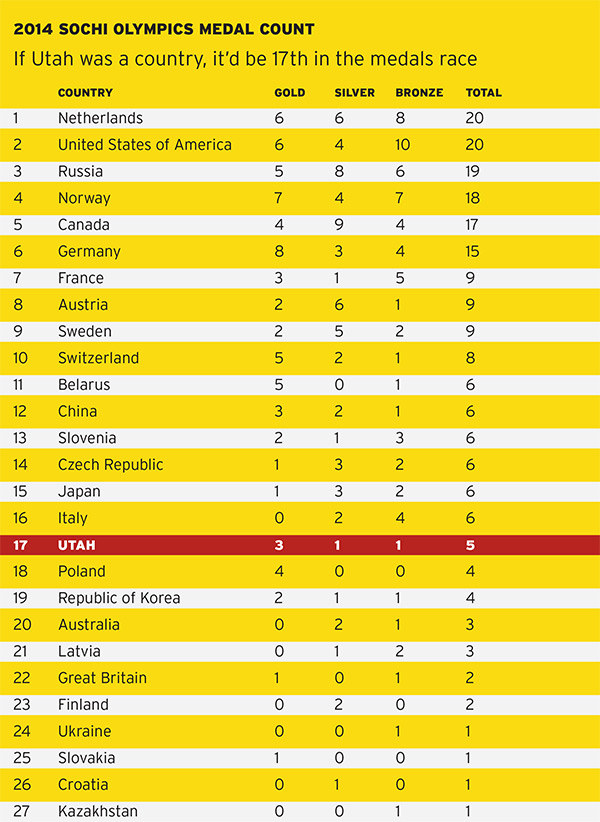 The 3 reasons Mormons and Jews succeed (Book: The Triple Package: Why Groups Rise and Fall in America) Previous post