Most dangerous places to drive in Provo & Orem (INFOGRAPHIC)

In 2014 more Utah Valley residents will die from heart disease, cancer or a stroke than from any other cause of death according to the Utah Department of Health.

However, with more and more people driving distracted, driving too fast and driving too aggressively — it may feel at times that a car crash is the most disconcerting thing out there.

There were 7,789 car crashes in Utah County in 2012 according to the most recent stats available from the Utah Department of Public Safety.

Crashes with “non-incapacitating injuries,” or a “3” accounted for 1,064 of the total or 13 percent.

Only 2 percent of all crashes resulted in incapacitating injuries, or 140. Eighteen of the 7,789 car crashes were fatal — with most of those happening on major roadways where rates of speed increase.

Here is an infographic that pinpoints where car crashes rated either a “3,” “4” or “5” occured in Provo or Orem. 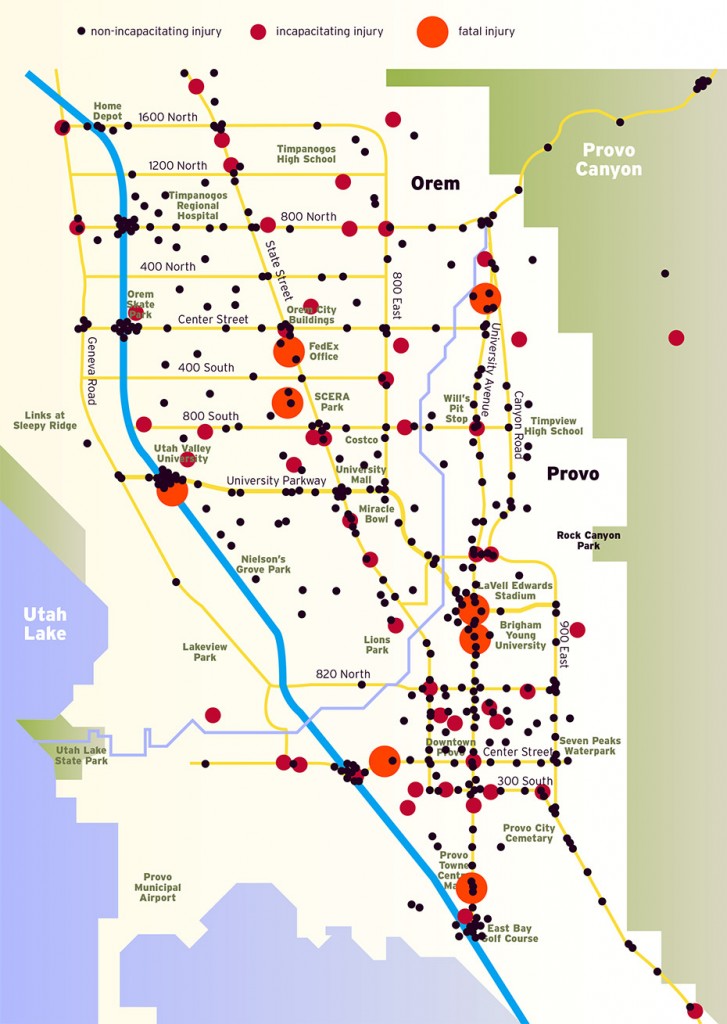