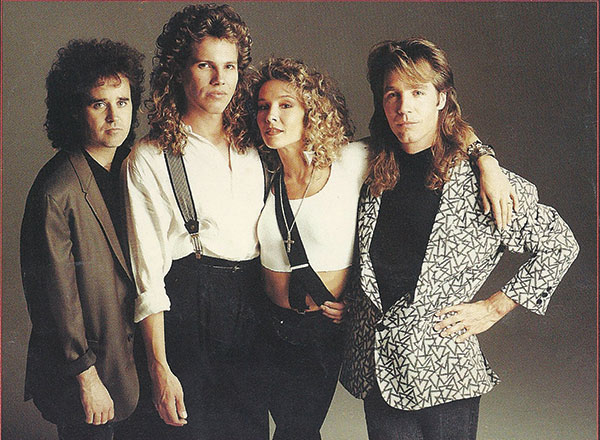 Paul (second from the left) was a lead vocalist for two 1980s bands, Animotion (shown in the photo) and Device.

The hair. The Spandex. The shoulder pads. The 1980s are one of music’s most memorable decades, and Provo is home to its very own ’80s rock star — Paul Engemann.

Paul was born into the music industry. His father, Karl Engemann, was the vice president of Capitol Records as well as Marie Osmond’s manager.

“It is so remarkable to me now what I was exposed to at the time,” Paul says. “One day Frank Sinatra would be coming in for a session and the next day it was the Beatles. All of that was in the background of my life.”

Paul’s mother, Gerri, was a back-up singer and the entire family traveled across the country for two years performing the LDS stage play “Saturday’s Warrior.”

“Whenever my dad needed a young child’s voice for a soundtrack, we got called in,” Paul says.

At 12, Paul started recording as a solo artist. When he was 19, he had a recording contract with PolyGram records but decided to put his music career on hold for a two-year LDS Church mission to Peru. When he returned, the president of the label was gone, and so was Paul’s contract. Paul’s parents had also moved from Los Angeles to Provo.

“It was crazy to get off my mission and come back to Provo, which wasn’t exactly the hub of music at the time,” Paul says.

He started singing with friends in a dance band and ended up back in Los Angeles living with his sister Shawn. 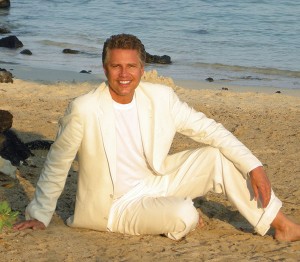 Paul Engemann traded his Spandex for suits to become a family man and network marketer. These days, he hears about up-and-coming bands from his wife, Suzanne, and son, Austin.

The turning point for his musical career was meeting Giorgio Moroder, a record producer, songwriter and a pioneer in the electronic dance music movement of the 1980s. Paul and Giorgio started writing music and recording demos together.

“If he was trying to get Kenny Loggins to do a song, he would write it, have me sing it and then send Kenny the recording,” Paul says.

Giorgio wrote “Push It To the Limit” for the movie “Scarface” and had Paul record the demo. But this time, he decided nobody should sing it but Paul.

While the movie and song were popular at the time, they have risen to cult classic status in recent years. The song was sampled in a 2009 rap song by Rick Ross and featured in video game Grand Theft Auto.

The dynamic duo of Paul and Giorgio hit their next project together, which was co-writing the official song of the 1984 Olympics “Reach Out.”

“People started requesting the song at radio stations and it became a No. 1 single on the German charts,” Paul says.

After Paul’s solo success, he joined the band Device. The group had auditioned 400 singers for lead vocalist but didn’t find the perfect fit until they met Paul. The band released an album “22B3” in 1986 and their song “Hanging on a Heart Attack” shot up the charts.

“Out of my entire musical career I would say I’m most proud of that album,” Paul says. “I loved it. In all humility, it was a great album.”

When the 1990s rolled around, Paul moved back to Utah and started doing more commercial work.

These days, he works in the network marketing industry as a successful independent distributor for Xocai.

And even though he’s traded his perm for a pocket square, he says he

“It’s feels like only a blink ago,” Paul says. “And I look back on it all with a sense of humor.”

Plus, he likes being able to remind his son, Austin, he was once a rock star.

“One time Austin and I were driving to school and I was kind of pulsing to the music as we drove,” Paul says. “Austin said ‘Dad! Don’t dance. You are not cool.’ So I asked him how many of his friends had a former rock star for a dad.”