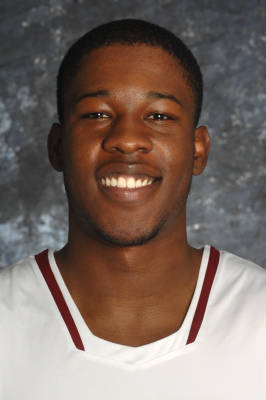 “It was a very heated, emotional game, and if any of my guys did anything that was out of line, they will be punished to the 10th degree,” New Mexico State coach Marvin Menzies said in an interview posted on NMSU’s website. “I don’t know what exactly happened. I was kind of going over to shake hands.

“I want to apologize for K.C.’s actions. From what I understand, he threw the ball after the game was over and had expired. I don’t know what provoked it. I mean, Hunsaker’s a little chippy himself so he may have said something or done something, but you just can’t respond. I mean, we showed them plenty of clips where they do things that can get underneath your skin a little bit and you’ve got to be tougher than that mentally, and I’m just upset that he did that.”

UVU students told their half of the story to Kyle Spencer who was covering the game UVU’s student newspaper. “We all stormed (the court),” said Tyler Brklacich, UVU Student Administration vice president of academics. “One fan ran into another player, an Aggies player. He pushed back, then they started pushing and he was the first one to throw a punch.”

According to Spencer’s article “one fan was clocked so badly by an Aggie, he could only hazily recall the details of the occasion.”

“He punched me in the head,” said UVU student Kameron Dearing in the UVU article. “It was either 23 (Mullings) or 25 (Renaldo Dixon). I was just congratulating Holton Hunsaker.”

Spencer states that the video appears to depict Dixon swinging at and connecting with Dearing’s head.

For what it’s worth, the 66–61 overtime win propelled UVU to first place in the Western Athletic Conference.

UVU Athletic Department released a statement Friday morning which said, “The incident following Thursday’s game was an unfortunate and sour endnote to an otherwise brilliant performance by both teams. The Western Athletic Conference and both universities are reviewing the incident and gathering information.”

The story was updated at 11:42 a.m. on Friday, Feb. 28 to include the UVU Athletic Department statement.

UV crime: shooters in court; peeing on the porch Next post