UV crime: shooters in court; peeing on the porch 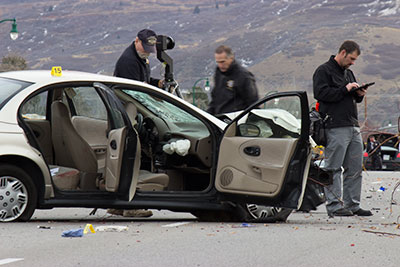 Rupert Miley was shot while driving at 800 North and 100 East in November 2013. The men accused for Miley’s death pleaded guilty this past week. (Photo by Alisha Gallagher)

The two men accused of shooting a man in the back while driving on 800 North in Orem, killing him and causing an accident scene spread over several blocks, pleaded guilty to manslaughter, obstruction of justice and use of a firearm by a restricted person on Tuesday.

The 24-year-olds, Mason Eric French and Travis Waldron, were both charged with killing Rupert E. Miley over a drug debt, though police say French was the one who pulled the trigger.

The men will be sentenced on April 21.

Seventeen-year-old Meagan Grunwald was in court for the first time this week to face murder and other charges. 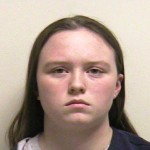 She’s being held in jail on $1 million bail and faces up to life in prison.

An intoxicated man who crashed his car into a woman sitting on an Orem sidewalk last year will spend one to 15 years in prison.

Ramiro Serrano Hernandez, 27, pleaded guilty in January for killing Ashlee Zimmer. This wasn’t Hernandez’s first DUI — he was deported several years ago after a DUI.

When an Alpine resident’s car was booted in Orem this week, he decided to take matters into his own hands and remove it. After he left, though, the booting company called the Orem police, who in turn called officers in Alpine with his address. Officers also discovered he had a warrant out for his arrest. When two Lone Peak officers arrived at his house, they arrested him on the warrant and during a search of his body found syringes and bags of methamphetamine.

He also got a citation for removing the boot.

Police in Orem were called to a house in the south part of the city this week after a resident reported a homeowner was using the bathroom — on his front porch. Urinating in public is considered lewdness in Utah, so he was cited by police.