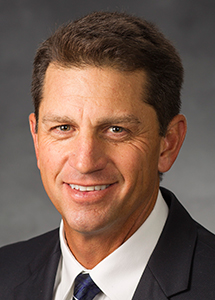 The BYU football season is firmly in the rearview mirror, while basketball season is winding down to its March Madness conclusion, so what can BYU sports fans look forward to during the next four months before fall football camp comes around again?

The Cougars’ home opener against rival Utah is tonight at 6 p.m.

The BYU baseball team, which has suffered several consecutive seasons of mediocrity, appears to be ready to make the jump back into contention, thrilling fans with the nostalgic smells of freshly cut grass, hot dogs and the satisfying sound of the smack of a baseball against a bat.

The Cougars rallied to an unprecedented 16-game turnaround in the win column, going 32-21 on the season, as well as 15-8 in West Coast Conference play, an improvement of five wins from the previous year. Littlewood said he attempted to change the culture and mentality of the baseball program into an attitude of winning and competitiveness.

“The guys had the drive in them before we got here, but sometimes you get caught in a rut,” he said. “We just tried to bring some excitement and some competitiveness out. You have to go out and have fun, but you have to compete while doing it. When you cross the white line, you have to go compete. It’s a fight.”

To start this season, the Cougars had a tough test in playing a four-game series against a solid Kansas Jayhawks team. The Cougars lost all four and followed that brutal series with a single game against No. 19 TCU. The Horned Frogs cruised to a 10-0 beating. 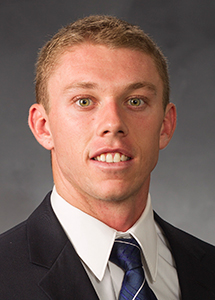 Senior, right-handed pitcher Desmond Poulson has been invaluable for the Cougars so far this season. (Photo by BYU Photo)

However, in the three wins the Cougars have posted so far this season, they have displayed solid pitching and a slew of runs. BYU beat Texas A&M-Corpus Christi 10-2 on Feb. 20, receiving help from a three-run home run by catcher Bronson Larsen and two more RBIs each from outfielders Brennon Lund and Eric Urry. Meanwhile, starting pitcher Desmond Poulson struck out four batters and allowed just the two runs in eight innings of work.

The Cougars swept the Seattle Redhawks for the other two wins this season. They first beat the Redhawks 7-3 thanks to the pitching from Poulson, who struck out three and reliever Hayden Rogers, who added four more K’s, while the pitching was again under the spotlight in the second game which ended in a 4-2 BYU win. Littlewood said the depth in the bullpen is miles ahead of where it was last year.

“Depth-wise last year we had six pitchers to go to; this year we have 10,” Littlewood said. “We just have more choices.”

While BYU lost some of its most productive players in freshman sensation Jacob Hannemann and veterans Adam Law and Jaycob Brugman, the Cougars have other players willing and able to step into the roles. Seniors Brock Whitney and Kelton Caldwell, who play first base and right field respectively, lead the charge to competing for a conference championship. Whitney received all-conference accolades last season, while Caldwell stepped up and hit clutch at-bats, including a walk-off home run. Both seniors, along with Lund, Urry and Larsen in the field and a stable of gunslinging pitchers in the bullpen, will hope to have the Cougars in the championship race.