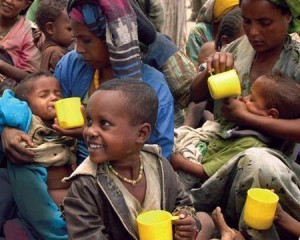 The expansive humanitarian aid efforts of The Church of Jesus Christ of Latter-day Saints have had plenty of attention, but they’ve never been the subject of conversation on the world’s stage.

That is, until Feb. 27, when for the first time in the history of the United Nations, the Church’s humanitarian aid was the subject of a briefing at the Department of Public Information. The department’s Nongovernmental Organizations (NGO) Relations and Advocacy hosts a series called “Focus on Faith,” and Thursday’s briefing was part of that.

“Faiths and religions are central to achieving common goals and transformational change,” Eubank said in the briefing.

The United Nations Department of Public Information exists to help NGOs, like the Church, access and spread information about UN issues to the public. Some churches in the Focus on Faith series have emphasized how their efforts mirror those of the UN, and the LDS Church was no different. Elder Colton attributed declines in poverty and childhood mortality rates to the “hard work on the U.N.’s Millennium Development Goals from people throughout the world,” including the Church.