Home LDS Being LDS The Mormon Gold Rush of 1849 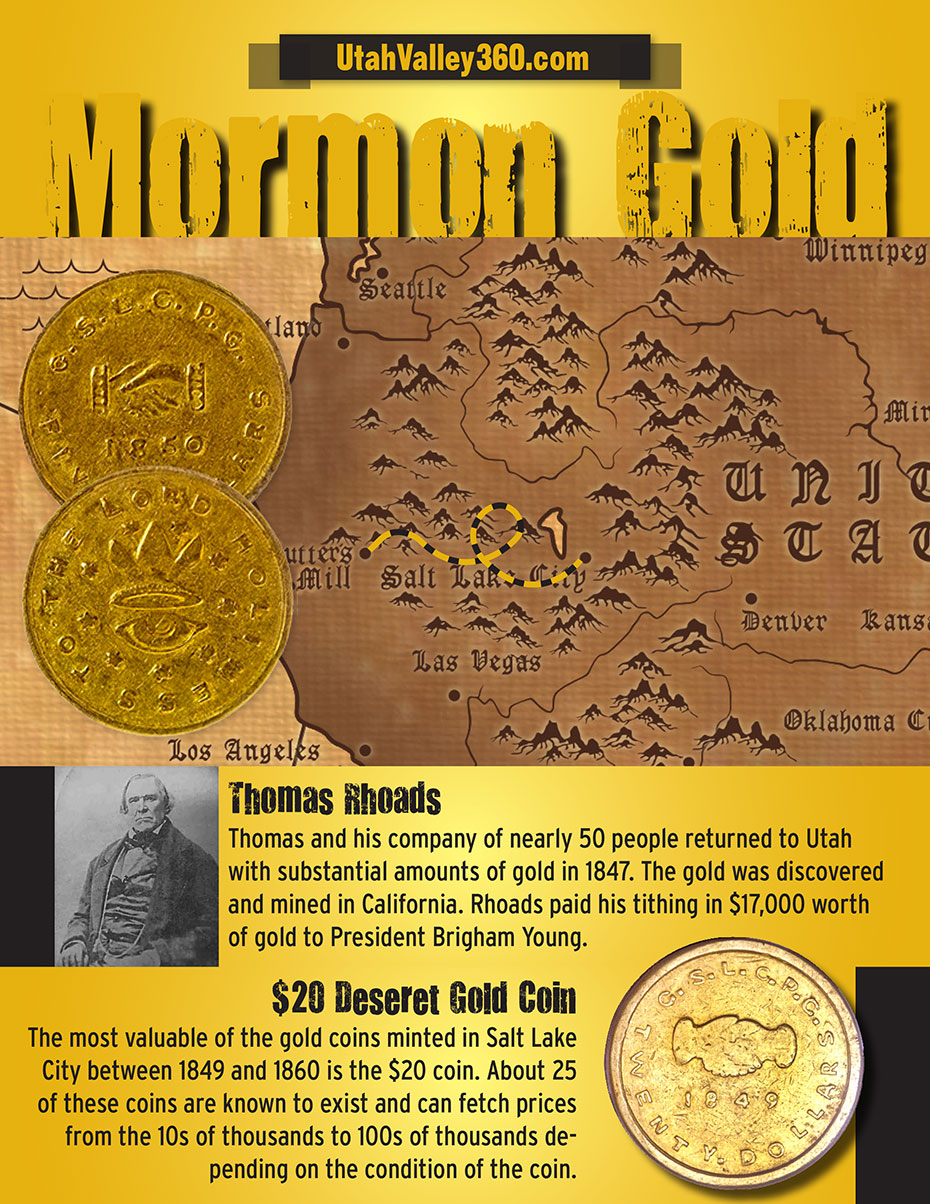 Thomas Rhoads, a member of The Church of Jesus Christ of Latter-day Saints who had recently returned from California, left a sack with $17,000 in gold on Church President Brigham Young’s desk to pay his tithing. The sight left Brigham Young in a difficult situation. 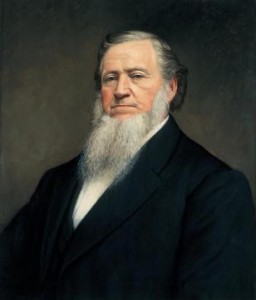 Brigham Young authorized the call of a few missionaries to California to prospect for gold. (Photo courtesy Mormon Newsroom)

On one hand, he just couldn’t stomach the thought of sending anyone to California. He taught fervently that the Saints should resist the temptation to leave their new home to follow “the god of this world.” On the other hand, the church desperately needed the gold to pay for goods in the yet untamed Salt Lake Valley.

“Some have asked me about going [to California]. I have told them that God has appointed this place [the Great Basin] for the gathering of his Saints, and you will do better right here than you will by going to the gold mines. Some have thought they would go there and get fitted out and come back, but I told them to stop here and get fitted out. Those who stop here and are faithful to God and his people will make more money and get richer than you that run after the god of this world … Here is the place God has appointed for his people.”

But though he eschewed the thought, the gold on Brigham Young’s desk seemed like an answer to prayer. There wasn’t much in Salt Lake that the Saints could use for hard currency, and gold would certainly help with that. There were a lot of poor immigrants in Salt Lake who could get a good price on provisions from 49ers passing through the Valley if they had valuable currency.

There were also several general authorities of the Church who were destitute after a lifetime of Church service and frequent persecution. A little money would help them immensely. So Brigham Young finally authorized the call of some Church members to California to mine gold and gather any Saints who remained in California from the Mormon Battalion or the ship Brooklyn.

“I think there’s always been a notion that anyone who left Utah and went to California looking for gold during that time was a bad person,” said Keith Irwin, a  history buff and retired management consultant who has studied this particular chapter of Church history in great detail. “The families whose fathers were on these missions kept it pretty quiet. If it weren’t for their journals, we might not have the information at all.”

Some time after that meeting with Thomas Rhoads, Brigham Young authorized the call of about 50 people (divided into two companies) to California to mine gold and bring it—along with any Church members who remained in California—back to Salt Lake. But the gold missions weren’t a huge success, at least not financially.

“The experience was not a great one for them,” Irwin said of this mission. “They weren’t terribly successful. I think Brigham Young and those that had never been to California had a romantic idea of what it was to find gold. There are references to the idea that you could just pick it up off the street and put it in your sack. Of course, it wasn’t like that at all. It was hard work.”

Once they arrived in California, the missionaries’ labors expanded beyond prospecting and even beyond California’s shore. Church apostle Charles C. Rich assigned some of the missionary/prospectors to go on to the Sandwich (Hawaiian) Islands and establish the Church’s first mission there.

In the end, the men on the expedition brought back about $20,000 in gold. Much of this was used at the Church’s Deseret Mint to create gold coins for currency. This gave the Saints something of value to trade for goods and contributed largely to the Saints’ ability to create a thriving settlement in the Salt Lake Valley.

“Leonard Arrington, who was a former Church historian, said, ‘The most important harvest for the Utah settlers in 1848 was gold in California,'” Irwin said. “I think most knowledgeable people would agree that if it were not for the gold, the settlement here probably would have failed. They would have had to go somewhere else.” 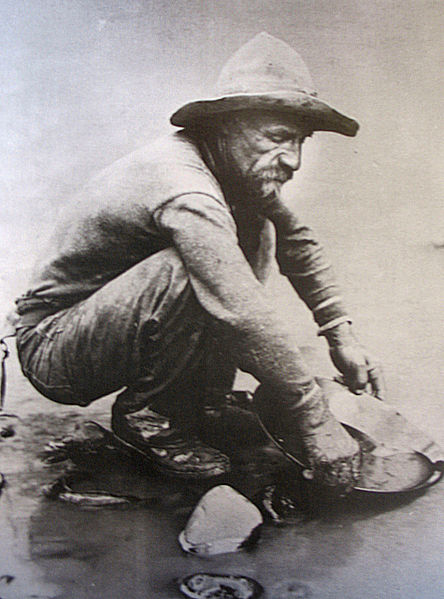 Brigham Young discouraged the general Church membership from going to California in search of gold, but a small group was called to do just that. (Photo of 49er from public domain, via Wikimedia Commons)