It’s finally Friday. The weekend is mere hours away.

Here are 10 things you simply must know before you start your weekend.

1. Rise and shout the Cougars are out

BYU men’s basketball team enters the West Coast Conference tournament in Las Vegas as a No. 2 seed. They play Saturday at 2 p.m. against the winner of the Portland vs. Loyola Marymount game.

Make sure to pick out your favorite BYU apparel first thing Saturday to show support.

Embrace the start of spring by attending the 19th annual Rex Lee Run Against Cancer 5K and 10K.

3. When they say “run” they really mean “dance”

The Electro Dash is coming to Utah Valley on April 26th (as seen on this season’s Bachelor episode).

Early bird admission, which is $39, ends this weekend. So be sure to sign up soon.

Race participants will receive a T-shirt, glow-in-the-dark glasses and a run that feels more like a dance party. 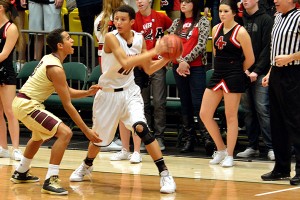 On Saturday, March 8, the best 4A and 5A high school basketball teams will meet for a chance to take home a state championship at the Huntsman Center.

The BYU acapella group, Vocal Point, will be performing at the Covey Center Saturday, March 8, at 7:30 p.m.

Can’t make the live performance? No worries, the group will release a new album titled “Spectrum” tomorrow as well.

6. Spring break is less than a month away 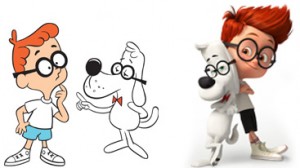 Mr. Peabody and Sherman, a popular animated comedy from the 80s, is reinvented for this 2014 family-friendly film.

7. Blast from the past

Don’t have the time or money to escape to warmer climates? Try staying closer to home and catch the new family-friendly film “Mr. Peabody and Sherman,” which premieres today.

With all the popular reviews this movie has already received, it’s shaping up to be a must-see clean comedy.

The Chocolate Extravaganza, an event organized for the purpose of raising money for the Utah Valley Regional Medical Center’s Newborn ICU, is happening tonight.

The event starts at 6 p.m. at the Utah Valley Convention Center.

Immense amount of chocolate and charity is not a bad way to start the weekend.

Vegetables are always more fun to eat when they come straight from your garden and it’s nearly that time of year again.

Experts say that just as soon as the soil dries in your garden, you’ll be safe to plant “hardy” vegetables like spinach, broccoli and peas along the Wasatch Front. 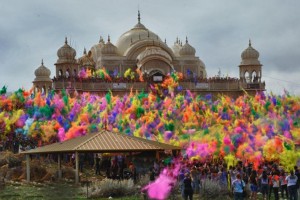 The 2014 Holi Festival of Colors, everyone’s favorite excuse to throw handfuls of colorful chalk, is just weeks away.

The event, scheduled for March 29-30, happens at the Krishna Temple in Spanish Fork and is the ultimate Instagram picture opportunity.