Does Facebook cause depression? Or perhaps anxiety, envy or narcissism?

A widely reported study from the University of Michigan found that socializing through Facebook, as opposed to socializing in person, may undermine users’ sense of well-being.

A recent study from the University of Gothenburg in Sweden found a negative relationship between Facebook and self-esteem. According to their findings, users who spend more time on Facebook tend to have a weaker sense of self-worth, especially women.

German researchers found that one in three people felt more envious, lonely and angry after visiting Facebook, stemming mostly from comparing themselves to their peers and observing a lack of attention to the content they posted to their own accounts.

But many questions remain. For starters, do the people who are most drawn to Facebook have lower self-esteem to begin with? And does what you view and do on Facebook affect you? And what about the good it can do?

We asked two Utah Valley women about how their Facebook habits influence their happiness. Feel free to comment below to tell us how Facebook effects you. 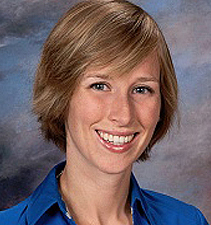 Facebook Habits: “I go on there too much in little bursts. I’m really bad at always wanting to multitask and jump around. Facebook is usually one of multiple tabs I have open on my computer and I check it pretty often. The main things I look for are interesting articles people have posted — social issues, stuff like that. It’s kind of like a news feed in a way.”

Mental and Emotional Effects: “I think it’s a mix, although it’s probably more of a negative. I’m very curious and social. Facebook is good in some ways because I can find things out, but it’s also too much of a distraction. I get on when I’m feeling burnt out and end up feeling guilty after, like I should have been more productive. Other things might be more satisfying.”

Relationship Effects: “Relationally it’s a mix too. One of my friends will put all these funny little things that her daughter says. It’s nice to read, because it’s somebody I care about. But with some friends it becomes an excuse. I can see how they’re doing on Facebook rather than catching up in a more meaningful or deep way.” 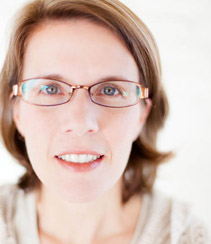 Facebook Habits: “I probably post something on Facebook about twice a week, usually pictures of my kids or tidbits about my family. We also use it as a marketing tool for our business. And it’s a good way for my parents, who live out of state, to see what’s happening in my life.”

Mental and Emotional Effects: “I’m pro-Facebook. We’re at the south end of the county up on the mountain and it’s really quiet up here. Facebook makes me feel less isolated from the rest of the valley. Because of it, I feel like I know what’s going on. It helps keep me sane sometimes.”

Relationship Effects: “I have a friend who has stopped using Facebook because she thinks it’s annoying that everyone makes their lives look perfect on it. But I don’t think that applies to everyone. It doesn’t bother me. I like being inspired by what other artists are working on and knowing what people are doing with their kids. With my family being all spread out, Facebook is a way to keep track of what everyone is doing on a daily basis. We’re in each others lives more because of it.”