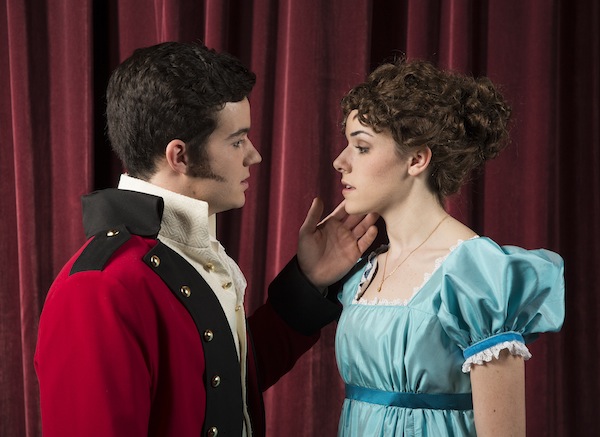 It’s the weekend at last. Don’t get caught stuck on the couch when there are so many activities happening around Utah Valley. Here are five events sure to liven up your weekend:

Step into the beloved Jane Austen novel “Pride and Prejudice” with BYU’s production. Watch the quick-witted Elizabeth Bennett face social status and undesirable marriage proposals on Friday and Saturday at 7:30 p.m. or on Saturday at 2 p.m. Tickets cost $15-$17; the Saturday matinee only costs $9-$10.

Awaken your inner Einstein at the Kid Science Palooza at the Provo Recreation Center this Saturday. Attendees get to explore the Larger than Life Science Maze, become an air-bender in the Avatar Science room, interact with live animals and bugs, and train to become a scientist. Entrance costs $4 for kids, but adults are free with a paying child.

It’s not the Festival of Colors, which is next weekend in Spanish Fork, but it promises to be colorful. Seven Peaks in Provo is hosting the Provo Chalk Fest.: a chalk throwing, music playing event. The event, which starts at 3 p.m., features live performances by John Allred and Mimi Knowles. The first chalk throw starts at 4 p.m. after which chalk throws happen every half hour. Admission costs $10; chalk costs extra. (The event is for people 18 and older.)

Amongst family members and neighbors that reject him for this appearance, Ugly goes on a journey of self discovery in this comedic play that will also have you in tears. Based off of the book by Hans Christian Andersen,  “The Ugly Duckling,” this is a show for the whole family. The show is Friday and Saturday at 7:30 p.m. at the SCERA Center. Tickets cost $8 for adults and $6 for students, children and seniors.

If you are looking for quality second-hand clothing items, look no further than the Beehive Bazaar. Stylish bloggers, vintage booths and bazaar vendors will sell their gently-used clothing items at the Provo Startup Building, 560 S. 100 West in Provo on Saturday from 10 a.m. to 8 p.m.