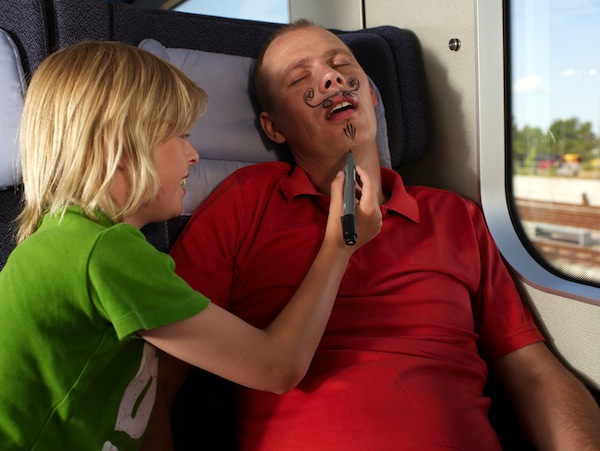 April Fools’ Day is known as a day of jokes and pranks.

In most ways, my mother is a minimalist. She’s not much for elaborate, over-the-top anything. She’s never cared to host a big party or make a big fuss. She’s never spoken a word about garnishes or drapes. She’s never worn jewelry. She’s never bought more than enough. But one day a year, she goes to the nines. That day is April Fools’ Day.

I was raised by the Martha Stewart of pranking.

There were the standard tricks she rotated through every few years so we wouldn’t remember them — mayonnaise in the lotion bottles, bricks in the backpacks, plastic food in the lunch boxes, that sort of thing. She often turned our alarm clocks forward a few hours so we showed up early for school. Rarely was there any playful afterword to these pranks. She never helped us clean up the airsoft pellets that spilled all over the kitchen when we went to get a cereal bowl. She never gave us a contingency plan for lunch. She always made us sit with our brick-filled backpacks in front of the school, waving at the morning janitors through locked doors. Now and then she would circle back around and take us to breakfast after letting us sweat it out for a bit, but mostly, she was merciless.

She was also profoundly strategic. Every year she made one of two dramatic announcements: either we were moving or she was having a baby. We learned to disregard these April 1st declarations at our peril. We thought it was just a throwaway trick, but no. Oh, no. It was part of her long game. One year, she was actually pregnant. It took us several months to believe her.

There was also a grand finale each year, something elaborate and unexpected. One year she colluded with my friend’s mom and woke us up in the middle of the night at a sleepover, shouting about the house being on fire. We ran into the front yard in absolute hysterics. Another year she stole one shoe of every pair I owned, put them in the trunk of my sister’s car, and then hid the car miles away. It took us a week to find it. My freshman year of college she recruited my uncle to call me from a BYU number and tell me I’d been reported for Honor Code violations and was being kicked out of school. Naturally, I started bawling.

Strangely, I hold no grudge for these offenses. In all honesty, I admire them. I learned some important life lessons by being targeted so blatantly by the woman who gave me life. By being strategic my mother taught me that parenting could be fun and mischievous. By being merciless she taught me that I could take a joke.

I spoke with her on the phone the other day. She’ll be staying with my husband and I on April 1st this year, taking care of her new grandbaby, her first grandbaby.

“With you being in such close range again, I’m terrified, Mom,” I joked. “We’re more vulnerable to attack this year.”

“Oh no,” she replied casually, “I’m retiring from all that. It’s too hard to trick you guys anymore.”

And for a brief moment, my body relaxed. “Maybe she’s passing on the torch,” I thought. “Maybe it’s my turn to plan elaborate tricks to play on my daughter. Maybe the next generation of pranking is beginning and the old is being laid to rest.”

And then, I snapped back to reality and realized what she was doing. My mother — the April Fools’ Day legend — was getting me right where she wanted me.

Music at BYU athletics strive for popular, upbeat, and most of all, clean Next post