6 easy to moderate hikes in and around Bryce Canyon 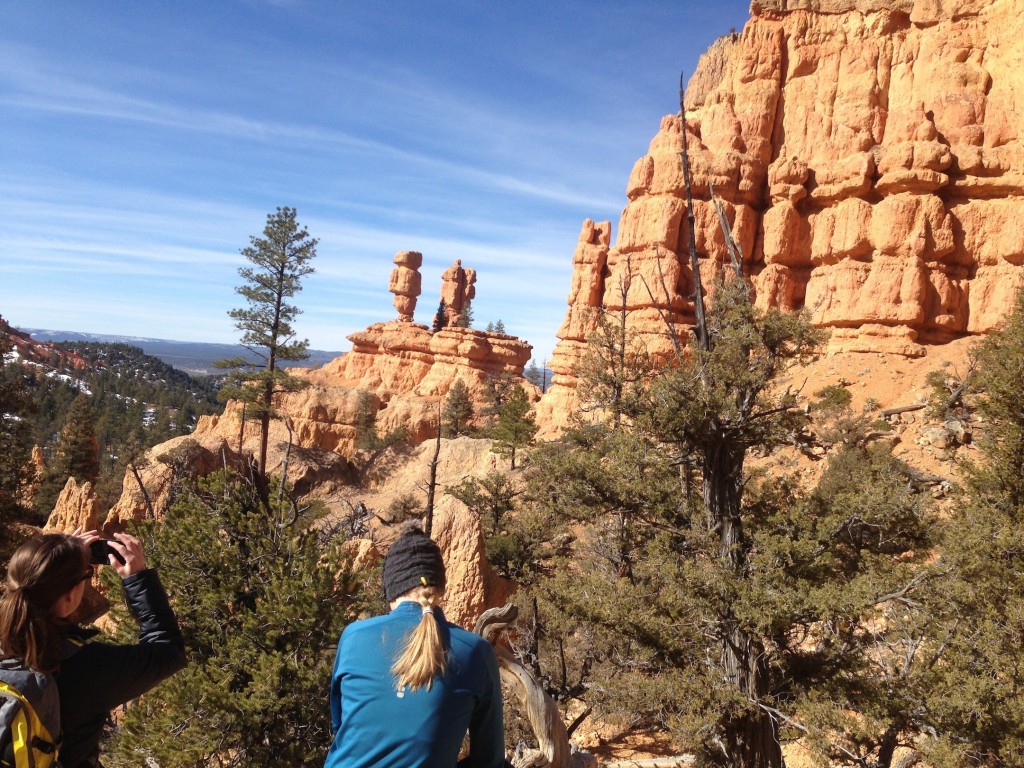 Snowshoeing in February sounds like a pretty sure plan, especially during a frigid winter, right? That’s what my friends and I thought when we planned a Bryce Canyon trip for Presidents Day weekend — but Mother Nature had other plans.

Rolling with the weather, we had wonderful — albeit muddy — weekend hiking in and around Bryce Canyon National Park, located 3-3 ½ hours south of Utah Valley. Here’s a roundup of our six favorite trails: 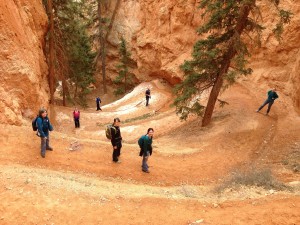 Bryce Canyon is famous for its hoodoos, and this trail (or, rather, combination of three trails) is the best way to see them up close. It’s not a short hike — our group took four hours to traverse 6 ½ miles — but there’s not a section I would skip to get the full experience, with its phenomenal views of the Bryce Amphitheater. The hike began with a descent along the steep switchbacks of the moderate Navajo Loop at Sunset Point. Then went on the strenuous Peek-A-Boo Loop Trail, which gets its name from a series of climbs and drops. From there, we went the extra mile (literally) to trek the Queen’s Garden Trail, which is moderate but steep. Tired as we were, it was worth the extra effort to see the magnificent rock formations, including one that looks like Queen Victoria in profile. The trail also provided a more gradual ascent than the Navajo Loop, which our tired legs appreciated. The trail’s ups and downs can wreak havoc on hikers with knee problems, so bring a brace—but don’t let its intensity keep you from enjoying its beauty. 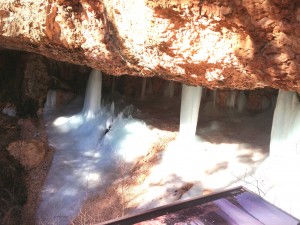 On the road between Tropic and Bryce Canyon, the Mossy Cave Trail is a quick, easy hike, perfect for children, seniors, or others to get an up-close view of hoodoos. In less than a mile—most of which is on a flat or gently sloping trail—you pass beautiful sandstone formations and reach the intriguing namesake cave, with green moss growing under the red rock overhang. During the winter, it’s filled with icicles. There’s also a well-known waterfall off of the right fork, but at this time of year, it was no more than a small trickle.

Another relaxing, rewarding trail is the Nature Walk in Kodachrome Basin State Park. Dotted throughout the gravel, wheelchair-accessible half-mile loop are educational signs highlighting the local flora and fauna (including the intriguing cryptobiotic crust). Be forewarned: Kodachrome Basin has no cell phone service, so plan accordingly.

Another half-mile trail in Kodachrome Basin State Park leads to the park’s only large natural arch and offers spectacular, panoramic views of the entire Kodachrome Basin. The arch was named not after the Bard but after its discoverer, Park Superintendent Tom Shakespeare, and his ancestors who settled the area. Hardcore hikers can continue on the trail, a loop with increasing difficulty in its final 1.2 miles. We opted to leave the way we came. 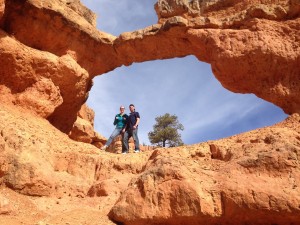 Hikers Christina Davis, left, and Jeff VanDyke strike a pose within one of the 15 arches along the Arches Trail in Dixie National Forest. (Photo by Christa Woodall)

The Dixie National Forest caught my eye as we drove through to Bryce Canyon, and I was thrilled to hike around it before heading home. We started out from the Red Canyon Visitors Center, which had a wealth of helpful signage showcasing several trails. We combined the Pink Ledges and Hoodoo trails for 0.7-mile loop with gorgeous views of the surrounding area.

When we read about the Arches Trail’s 15 arches, we were skeptical — and were pleasantly surprised to find almost all 15 as we trekked the easy-but-steep 0.7-mile loop. Several are right along the trail, making for wonderful photo ops. The drive to the Losee Trailhead in Dixie National Forest isn’t paved, so depending on weather and road conditions, it may be a bumpy ride — my Honda Civic survived the muddy, rutted road, but I had SUVs assessing road conditions ahead of me.

Elder Holland's 10 best talks of all time Next post