Home News Top 10 ways to save at Disneyland Resort

Top 10 ways to save at Disneyland Resort 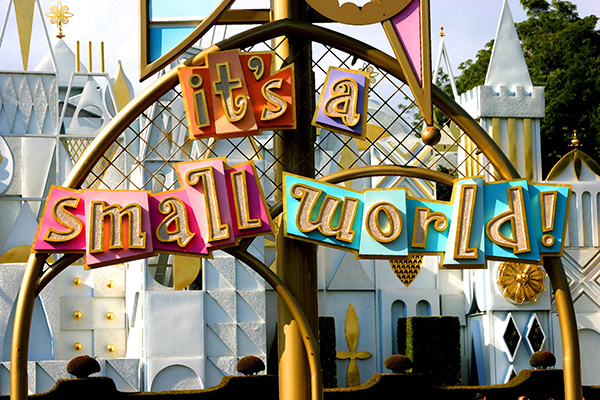 “It’s a Small World” is one of the most popular attractions of all time at Disneyland Resort.

You could say Rachel Meyers really likes Disneyland. The 37­-year-old Orem mother of four frequently writes about it for her blog Positivelymommy.com. She also films YouTube videos about the Happiest Place on Earth. Oh, and she’s written a book titled “The Cheap Family’s Guide to Disneyland: How to Save $1,000 and Still Have Fun,”  available through Amazon. She says she plans to take her children, ages 6 months to 12 years, three times this year. She is also planning a trip to Walt Disney World Resort in Florida. Here, she shares 10 top tips for saving time and money at the House of Mouse.

1. Shoot for the off season

The best times to travel to Disneyland are January, February and roughly October 7 – November 21, said Meyers. Weekdays, too, are far less crowded than weekends. Traveling in the off-season will save you money on hotels and will mean less time standing in line. Even dining with Disney characters, which Meyers says is worth the splurge, is generally cheaper in the off season.

2. Scour the web for deals

You can save hundreds of dollars by perusing Disney deals sites such as:  mousesavers.com, getawaytoday.com and smallworldvacations.com. 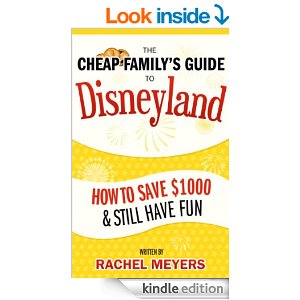 Staying on-resort at Disney hotels can be fun and comes with perks like early admission and a free FASTPASS, said Meyers. However, the Disney hotels typically don’t offer free breakfast or parking. Staying at an off-resort hotel could save you as much as $500 on a 3-day stay. Meyers recommends the Park Vue Inn, right across the street from Disneyland. This establishment has a free full breakfast and parking.

4. Price out how to get there

It generally costs about $500 to drive to Disneyland (with an overnight hotel stay, food and gas), said Meyers. Sometimes it can be cheaper to fly, she says.  If booked far enough in advance, Allegiant Air flies from Provo to Los Angeles on Monday and Friday for about $50 each way.

Few things are as frustrating as waiting in a long line for a ride only to have your child decide that it’s too scary at the last minute. If in doubt, preview the ride (such as Snow White’s Scary Adventure) with your child on YouTube. You can see all rides and attraction videos here.

Minimize your wait time by using the website Touringplans.com to find “crowd” calendars for the dates of your vacation. This will give you an idea of how busy the park will be. The website also has several pre-made plans that will give you an hour-by-hour plan for visiting Disneyland. You can also use their top-rated “Lines” app for your smart phone, which gives both Disney’s official wait time for each attraction, as well as the actual expected wait time.

Disney offers several ways to cut your wait time in line. FASTPASSES allow you to skip the general line and go into an expedited ride for each attraction. You can collect one FASTPASS per hour. (To speed things up, send one member of your party with all the entrance tickets to collect FASTPASSES and have everyone else wait in a general line.) Also, take advantage of shorter lines for single riders, and the child swap program that allows parents with young children to take turns riding rides.

You can bring some prepackaged food with you into Disneyland Resort. Meyers suggests bringing ready to eat GoPicnic meals instead of eating the much pricier meals in the park. You can also bring snacks from home like Disney princess-themed fruit snacks for your children to munch on during the day.

Decide beforehand how much your children can spend on souvenirs, and stick to your decision, says Meyers. (You can have your children earn money for their own souvenirs by doing extra chores before your trip.)  Check out the Disney Store Christmas sale for great deals on toys and princess dresses for little girls. For another fun souvenir, bring a ­shirt and a permanent marker to have characters sign it with.

If you plan to go to Disneyland multiple times a year, it is probably worth it to get a season pass (called an Annual Passport).  These offer discounts in the park, and a perk that Meyers said is hard to beat: “You can go as much as you want!”