Home Life Home and Garden House of history: Brent Brown’s home brings the past to the present in style

House of history: Brent Brown’s home brings the past to the present in style 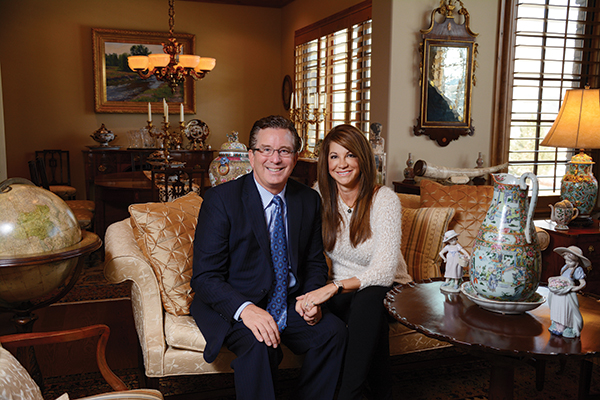 Brent and Mona Brown are surrounded by history in their Provo living room. The couple also has a sizable collection of authentic Coca-Cola memorabilia. (Photo by Dave Blackhurst)

Most people would guess that the garage would be the most impressive part of Brent Brown’s home. But when you step inside the residence of Utah County’s most well-known car dealer, you’ll quickly see he leaves his passion for cars at the office. At his Provo home, it’s all about furniture — but not the revved up kind you’d see on today’s showroom floor.

Brent and Mona’s home is filled — from floor to ceiling — with beautiful American furniture dating from 1730 to 1820.

Brent has had an affinity for American history since high school and is the master curator of his collection. He has purchased many pieces on trips to the eastern United States and has developed a discerning eye.

“He has a gift for it,” Mona says. “He can tell when and where a piece was made just by looking at it.”

Brent loves the stories about the people who were driven to create the furniture.

“I have deep respect and appreciation for the colonial people. When they came to America, they didn’t have much, but the one thing they did have was an abundance of wood,” Brent says. “And they were impeccable craftsmen. When you look at the detail they put into each piece, it’s incredible. What’s more amazing is that they did it all by hand.”

Every item in Brent’s home is one-of-a-kind and carries its own piece of history. One of Brent’s favorite experiences was when he purchased an antique desk and later found writing inside that gave a chronological order of every family member who owned it. In the antique world this is referred to as the “provenance” of the piece.

“Many of these pieces would usually be in a museum,” Brent says. “And even though they are valuable, we don’t just look at it — we use all of it.”

The businessman in Brent knows that when he buys an antique, it will only become more valuable with time.