Home LDS Being LDS Sneak Peek at ‘Heaven is for Real’: 10 images of heaven according to Colton Burpo

Sneak Peek at ‘Heaven is for Real’: 10 images of heaven according to Colton Burpo 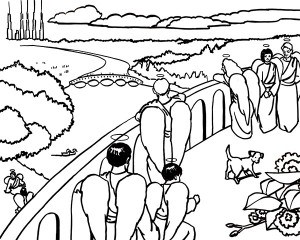 In heaven, everyone has wings (except Jesus) and it’s always light, according to Colton Burpo.

Four months after his emergency surgery, 4-year-old Colton Burpo started telling his parents about experiences he had in heaven while he was lying in the hospital bed having an emergency appendectomy.  When the little boy from small-town Nebraska described where his mother and father were during the surgery and what they were doing while he was “up and out of his body,” Colton’s parents, Todd Burpo (a Protestant pastor) and Sonja Burpo, knew he was telling the truth.

They decided to share Colton’s message of faith through a book, “Heaven is For Real,” which is now a New York Times best seller. A film based on “Heaven is for Real” will be in theatres on April 16th.

Before Colton’s descriptions of heaven are released on the big screen, we thought we’d give you a sneak peek. Here are some of the things little Colton says he saw:

1. Angels sang to him because he was scared. He asked them to sing, “We Will We Will Rock You,” but they wouldn’t.

2. Colton describes heaven’s gates as being made of gold with pearls on them. The city of heaven, he said, is made of something shiny, like gold and silver. There are more colors in heaven, and the flowers and trees are beautiful. Colton says he saw animals of every kind — including Jesus’ rainbow-colored horse and dogs, birds and friendly lions.

3. Colton says he sat on Jesus’ lap at one point while he was in heaven. He says Jesus has brown hair and hair on his face. He told his father that Jesus’ eyes are so pretty.

4. Colton says Jesus had “markers” in the palms of his hands and on the tops of his feet, and that he wears white with a purple sash and a gold crown with a pinkish diamond in the middle. 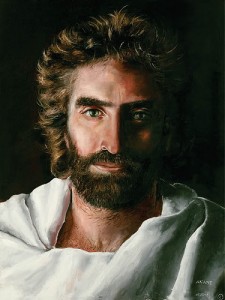 This painting of Jesus Christ by Akiane Kramarik is what the Savior looks like, according to Colton Burpo.

5. Todd and Sonja Burpo showed Colton many paintings of Jesus to find out which one he thought came closest. It wasn’t until he finally saw the painting of Christ by 8-year-old prodigy Akiane Kramarik, who claims to have seen heavenly visions from the age of four, that Colton said it was right. After Kramarik continued to share her visions of heaven and turn them into life through her paintings, her atheist mother started believing in God.

6. Colton told his parents about meeting his sister in heaven, whom his mother had miscarried before Colton was born, and whom the parents had never spoken to Colton about. He says this sister looked a lot like his living sister, Cassie, but was smaller and had dark hair. Colton says she wouldn’t stop hugging him.

7. Colton also claims he met his grandfather, who died 30 years before Colton was born. When Colton’s father showed him a photo of “Pop” shortly before he passed away, Colton didn’t recognize him. When his father showed him a photo of “Pop” at 29 years old, Colton instantly recognized him as the man he spent time with in heaven. Colton told his father that no one is old in heaven. 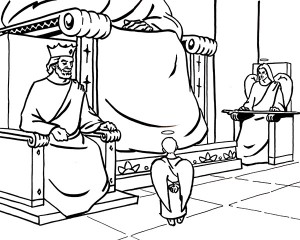 9. Colton claims to have seen God’s throne, which he describes as “really, really big” and says Jesus’ throne is “right next to his dad’s,” on the right, and that Gabriel’s throne is on the other side. Colton says he saw Mary kneeling at Christ’s throne and at other times standing by him. He said “she still loves him like a Mom.”

10. Colton says it never gets dark in heaven, because God and Jesus light it up.

To learn more about Colton’s entire story, as told by his father, Todd Burpo, click here.