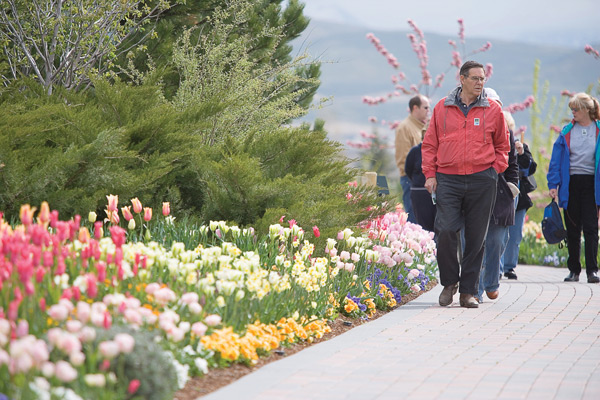 The Tulip Festival at Thanksgiving Point provides people an outside experience that also helps them learn about and appreciate the earth.

When the first Earth Day occurred on April 22, 1970, the world took notice for the first time of the negative impacts humans have on Mother Earth.

On earthday.org, it says: “Thousands of colleges and universities organized protests against the deterioration of the environment. Groups that had been fighting against oil spills, polluting factories and power plants, raw sewage, toxic dumps, pesticides, freeways, the loss of wilderness, and the extinction of wildlife suddenly realized they shared common values.”

Now people try to make a difference on April 22 every year. You don’t have to be a protestor or tree hugger in order to participate and support Earth Day. Here are three simple ideas on how to celebrate Earth Day in Utah County:

It seems there’s always an event or activity happening somewhere in Utah Valley.

Azalea Day Spa & Salon is sponsoring a carnival, Carnivearth, to raise money for clean water in Utah. The family-friendly event will have games, pony rides, dunk tanks and more fun-filled activities to help out a good cause. Plus, Waffle Luv will be there. The event is on Monday, April 21 from 4:30 p.m. to 7:30 p.m. at Azalea Day Spa. Carnival events cost $1.

2. Gain a greater appreciation of the outdoors

It is a short drive from any city in Utah to get out of the city and into the mountains.

With trees budding and temperatures warming up, those who escape to the mountains will gain a greater appreciation for the outdoors — which might drive you to do something to help Mother Earth.

3. Change a habit to help the earth

Orem and Provo consistently rank among the top 25 U.S. cities with worst spikes in air pollution list, and Utah is known for its inversion problems.

Think about how your daily routine adds to air pollution and find a way to cut it down.

Try these tips to cut down your contributions to pollution.

Work it: 8 local summer jobs for your teenager Next post