BYU sees an influx of transfers from top-flight programs 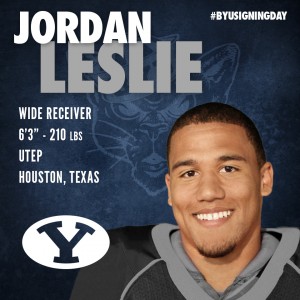 Next season, BYU’s football team will be bolstered by as many as seven players who began their collegiate careers at other FBS universities. Most notably is Jordan Leslie who racked up 125 receptions for 2,015 yards and 15 scores at UTEP in three seasons before transferring to BYU for his senior season.

According to Brett Pyne, Football Sports Information Director at BYU, over the past 10 years the Cougars’ roster has averaged approximately four players who have transferred from other FBS universities. Included among that group are players such as Max Hall, Uani Unga and Uona Kaveinga. The question is, why is BYU seeing a spike in the number of transfers this season and is this a trend that will continue?

There are many factors that go into a player’s decision to transfer ranging from academics, playing time or coaching and system changes. Take Leslie’s situation at UTEP for example. As a sophomore when he was playing for the pass happy Mike Price, he hauled in 51 receptions for nearly 1,000 yards and six touchdowns.

Price retired following the 2012 season and was replaced by Sean Kugler who came to UTEP from the Pittsburgh Steelers and installed an offense that put more emphasis on the running game. Leslie’s numbers suffered as a result. With the loss of Cody Hoffman, BYU’s all-time leader in receiving yards, touchdown receptions, and catches, Leslie has the opportunity to step in and contribute immediately.

Put me in coach

Both Nelson and Jackson were heavily recruited out of high school, but, for whatever reason, they weren’t able to make it work with their former teams. Transferring to another team gives their football careers a second life. Jackson in particular should help shore up the Cougars’ secondary that lost Daniel Sorensen to graduation. On the other side of the ball, BYU lost two of its top 3 pass-catchers, giving Nelson the opening he needs to compete for playing time. 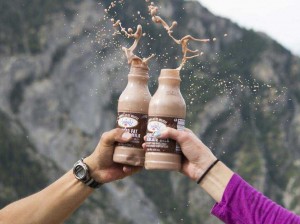 BYU has been the No. 1 “stone-cold sober” school in the nation for the past 16 years. (Photo courtesy BYU Photo)

There is a reason BYU is affectionately/derisively called the bubble.

It is different than most universities across the country, but that is what makes it attractive to LDS athletes. When an athlete is being recruited out of high school, a strict honor code might not be appealing. But as athletes mature, especially after serving an LDS mission, the rules don’t seem as oppressive. And the number of co-eds that share their values can’t hurt either.

Leslie, Nelson and Jackson are able to come to BYU without losing a year of eligibility because of an NCAA rule that allows players who have graduated to transfer to another university to pursue a graduate degree not offered by their current school. Most people aren’t going to argue that BYU is academically superior to Stanford, but BYU does feature a number of nationally ranked programs that could be attractive to players in similar situations as this trio of transfers.

Generation Y has a hard enough time deciding where to go for dinner, so big decisions like where to go to college are practically impossible to make. Penelope Trunk, popular blogger and career advice columnist, notes that when the going gets tough for millennials, they won’t necessarily complain or try to effect change. “They just won’t show up.” Trunk was referring to millennials in the work place, but it’s not hard to infer that college athletes of this generation would react in a similar manner, resulting in an increased number of transfers.

Regardless of the reasons why these players chose to come to BYU, they serve an immediate need for the Cougars. As Pyne notes, “Senior transfers with FBS experience will improve the team’s overall depth and talent and have the chance to contribute right away. They help address targeted needs with scholarship opportunities in the fall that won’t be available next winter.”

With missionaries coming and going at BYU, head coach Bronco Mendenhall and his staff have a difficult task of ensuring position needs are met from year-to-year. If Leslie, Jackson and Nelson are successful this season, expect to see more players like them joining the Cougars in the future.

BYU’s 2014 roster will be littered with players who started their careers at other FBS universities, but the Cougars are no stranger to transfers coming in and making an impact. The following is a list of the top-five players of the Bronco Mendenhall era who transferred from other DI schools. 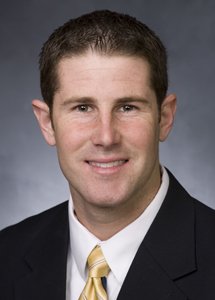 Non-LDS BYU commencement speakers (and what they said) Next post