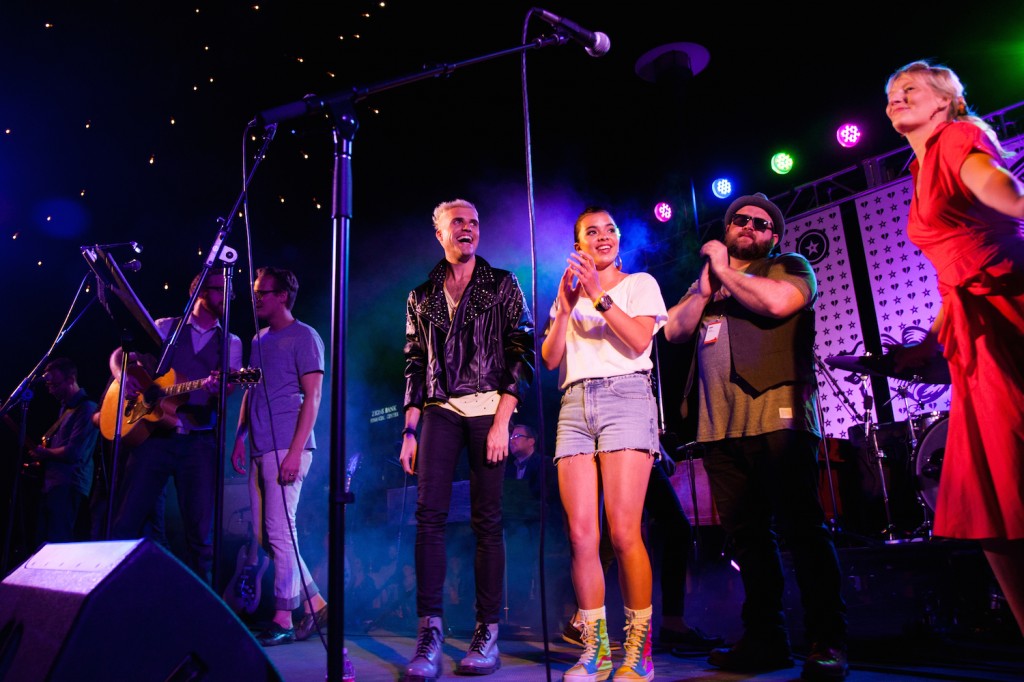 The lineup of performers at the July 2012 Tom Petty Tribute Rooftop Concert reads like a list of who’s who in the Provo music scene: Paul Jacobsen, Stuart Maxfield of Fictionist, Tyler Glenn of Neon Trees, Cristal Ramirez of The Blue Aces, Ryan Innes, and Sarah Sample, to name a handful. (Photo courtesy of Justin Hackworth)

As the setting sun bathes the backdrop of the Wasatch Front in a rosy glow, a capacity crowd tightly packs into an outdoor concert, eagerly awaiting music from the cream of Provo’s musical crop beneath a zigzag of white Chinese lanterns.

But the wall-to-wall masses aren’t seated on a grassy knoll or stone amphitheater. They’re on the roof of a parking garage.

When C. Jane Kendrick saw the spectacular view from atop the garage five years ago, she knew she and her team had found their venue — and the namesake for the Rooftop Concert Series, which enters its fifth season at 7:30 p.m. Friday, May 3, at 100 North and 100 West in Provo. 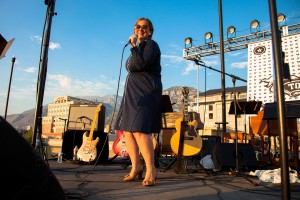 Kendrick was one in a group of local creative types tasked in early 2010 with a daunting objective: revitalize Provo’s seldom-visited downtown, and during a recession at that. The group’s winning idea was a free outdoor concert series.

Much to the surprise and delight of Kendrick and her colleagues, the series succeeded, and it’s become a Provo summertime staple.

“We love Provo, and we want to see the unique, creative, artistic and vibrant culture showcased like never before,” Kendrick said. “When I get up on the stage and see those high-schoolers’ faces, I think, I’m giving them something I never had growing up here. And that makes me so proud.”

Five years in, the Rooftop Concert Series has a crowd draw and a reputation that few concert series can match — especially considering that all acts come from Provo’s thriving music scene, said Stuart Maxfield, who has performed in and attended the series since its inception.

“Other cities have concert series, but I don’t know of a single one that has a concert series where the talent is local,” Maxfield said. “I’m blown away by that every time I go and have to literally fight my way to the front of the stage.”

Who: Desert Noises with openers National Parks and Strange Family

Tips: Arrive early, claim your seat, and grab dinner from one of the many local restaurants or food trucks lining the alley behind the garage, advised host C. Jane Kendrick.

Musicians are invited to play the Rooftop by the concert’s committee, headed by Kendrick, Sarah Wiley and Justin Hackworth. The trio sifts through the wheat and chaff of Provo’s music scene year round, looking for a lineup that mixes fresh and familiar.

“We always say to bands, don’t come to us, we’ll find you,” Kendrick said. “If you’re doing what your supposed to be doing to get your name out, we’ll know who you are. … We do our homework. When it’s time to navigate the concert schedule, we usually know exactly who we want.”

One of the fresh faces on this year’s lineup is Mimi Knowles, fresh off winning Velour’s 2014 Battle of the Bands. Knowles said he felt “flattered, honored, (and) giddy” to be invited to the Rooftop stage.

“The first time I heard about Rooftop was when Imagine Dragons played (in 2011),” Knowles said. “All my friends said they were amazing and were gonna be the next big thing. Last year, I set some goals for myself, one of them being to play Rooftop. I’m excited and honored that my goal will be realized.” 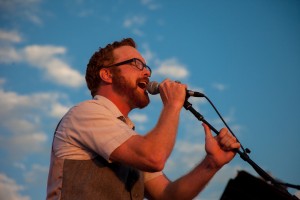 “One of the things I have always wanted to help create is a sense of community within the music scene,” said Paul Jacobsen, a local musician who has performed in the series’ last four seasons.

Jacobsen was asked to gather a group of musicians to play the Beatles’ Abbey Road album in July 2011, and the concert was such a hit, he’s put together a tribute show each July since: the Beatles, the Rolling Stones, Tom Petty, and this summer, the songs of Woodstock.

The artist roster reads like a who’s who in the local music scene.

“I love bringing together all these different artists who are all working so hard on their own projects and seeing how they overlap and interact and check their egos and cheer each other on,” Jacobsen said. “When the July show finally rolls around, I always get a bit emotional that my hyper-concentrated month of immersing myself in this scene with these talented people is winding down. Plus, it’s a whole lot of fun.”

Each year, the series’ popularity grows, along with the crowd’s expectations. Innovations like a bigger stage, more audiovisual feeds (including a street-level screen added for 2014), and online broadcasting help keep the concerts accessible to all who want to participate, Kendrick said. Sponsorships from Google Fiber, Provo City and a number of local businesses more keep the concerts free.

Ultimately, Kendrick and her team reached their objective from that brainstorm session five years ago.

“The Rooftop Concert Series has been a large reason many people are rediscovering downtown,” said Provo Mayor John Curtis.

You don’t have to go to the Rooftop to see the concert. It will be broadcast online via rooftopconcertseries.com, cjanekendrick.com, and Provo’s Channel 17 (which will also show performances on television).

See this summer’s lineup of artists for the Rooftop Concert Series here.

The best of the best: Spanish Fork’s McKinley Brinkerhoff Next post