The truth about being a parent 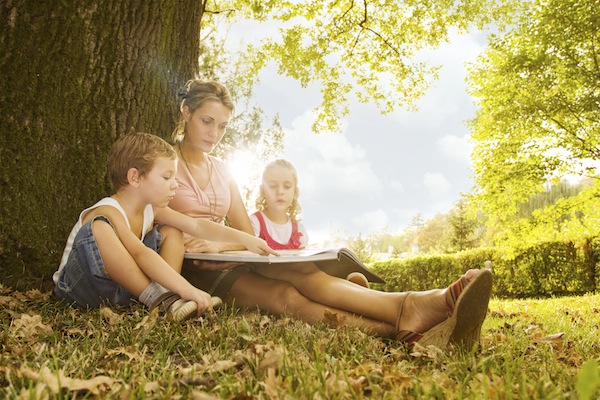 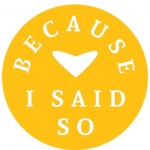 I dropped my 5-year old daughter off at dance class and had about 35 minutes to kill before I needed to pick her up. Most of the time we go back home, but that day the sun was shining so I decided to take my two boys to the playground across the street.

There is a six-year age gap between the boys, my oldest and my youngest. They get along well but don’t play much together. It did my heart good to see my 7 year-old Luke chase after  18-month old Clark, take him down the twisty slide and push him on the swing.

Partway through our playtime, another mom showed up with her little guy — he looked around the age of my baby, maybe 2 years old. His mom chased him around while I took Clark to the swing.

I zoned out pushing him back and forth. When I looked up, I was surprised to see Luke heading down the twisty slide with this other little boy. Apparently, the tenacious toddler had climbed to the top of the slide but was too scared to go down alone. He wanted his mom to go down with him but — as I’ve learned firsthand — tube slides are made exclusively for short, childlike bodies. Luke saw the distressed toddler and offered to help him down.

The mom was grateful for his help and I …  well, I was beaming. I was really proud of him for recognizing a need and stepping up to help. It was definitely a proud Mom moment. Truthfully, it had been awhile since I’d had one.

That experience got me thinking. Not about what I great job I’m doing as a parent or how utterly fantastic my kids are, because I’m an average parent and my kids are just like everyone else’s kids. No, I started thinking  — remembering, really — how fantastic it is to be a parent. There is nothing like the feeling of love a parent has for a child. Yes, parenting is exhausting. Yes, it is frustrating. Yes, it is messy. Despite all those things, yes, it is hands down worth the sacrifice and effort.

The unattractive parts of parenting get a lot of play on the Internet. We parents swap crazy stories about whose baby went the longest without sleeping through the night or whose toddler threw the biggest tantrum in Wal-Mart or whose teenager is the most unreasonable mostly as a coping mechanism so that we don’t go insane. It is therapeutic to unleash frustrations, talk through problems and receive (sometimes helpful, sometimes not) comments that let you know you’re not the only one struggling at this parent gig.

But what parents often fail to point out is that even though they’ve never been so miserable, they’ve also never been so happy. Parenting brings the highest highs and the lowest lows. It’s a paradox familiar to every parent. There is no need to point it out to others with kids, but I think we should, anyway. Our kids — and especially our terrified family members and friends without kids — need to know that we think being a parent is awesome.

We need to tell them that there is nothing like holding a newborn in your arms for the first or even hundredth time. Nothing like the sweet smell of their head, the rise and fall of their chest against yours, or that little pretending-they-are-eating-when-they’re-sleeping thing they do with their lips.

Yes, parenting is hard. There are good days and there are bad days. There are moments of pride and moments of disappointment. But despite the sleeplessness, the stress, the stretch marks and the wrinkles, we love our kids. And being a parent is always worth it.