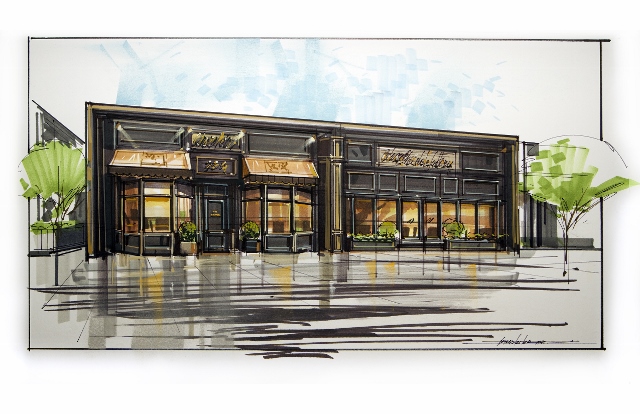 This rendering shows the retail location Taste, which will sell fine foods and Coleman & Davis Artisan Chocolates. Taste is set to open in June on University Avenue in Provo. (Photo courtesy Phil Davis)

There’s a new chocolate factory coming to Provo, and you won’t need a Golden Ticket to enter. But it’s fair to say that owner Phil Davis is every bit as passionate about chocolate as the candy man portrayed in the 1971 movie “Willy Wonka & the Chocolate Factory.” Think Gene Wilder’s Wonka-y exuberance, if Gene Wilder looked a whole lot more like Brad Pitt.

Davis, a 41-year-old single Provo resident, hopes that Coleman & Davis Artisan Chocolate will be the premier maker of chocolate. Anywhere. In. The. World. Move over, France and Switzerland. Davis and his business partners want to put Provo on the chocolate-making map.

To do so, they’ve purchased a 6,000-square-foot space on University Avenue in Provo that will house the chocolate factory (coming in the fall) and an adjoining retail location, Taste. Taste is scheduled to open in May or early June and will sell imported cheeses, high-end balsamic vinegars and, according to Davis, “the world’s finest olive oils of such a superlative quality that they are best sampled from a shot glass.” Most importantly, Taste will sell the company’s chocolates.

“At the level it is today, the world of high-end chocolate has only existed since 2004. It’s still being defined,” said Davis. “I intend to take chocolate to the next level, in a way that’s never been done before. Coleman & Davis Artisan Chocolate is destined to become the world’s finest chocolate manufacturer.” 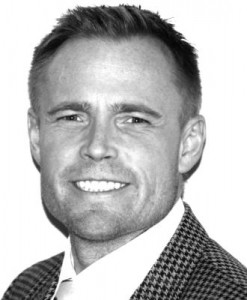 If that sounds wildly ambitious, friends and family say that’s Phil being Phil, and that he just might do it. He’s already co-founded and sold a successful commodities futures fund, the U.S. Commodity Fund and Firestorm Group, a venture that’s given him the financial freedom to focus full-time on chocolate.

“Phil doesn’t do anything halfway,” said Morgan Coleman. He and his wife, Char, and his parents, Michael and Jackie Coleman, are business partners with Davis.

“When Phil has an interest in something, he learns all he can about it and becomes an expert in it,” said Morgan Coleman. “Then he shares it with everyone he can.”

Chocolate has been a lifelong passion for Davis, who first read an article about acceptable ingredients at age 8.

“I immediately went out and acquired every chocolate that I could get my hands on and started ordering and ranking,” he said.

By age 17, he was hosting cheese and dealcoholized wine tastings for friends, and chocolate tastings by age 26.  In search of the perfect cacoa bean, he’s done everything from attend the Parisian Salon du Chocolat to negotiate with farmers deep in the Venezuelan jungles.

Along the way, Davis served a proselytizing mission for The Church of Jesus Christ of Latter-day Saints in Pittsburgh, Pennsylvania, and graduated from Brigham Young University in 1998 with a degree in political science. He spent three years with IBM, working his way up through technical writing, marketing and product design and development before co-founding the commodities futures fund.

Sometimes, his passion for food and the outdoors overlap, as when Davis is out cycling and stops to taste a wildflower or mushroom, said biking buddy Dan Larson, a 35-year-old Provo resident.

Davis has an incredible palate and wants to teach others to appreciate the richness and wonder of food, Larson said. At Davis’ chocolate tastings, which he often hosts in small groups at someone’s home, he’ll teach attendees to smell the dark chocolate, rub it with their fingers to warm it up, and then hold it in their mouths for a minute or two to fully appreciate the different flavor notes. It’s an experience Utah County residents will be able to have soon at Taste.

“How one tastes chocolate is as important as what one is tasting. At Taste, we will teach the chocolate novice and most ardent chocolate enthusiast how to experience chocolate at a new level,” said Davis.  “Proper technique lays bare the weaknesses of poor chocolate and makes the greatness of the best chocolate accessible and discernible,” said Davis.

One bar, one morsel, one bite at a time.