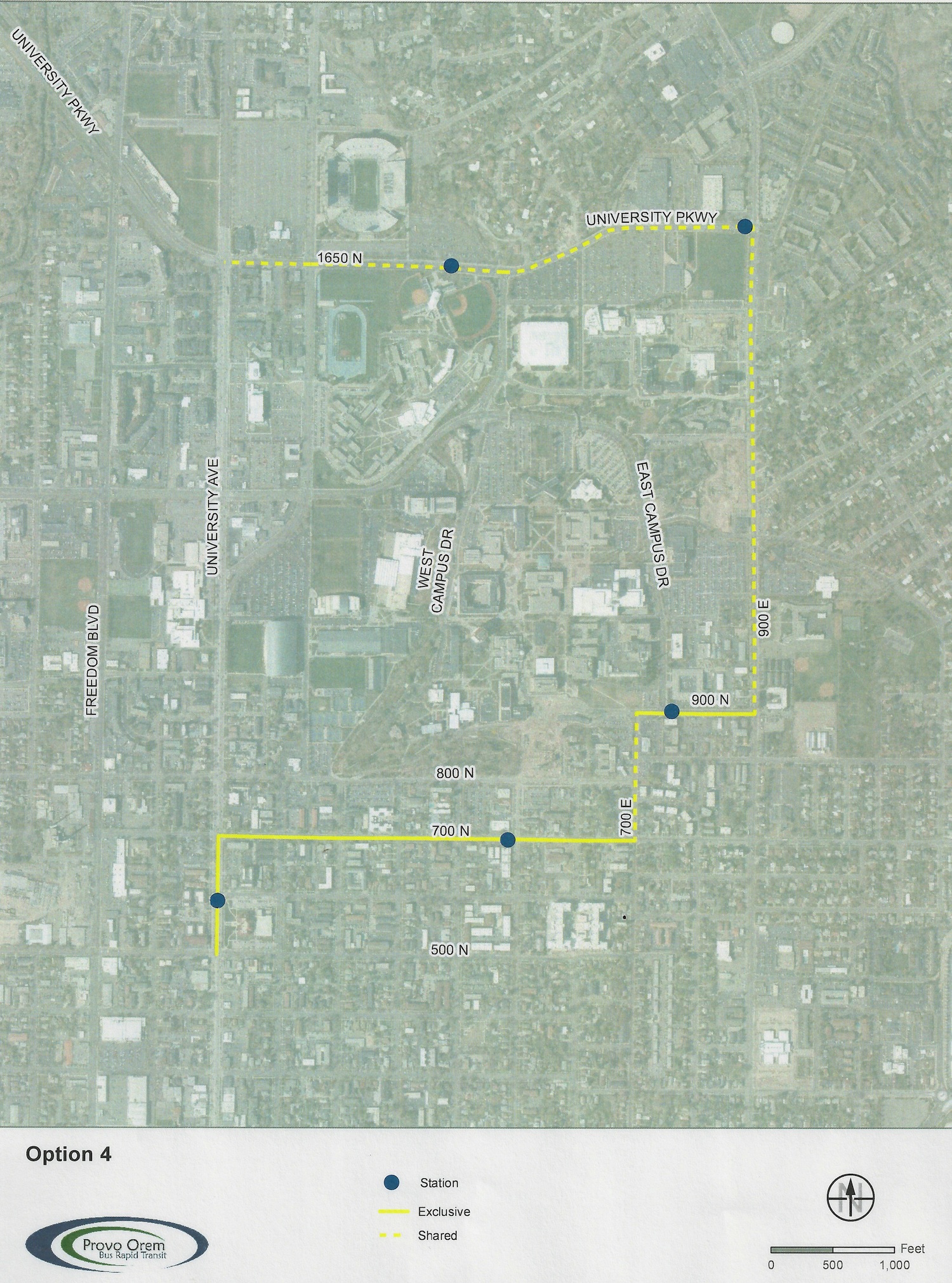 Provo city council’s focus on bus rapid transit on Tuesday slowly shifted away from route choice to how to protect people who live and go to school along the future route.

The council was set to vote on a resolution that listed specific mitigation measures that UTA would take along the route to address safety and noise issues, but instead voted to delay the decision until its first meeting in June. The delay will allow interested parties — city council members, UTA officials, neighborhood representatives and school leaders — to discuss what the issues are and what can be done.

In March, the council hired a group to do an independent analysis of BRT routes though Provo, to determine whether UTA’s preferred route, called Route 4 — from the Provo FrontRunner station up 700 North and across 700 East over to 900 North and then up onto 900 East to University Parkway and then through Orem — was the best for the city. Last week the group presented a draft report of its findings to the council, stating that Route 4 was the best alternative, at a work meeting and this week did the same at a regular council meeting.

Also in March, the council voted to support the preferred route, unless the independent analysis came up with a “game changer,” and the council’s discussion on Tuesday night reaffirmed that vote. But the council also addressed safety and noise issues BRT will cause for people who live and attend school in the area. The proposed resolution called for UTA to do some specific things — build circular driveways along 900 East where feasible, install sound hedges and do traffic calming — but Steve Meyer, UTA’s chief capital development officer, said the agency couldn’t commit to specific mitigation measures Tuesday night.

“We haven’t gotten to that detail yet,” he said.

He said he didn’t know what a sound hedge was, that some people may not want a circular driveway and didn’t know what city engineers would think appropriate traffic calming was. He also was concerned because UTA hadn’t vetted the listed mitigation measures.

Riverside neighborhood chairman Mike Roan expressed similar sentiments during the meeting, wondering how the council could obligate UTA, an agency over which Provo has no control, to build something.

“I am totally frustrated with you as a city council,” he said.

The council heard from other residents, some of whom still questioned the need for BRT in general and Route 4 in particular. Meyer said UTA does a thorough analysis of a project two years after it’s implemented, and that would be done for BRT in Utah County.

'The Perfect Storm': Why hope for an undefeated season is justified Next post