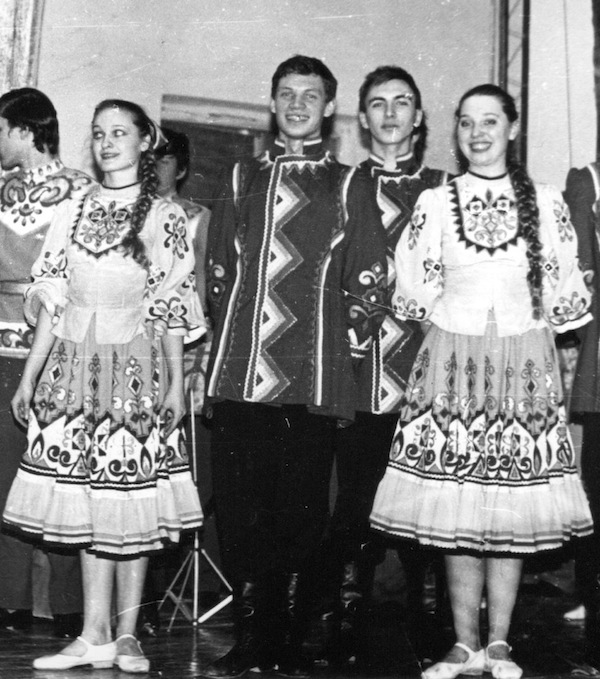 Looking at a Fancy Built playhouse, it’s hard to believe that it is a place meant for kids.

The adobe walls, detailed designs, finely thatched roof and working electricity are the caliber of a home that full-grown adults live in, just on a smaller scale.

With all the intricate details and obvious care by the craftsman’s hands, it is even harder to believe that construction wasn’t something creator Sergei Dengin planned on doing growing up.

Growing up in a closed city in Siberia, Sergei got involved with folk dance when he learned that there were opportunities to travel outside Siberia. After being drafted into the Russian air force when he was 18, Sergei returned and worked his way up to the top team with the traveling professional folk dance company.

Then luck played on Sergei’s side — the company had a chance to perform in America.

“I didn’t want to waste my time sleeping when I had all this experience I could be experiencing,” Sergei said about coming to the U.S. for the first time.

While he was visiting with another successful Russian emigrant in New York, one of Sergei’s fellow dance teammates suggested that Sergei emigrate. Sergei asked this Russian emigrant for help and he agreed to become Sergei’s mentor.

From that point on, 20-year-0ld Sergei had his eyes set on America.

Sergei called his mentor from home in Siberia over the next few years looking for help to move to America, but the assistance wasn’t coming soon enough for Sergei.

When his dance company announced a tour in Spain, Sergei decided he would not be returning home with his company. After all, Spain was that much closer to the U.S.

Once again, luck was on Sergei’s side as he befriended some Americans, despite his inability to speak English, at the folk dance festival who agreed to pay for his ticket to America. After faking his return to Russia and explaining himself to police, Sergei was finally on a flight to the United States. 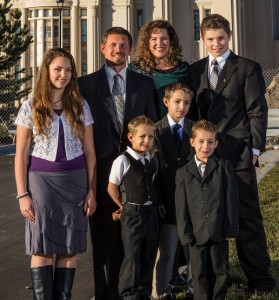 Building a life in America

The Americans, Spanish Fork residents Kent and Mary Jex, who bought Sergei a ticket to Utah also adopted him into their family.

“When I came to American for the second time, I was 23, but I had a 15-year-old mentality,” Sergei said.

He didn’t know what his next step was, but under the Jex’s guidance, Sergei began to build a life for himself in America. He worked for Kent’s construction company, learning his first lessons in construction. Later he got accepted to BYU where he studied for three years and met his wife Jennifer, who was a teaching assistant for one of his classes.

Eventually, Sergei decided he didn’t want to do information systems and returned to construction where his heart really belonged. He began designing and building houses on his own until the dark cloud of the dying economy hit.

The fruition of Fancy Built

After the housing market crashed in 2008, people weren’t wanting to build homes anymore, leaving Sergei without any work to do.

“We sort of came to the point where we were like, ‘What do we have left?'” Jennifer said. “We lost two houses that we had to turn them back over to the lender because they wouldn’t sell. There was no work to be found anywhere, so we thought, ‘We’ve got some materials, we’ve got some tools, we’ve got some paint. Let’s put together a playhouse.”

“(Sergei’s) really talented — anything I can draw or envision, he can build it,” Jennifer said. 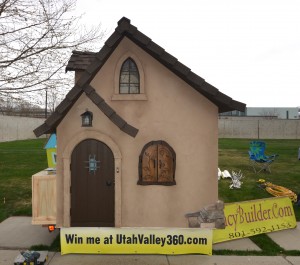 Fancy Built makes playhouses, chicken coops, sheds and other outdoor structures. Fancy Built and Utahvalley360.com joined together to give away this playhouse at the end of the summer. (Photo by Rebecca Lane)

Whether it is a basic storage shed, adorable chicken coop or an elaborate playhouse, Sergei has built a variety of different designs by drawing on his experience building homes, working on movie sets and other odds and ends of construction.

Between the 2008 market crash and the launch of Fancy Built in 2010, Sergei learned as he helped build movie sets beginning with Disney’s “John Carter.” On set, Sergei learned to use lighter materials that were sturdy and made making playhouses not such a heavy business.

“Because of those experiences and dealing with other people, I was just like, ‘I can do that,'” Sergei said. “I can incorporate things like that in my playhouses. In movies they use all types of materials, like cement and stucco and plastics and everything, to make it all work together. When I started (building playhouses), I came in like I’m going to build this big hefty house.”

Making playhouses is now everyday life for the Dengins. They work on about two playhouses a month and have a waiting list. Plus, Sergei built the set for the recently released popular LDS film, “The Saratov Approach.” (Sergei even made a brief cameo at the end of the film in the truck.)

Fancy Built has seen as much success as being recognized on a national TV show, NBC’s “It’s Worth What?” (Which, by-the-way, there playhouses go for between $3,000 and $30,000.) Their biggest accomplishment though is that they’ve created a family business where all five of their kids can help.

“The kids need to see their dad working,” Jennifer said. “They need to be around their dad. Not all families can have that, but I wanted that for our family.”

Long gone are the days of daydreaming and looking toward the future for Sergei. He’s found his way to America, worked his way through economic crisis and has a job where his family can work together.

“It wasn’t anything like a major game plan we had or a strategy to stay afloat and survive in the curve ahead of our competition,” Jennifer said. “No, we just stuck with our own idea and tried to make it as unique as possible.”

Now they have a unique idea that fits their own American dream.