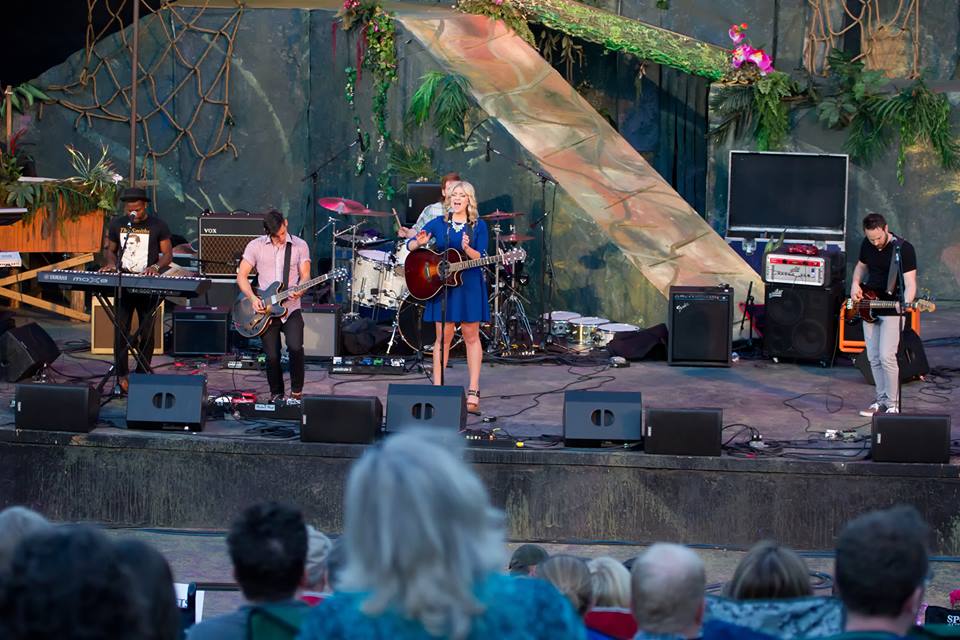 Singer Ashley Hess belts out a tune at the SCERA Shell in summer 2013. She’ll be touring Europe with a group of musicians from Seventy3 Creative in July 2014 as part of their Rise Above and Influence tour. (Photo courtesy of Ashley Hess)

This summer, a dozen local musicians will tour Europe to share a message of hope — and a fundraiser concert Saturday will help their tour dreams come true.

The Rise Above and Influence Europe benefit concert and silent auction, which will be at 6 p.m. Saturday at the Startup Building in Provo, will help raise funds to subsidize the group’s tour to London, Paris and Germany in late July.

In addition to music, the concert will include appetizers, Sammy’s shakes and a silent auction. The $20 admission ($15 if purchased online in advance) will go toward subsidizing tour costs. Performers taking the stage include Mimi Knowles, Ashley Hess, Kenz Hall, Tha Connection, Jenks, Leo Cody and Rilee Nicole.

On tour, the group will engage in service projects and perform for the USO, church groups and others, sharing their stories through the power of music, said Sam Schultz, head of Seventy3 Creative. 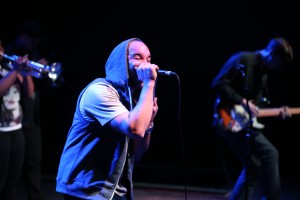 Mimi Knowles is among a dozen performers headed to Europe this summer to share a message of hope in the Rise Above and Influence tour. (Photo courtesy of Mimi Knowles)

“I’m a believer that everyone has a story, whether it’s divorce, whether it’s growing up around drugs or alcohol, or you’re an addict, or your dad died of cancer, or you were diagnosed with cancer,” Schultz said. “Whatever your story is, every day we have to rise above our story and hopefully become influencers. … Not only are we going to Europe — we’re making a difference.”

The musicians are part of Seventy3 Creative, a consulting group run by Schultz and Jacob Jones, who is a musician himself. The two and their team work with up-and-coming musicians to find the performers’ unique styles and understand the business and promotion side of the music industry.

Schultz has coached many performers who have gone on to perform on “American Idol,” “The X Factor,” “The Voice” and more.

“I feel like our company pops their limitation bubble,” Schultz said. “We all put limitations on ourselves, especially when talking about ourselves, our talents. We all compare ourselves to everyone else.” 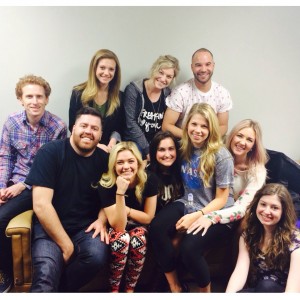 A dozen Utah musicians will head to Europe this summer to share a message of hope through the Rise Above and Influence Tour. (Photo courtesy of Seventy3 Creative)

Instead, Seventy3 Creative has created a community of diverse musicians who support one another in a highly competitive music scene. A group of their musicians did a similar tour last winter, sharing a message of hope.

The tour itself will be a collaborative experience, with the singers helping each other with backup vocals and support.

“We’ve created this network of artists who are on the same boat … but ultimately sharing their passion and their talents with each other,” Schultz said.

One of those artists is Ashley Hess, a singer who didn’t find her musical calling until two and a half years ago.

“I had different plans for what I wanted to do with my life — be a dental hygienist, get married, have children — but once I moved out to Utah for school and started doing what I thought I wanted to do, things started changing, and I wasn’t loving it,” Hess said.

An introduction to the local music scene sparked her interest in performing. Hess started teaching herself to play the guitar, worked on her voice, and said she hasn’t looked back since.

“I had to step up to the plate with experienced musicians and artists and hold my own in that situation, but the moment I started doing music, I knew that was what I wanted to do,” she said.

That’s the story she looks forward to sharing in Europe, she said.

“Whatever you want to do, it’s never too late to do it,” Hess said. “No matter what you decide or when, if you’re serious about it, you can make it happen.”

Rise Above and Influence Europe benefit concert and silent auction