Home Things To Do Art The artist next door: A closer look at two extraordinary artists you may not know are your neighbors

The artist next door: A closer look at two extraordinary artists you may not know are your neighbors 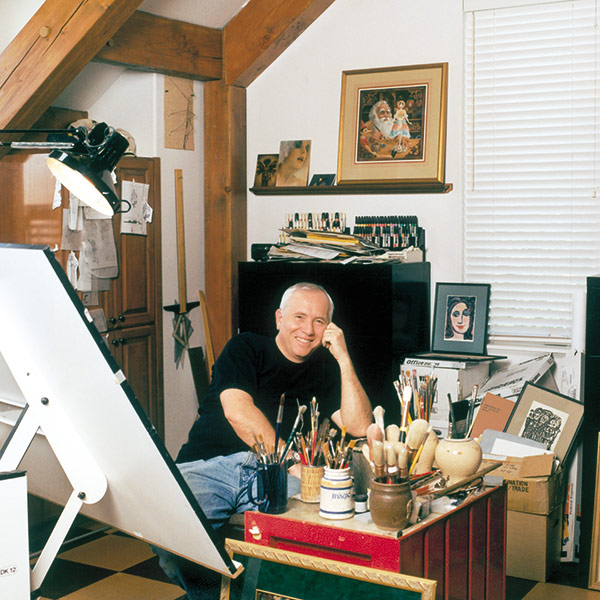 When Christina Ashby from Orem saw a painting of her dad as Santa, she was thrilled. What 5-year-old wouldn’t be? Later, when she was in high school, Ashby’s dad was Santa in a second painting. But this kind of thing isn’t unusual when celebrated artist James C. Christensen lives down the road. 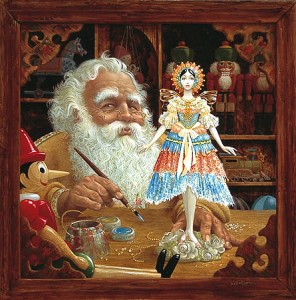 “We have three of his Christmas paintings that hang in my parents’ living room, two of which feature my dad as Santa,” Ashby said. “They don’t just hang there during the holiday season, but the whole year. It’s been that way since what seems like forever. As a kid I thought it made my Dad kind of famous to be in a painting, and who doesn’t want their dad to be famous? As a kid, I remember loving seeing people in the neighborhood in James Christensen’s paintings. One of my friends was in one of them — it hung in our elementary school. When we would go by it in the lunch line we would always say, ‘Hey, there’s Suzie!'”

Christensen is known for his imaginative artwork. His aim, he says, “always begins with a desire to connect with another imagination. My work is an invitation to let your imagination run wild, explore and make interpretations spontaneously.”

“His imagination is amazing,” Ashby said. “Put that together with his sense of humor and it’s just pure magic. I love his creativity and his attention to detail.”

As for Christensen’s off-canvas personality? Ashby says he wears a perma-smile, is outgoing, puts on a spectacular “Cul-de-sac of fire” every Fourth of July and is an incredible gospel doctrine teacher.

“I always loved it when we sat behind him in Church, because he would draw during the meeting,” Ashby said. “It was the most entertaining thing to watch. When I was older and some of his grand kids were in our ward, it was fun to see him direct his drawing towards them — elephants and other animals and things they liked.”

Virgil Jacobsen, associate director and curator of educational art at the Springville Museum of Art, says Christensen’s art and personality are one and the same.

“His personality is probably best described by his art,” Jacobsen said. “He is a character. He is fun-loving, he’s outgoing and he is always looking at the lighter side of life. That doesn’t mean he’s not serious, but he can always find humor and some of the things that make life special. And that’s what comes through in his work.”

Christensen’s art can be found in the Springville Museum of Art, along with almost 3,000 other works of art — 2,000 of which are by Utah artists. The museum was dedicated in 1937 by then apostle David O. McKay as “a sanctuary of beauty, a temple of contemplation.” Five years ago, apostle Dallin H. Oaks dedicated the new sculpture garden and re-dedicated the entire museum using that same phrase.

“It has a very special feel to it,” Jacobsen said. “Many people comment on that as they visit — not just the old Spanish Moroccan architecture but just the nice feeling of looking at art and contemplating life.”

The museum will hold its 90th annual Spring Salon, a celebration of acclaimed artists from Utah and across the nation, now through July 6th.

“There are many talented artists in Utah Valley that contribute to this,” Jacobsen said. “As you walk around and look at the labels, you’ll be able to see the influence that Utah Valley has on the Utah art scene. It’s significant.” 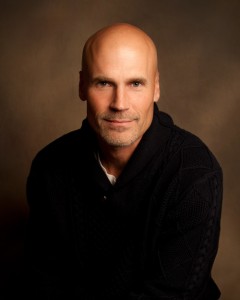 Another artist who contributes significantly to the Utah art scene is Chris Young, who also happens to be in James C. Christensen’s neighborhood. Ashby describes Young’s art as so realistic it looks photographic.

“Growing up, I watched the Young’s kids a few times and they always had art in their home,” Ashby said. “When he had a show coming up, he often invited neighbors to come over and check it out before it was shipped to the gallery. It was always and still is fun to go and see what he is up to.”

Ashby, a graphic designer for Covenant Communications gone freelancer, says seeing Christensen’s and Young’s success in their artistic careers as she grew up was an inspiration to her and her neighbors.

“It was not uncommon to see several pieces of art in people’s homes by both of these artists,” Ashby said. “I think it had a lot of impact on the neighborhood. We have several people who grew up with these two as mentors and who went into art in some way or another. They were a prime example of doing what you love and not being afraid of it. A lot of people think going into the art field means few job options and little money. They are both successful in what they do, and I knew that going the creative job route could be a successful one.”

We may not all be lucky enough to live right next door to one of these extraordinary artists, but there are plenty of opportunities to see their art (and possibly their cart at the grocery store) here in the valley. The Springville Art Museum’s 90th Spring Salon will feature pieces from James Christensen and one of his two artist daughters, Cassandra Christensen Barney. James C. Christensen’s art also hangs in the Frameworks gallery in University Mall. You can find Chris Young’s newest exhibition at Meyer Gallery in Park City June 27 through July 23.

Breaking the mold: Why a change will do you good Previous post

12 signs your teen is suffering from senioritis Next post