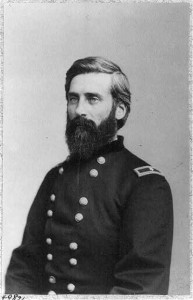 In conjunction with Memorial Day, FamilySearch.org announced significant updates to its free Civil War historic records collection online. Families can discover ancestors who fought in America’s Civil War by browsing the Civil War landing page for records of the 3 million soldiers who fought in the Civil War, including the 620,000 who died.

“Each soldier family has a story, and these stories are handed down from generation to generation,” said Ken Nelson, collection manager for FamilySearch, in a press release. “When you want to get the particulars of what that service was, you start going to these government records that document the service.”

“A majority of the men were in volunteer regiments raised out of counties and states,” Nelson said. “These regiments represented their homes.”

These records are useful for identifying any ancestors who lived during the time of the Civil War, whether or not they were in the military. Women served as nurses and worked in societies that sent supplies to the front lines; their stories are told in preserved letters and diaries. African-Americans are identifiable through Freedmen’s Bank and Bureau records, including correspondence and marriage documents.

“There is also a large number of articles, wiki links and videos on the Civil War page,” said Paul Nauta, FamilySearch public affairs manager. “They exist elsewhere on FamilySearch.org, but we pulled everything Civil War-related into one place to help anyone who’s interested in doing research on that period to have everything they need right at their fingertips.”

The updated collection includes access to millions of records, including Union and Confederate pension, prisoner of war, cemetery, National Soldier Home and census records. And even if your family isn’t related to any Civil War soldiers — most of the Saints had settled in Utah by the time the Civil War began — you can upload photos and stories to your FamilySearch Family Tree for other family members to view and enjoy.

“Our other hope is that people will take all of the fond memories that they have in family photos and stories and add them to their FamilySearch Family Tree so future generations — their posterity — can appreciate the shoulders that they stand on and the legacy that’s been left to them,” Nauta said.

The FamilySearch collections will continue to grow as additional records are made available.