In less than a day’s drive from Utah County, you could be in another world — one with aliens or dinosaurs or Vulcans. If you have ever wanted to see the settings for famous movies, here are some suggestions for quick but fun day trips from Utah Valley.

Monument Valley is the location for the movie “2001: A Space Odyssey.” (Photo courtesy Wikimedia Commons)

The opening scenes of “2001: A Space Odyssey” were filmed in sandy Monument Valley as an alien planet to which protagonist Dave Bowman travels. The 1968 film’s moon surface scenes are about six hours south of Utah County, almost in Arizona, near the Four Corners area.

Many Westerns and a couple episodes of “Doctor Who” were also filmed in the vivid red valley, which has towering sandstone formations and miles of trees and shrubs sitting on mesas and buttes.

What visitors won’t see, however, is the drive-in theater where Marty McFly drives from 1955 to 1885 to save Dr. Emmett Brown. The set was built at the valley’s base for the 1990 film, “Back to the Future III” and then demolished. 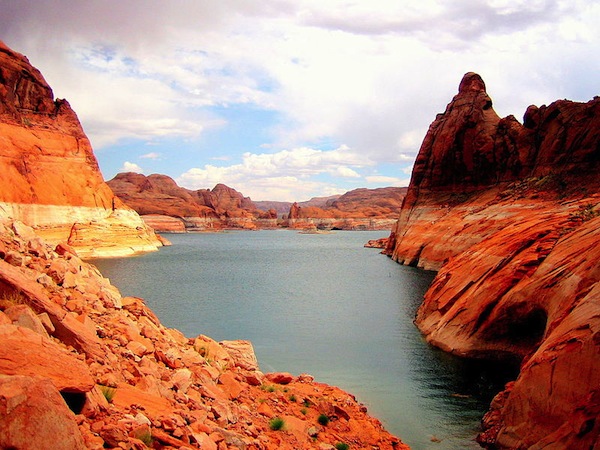 In the 1968 film, “Planet of the Apes,” the space ship crashes on Lake Powell’s shore. (Photo courtesy Wikimedia Commons)

An astronaut played by Charlton Heston comes out of a crashed spaceship on the shores of Lake Powell in the 1968 sci-fi classic “Planet of the Apes.” The movie was filmed in the 1.2 million acres of the Glen Canyon National Recreation Area’s unearthly scenery. The 2001 remake was also filmed at Lake Powell, where Heston cameoed as an ape.

Heston’s connection to the area goes back at least few years earlier, when Castle Rock represented Mount Sinai in “The Greatest Story Ever Told.” The red-rock recreation area and the lakes created by dams along the Colorado River have hosted crews for dozens of movies including “The Outlaw Josey Wales” (1976), “Superman III” (1983), “Maverick” (1993), “The Flintstones”(1993), “Charlie’s Angels: Full Throttle” (2003) and “The Hulk” (2003).

Lake Powell, which straddles the Arizona and Utah border, was also used in the 2012 sci-fi adventure “John Carter.” The Disney movie had scenes filmed in Moab and Millard County as well, using southern Utah’s red rock as the landscape of Mars.

Most recently, when Sandra Bullock lands in the water at the end of seven-Oscar winner “Gravity,” she’s in a lush-ified part of Lake Powell. It’s the second-largest man-made lake in the country, surrounded by rose-colored sandy beaches and covered by a starry night sky. 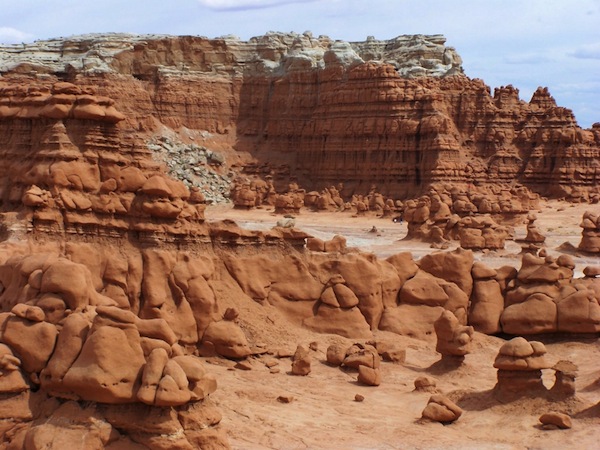 The San Rafael Swell in Emery County is actually Spock’s homeland in J.J. Abram’s “Star Trek.” Background shots of the Vulcan were shot at the swell’s reef for the 2009 blockbuster. The swell is 2,200 square miles of public land with stunning panoramas of desert streams and deep canyons.

On the southeastern edge of the swell is Goblin Valley State Park, where “Galaxy Quest” was filmed. The 1999 Star Trek parody was filmed there among the thousands of mushroom-shaped hoodoo rocks (and Tim Allen’s character does battle with a giant creature made out of said hoodoo rocks). In the movie, former TV actors are abducted by aliens and must become real-life versions of their former roles in order to save the alien race.

The park is smaller and less crowded than Bryce Canyon National Park or Arches National Park but still has interesting sandstone rock and is only two hours from Moab. Just be sure not to topple the boulders. 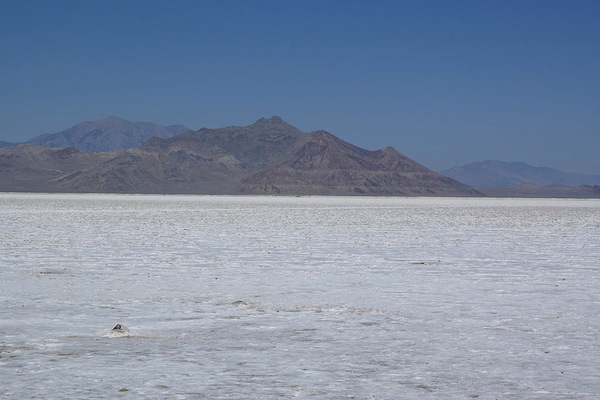 Besides being featured in “Pirates of the Caribbean: At World’s End” (2007), the salt flats are also used as a setting for a dinosaur world in the alternate universe created in “Land of the Lost.” The 2009 sci-fi comedy, takes Dr. Rick Marshall and company through a space-time vortex, which leads to them encountering a primate-like creature named Cha-Ka, dinosaurs, lizard men and many adventures.

Aliens invade the planet in “Independence Day” (1996), which was filmed at the salt flats, Lakepoint, Skull Valley, Tooele and Wendover. 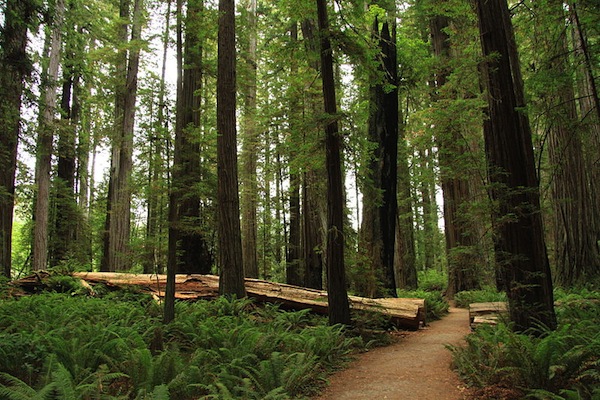 For those willing to spend a little more time in a car, out-of-this-world adventure lies nearby. Take a trip to the moon and see Craters of the Moon in Arco, Idaho, where there is a vast ocean of lava flows.

Visit the forest moon of Endor at the Jedediah Smith Redwoods State Park in northern California where scenes were filmed for “Star Wars: Episode VI – Return of the Jedi” (1983). Or travel to Mars in the Grand Canyon, where several scenes for “Transformers” (2007) were shot.