Home Life Matt Townsend shares advice that will save your marriage

Matt Townsend shares advice that will save your marriage 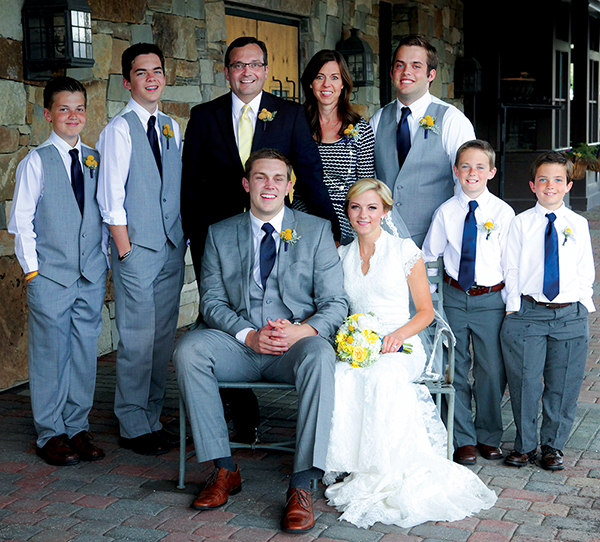 Matt and Mardi Townsend, shown here with their six children and new son-in-law, say they have learned humor is a key component to successful marriages — including their own. (Photo courtesy Townsend family)

He’s a spender, she’s a saver. She wants to “go, go, go” on vacations, he likes to sit back and relax.

Even famous marital coaches, it seems, have to learn to compromise and communicate.

“We learned early on that the phrase ‘opposites attract’ is so true,” said Mardi Townsend, 45. The couple has worked to meet in the middle on most issues — and to appreciate each other’s differences, says Mardi. Call it practicing what you preach.

Matt Townsend is an author, regular contributor to KSL TV’s lifestyle show “Studio 5,” and host of the “The Matt Townsend Show” on KSL News Radio. He holds a Ph.D. in human development and information systems from Fielding University, and he offers individual and couples’ coaching, workshops, and date nights on his website. A 45-year-old Draper resident, he is the father of six children ranging in age from 9 to 20.

Whether on the air or one-on-one, Townsend’s advice blends humor with relatable, no-nonsense approach to relationships.

“The way he tells the stories hits my funny bone just right,” said Mardi Townsend, who often accompanies her husband when he gives speeches around the country. “Humor is so important to getting through this life, and I’m grateful he adds a little fun!”

In an interview with UtahValley360.com, Matt Townsend shares advice for ways you can make your marriage better — starting today.

UV 360: What’s the best relationship advice you ever gave yourself? 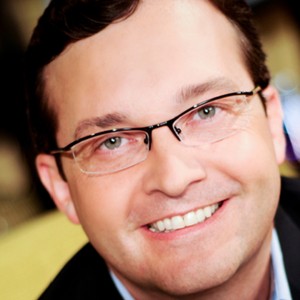 Marriage expert Matt Townsend is the most entertaining, common-sense marriage and relationship specialists in Utah.

Matt Townsend: The best relationship advice I’ve ever given myself was simply to quit assuming that my marital discord or problems were because of my spouse. I learned the advice from Ghandi, who said, “We must become the change we seek in the world.” If we want more peace, we should be more peaceful. If we want better communication, we need to learn to communicate better. If we want certain needs to be met, then we need to learn to meet the needs of our partner first.

UV 360: What are the most common marital problems you see with people you coach?

Matt Townsend: Other than assuming that our partners are responsible for the majority of the problems in our relationships, the most common marital problems are with communication, reactivity and negative interpretation. Simply put, couples don’t know how to effectively talk through difficult issues without reacting to each other. They either fight or flee, argue or avoid each other. Such reactions over time ensure that each partner will see his or her spouse in a negative light. This usually makes people feel like whatever they do is wrong, and they start to feel hopeless. And then eventually, if not managed, people may want to abandon the relationship.

UV 360: How can someone tell if his or her relationship is in trouble?

Matt Townsend: This is such an important question because, sadly, most couples wait way too long to get help in their struggling marriages, only delaying and sometimes inhibiting a real chance to change. The top three signs that I watch for are a basic pattern of increasing negative emotion (anger, fear, disgust, exhaustion), increased mistrust (affairs, infidelity, lots of questioning) and increased misunderstandings between spouses. I would also seek help if you don’t handle basic conflict effectively and if little disagreements about meaningless things can turn into larger arguments or “silent treatments.” One final test is to ask yourself if you and your partner can go days or weeks without interacting in meaningful, intimate, connected and loving ways.

UV 360: What’s one surprising thing that women want in a relationship?

Matt Townsend: Women tend to get blamed for being the gender that really isn’t interested in physical intimacy or touch, but I’ve found nothing can be further from the truth. Many of the women I work with long to be touched and physically connected to their spouse, and claim to think about sex significantly more than their partner would believe. I’ve noticed that many women tend to see physical intimacy as an outcome of feeling emotionally connected to their partner, where many men see that physical contact is more of a means or path to the outcome of getting emotionally connected.

UV 360: What’s one surprising thing that men want in a relationship?

Matt Townsend: Even though we don’t seem to care very much, deep down, men want their wives to be happy.  When you are happy, we feel great, and when you’re not, many husbands feel like they are failures because they don’t know how to make you happy. No matter who is to blame for your unhappiness, men tend to believe if they were a better, richer, smarter, harder-working man, you’d probably be happier. This is probably the reason many men are so quick to give their wives the advice they never asked for, or why they keep saying, “Just make me a list” or “Tell me what I should do and I will do it!”

UV 360: What are some small changes people can make today to start improving their marriages?

Matt Townsend: Quit thinking your relationships problems are anyone’s but yours.  My basic rule when it comes to fixing relationships is: “Two heads are better than one head, but one head is better than none!”  So first make sure you get your head in the relationship and stop reacting to what your partner is doing or not doing. Start leading your marriage by your higher values and principles. Do you believe in patience? Show it! Do you believe in courage? Then share your feelings and at times have the courage not to. Do you believe in compassion? Then show more compassion to what your partner is feeling, and find compassionate ways to share what is really on your mind. In the end, lose yourself in serving your partner and start noticing the little things that your spouse is doing for you. Love is a verb and not just a feeling, so start loving actively.