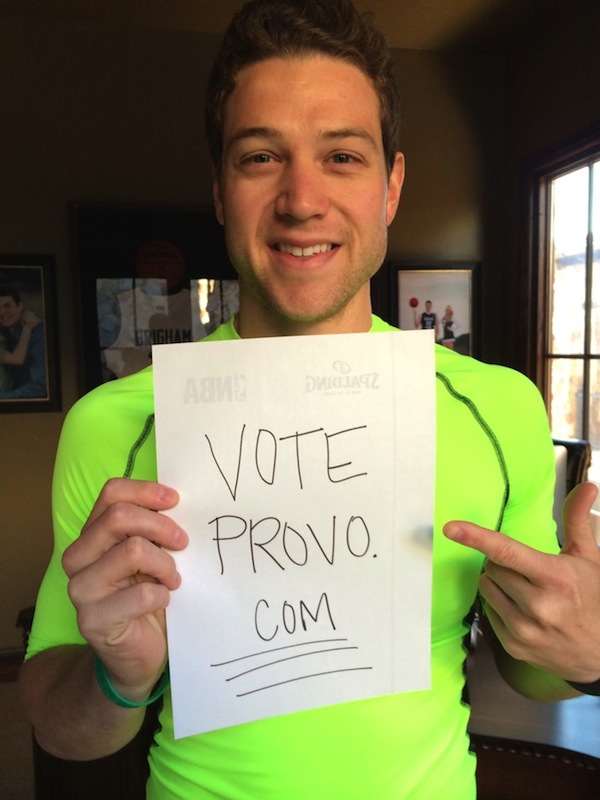 Jimmer Fredette joined the masses that took selfies to get people to vote for Provo in the Outside Magazine competition for Best Town 2014. (Photo courtesy Provomayor.com)

Anchorage, AK just got Jimmered by Provo — that is Provo beat Anchorage with 51 percent of the votes to move on to the Final Four in the Best Towns 2014 competition by Outside Magazine.

Throughout the week, Anchorage and Provo were neck and neck with both cities taking the lead at different points. In the end, Provo won with 50,037 to 47,549 votes.

Provo is considered the Cinderella story of the Best Towns tournament, which received a 16th seed in the beginning.

BRT OK'd in Provo, council ready to move on Next post