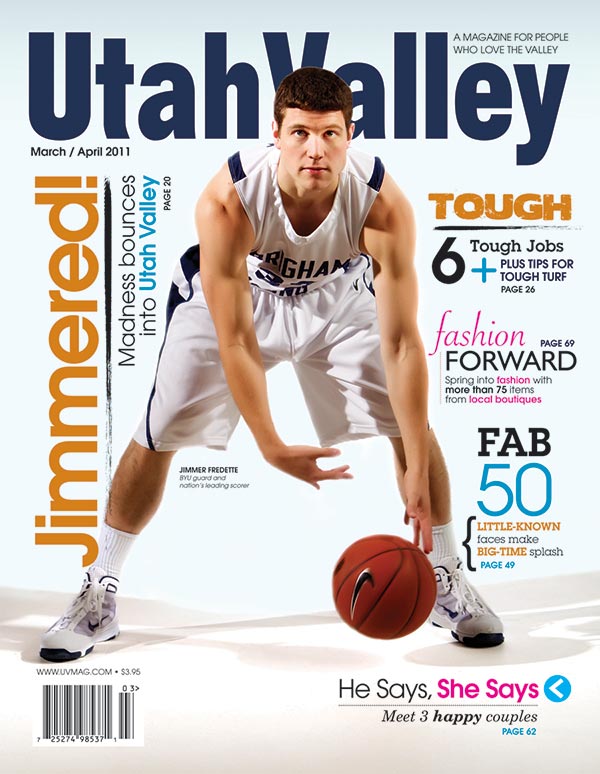 On July 1st Jimmer Fredette will finally be free — a free agent to be specific. After three long frustrating seasons with the Sacramento Kings along with a short stint at the end of the bench for the Chicago Bulls, Fredette will get to pick his next playing destination. Below are five possible landing spots for the Jimmer.

Fredette and the Utah Jazz are a match made in marketing heaven. It might take a while to win over the Ute fans in the crowd, but after a few of Jimmer’s patented long-range bombs, I’m sure they’ll come around. But this move also makes basketball sense. The Jazz haven’t had a consistent 3-point threat since Kyle Korver left in free agency in 2010, which should be remedied by Jimmer who is a career 40 percent three-point shooter.

Under new general manager Phil Jackson, the Knicks are poised to install the triangle offense, which Jackson used successfully in Chicago and LA en route to winning 11 NBA Championships. A key piece in the triangle offense is perimeter players who can shoot.

Fredette should be able to step in and fill the role Steve Kerr and BJ Armstrong filled in Chicago and Derek Fisher did in LA. Fredette is also no stranger to success in Madison Square Garden. Last season he had one of his best games as a pro, when he lit up the Knicks for 24 points, 2 assists and 2 steals.

Because of their connection as two of the greatest ever to lace ’em up for the Cougars, Danny Ainge has always shown a keen interest in Jimmer. Now that Fredette is available, could Ainge and the Celtics help resurrect Jimmer’s stagnant NBA career? One Celtic fan who wouldn’t be opposed to the Celtics acquiring Fredette is Bill Simmons. He’s been a fan of Fredette’s since his college days and might be the only member of the NBA media still on Jimmer’s bandwagon.

One thing’s for certain, the Chicago Bulls fans and players loved Jimmer Fredette, but unfortunately Jimmer didn’t get much of an opportunity to shine once he was traded from Sacramento. After a breakout season with the Bulls, DJ Augustin will be looking to get paid. If Chicago doesn’t opt to retain Augustin’s services that leaves an opening for Fredette to step in and backup Bulls superstar point guard Derrick Rose.

During the Big Three era, the Miami Heat have relied on spot up shooters like Mike Miller and Ray Allen to take the pressure off of LeBron James and Dwayne Wade. With Fredette’s long-range accuracy, he should be able to fill that role nicely in the Heat’s slash and kick offense. If Allen opts to retire or the Heat don’t re-sign him in free agency this summer, the door is open for Fredette to take his talents to South Beach. This is all contingent on LeBron and company opting in for the final year of their contracts. If they leave, all bets are off.

Food Truck 101: An introduction to the Provo Roundup Next post