Home LDS Being LDS What will happen to Ordain Women’s Kate Kelly?

What will happen to Ordain Women’s Kate Kelly? 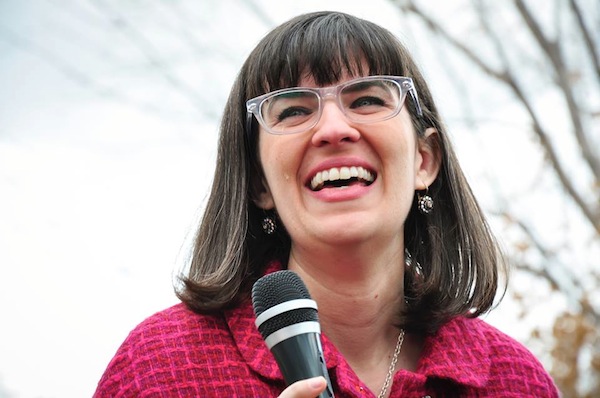 Kelly and Dehlin, both who have expressed being brokenhearted by the possibilities of their futures with the Church, have gone to media outlets with their letters on a matter that is typically private in The Church of Jesus Christ of Latter-day Saints. Church leaders involved in disciplinary councils are prohibited from sharing any information about what happens in the closed-door events.

The LDS Church released a statement Wednesday night concerning the news about the two activists:

“Sometimes members’ actions contradict Church doctrine and lead others astray. While uncommon, some members in effect choose to take themselves out of the Church by actively teaching and publicly attempting to change doctrine to comply with their personal beliefs. This saddens leaders and fellow members. In these rare cases, local leaders have the responsibility to clarify false teachings and prevent other members from being misled. Decisions are made by local leaders and not directed or coordinated by Church headquarters.”

Kelly has stated that she doesn’t plan on attending her disciplinary hearing, but is writing a letter in place of her attendance. She has also requested that her followers write a letter explaining how Ordain Women has helped them strengthen their testimony of the LDS Church.

The general public has exerted that Kelly and Dehlin’s hearings mean they will be excommunicated, but that is only one of four possible rulings that could result from their council.

What will these two face if they choose to attend their disciplinary councils? Here are four possible outcomes as outlined on the Church’s website.

According to a description for “church discipline” on Mormon Newsroom, “The purpose of Church discipline is not to punish but to facilitate full repentance and fellowship for a person who has made serious mistakes.”

“It is also used to address apostasy — the repeated, clear and open public opposition to the Church, its leaders and its doctrine. If someone seeks to teach as doctrine something that is contrary to the Church’s beliefs, attempts to persuade other Church members to their point of view or publicly insists the Church change its doctrine to align with their personal views, they would be counseled by a local Church leader and asked to cease that practice. If they fail to do so, Church discipline may follow.”

When a person is brought to the council and isn’t found guilty of these offenses, the leaders determine that no action is needed. The church member can continue with all church activities as they were before.

This ruling puts temporary restrictions on the member. Some of these restrictions include refraining from taking the sacrament, holding Church positions, participating in meetings and/or engaging in temple worship. Part of the formal probation is frequent meetings with ecclesiastical leaders, such as the ward bishop.

Kelly has openly shared her letter from her stake president which reminded her that she was put on informal probation, where she could “no longer represent (to be) a member in good standing with the church.”

As Kelly has already undergone the first two steps, she will face either disfellowship or loss of membership, as outlined in the letter she received from her bishop in Virginia on June 8. 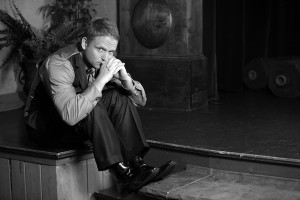 Disfellowship is an extended probationary period that typically lasts a year. On the Church’s website, it says disfellowshipped members are “still a member of the Church, and they are encouraged to attend meetings, though they are not permitted to pray, teach, take the sacrament, attend the temple or give sermons in public settings.”

Disfellowship is a heartbreaking experience according to Richie T. Steadman, a host for The Cultural Hall — an online podcast discussing Mormon issues and news — who underwent two disciplinary councils before being reinstated in the Church.

While Steadman went through a disciplinary hearing like Kelly and Dehlin will go through, his wasn’t under the same pretenses — he was there because of confessing to sexual indiscretions, not apostasy. However, the process is the same for the two offenses.

Following some behavior deemed inappropriate for unmarried couples in the Church, Steadman confessed to his bishop. His bishop called a ward disciplinary council, which included his bishop and two ward counselors.

Steadman’s church leaders discussed the situation with him, asking questions pertinent to the offense, before they asked him to leave the room so they could make a decision.

“It was a pretty long 15-20 minutes (waiting) because I had just come home from my mission and I really wanted to do what was right,” Steadman said.

In the end, Steadman received 8 months of disfellowshipment, a temporary probation that restricts the member’s participation in church activities. Steadman didn’t expect this level of discipline because he didn’t think what he was doing was that serious, but he still said the experience was positive.

“It was an amazing experience for the overwhelming love I felt, which I think was the Spirit telling me it was right,” Steadman said.

That was Steadman’s first encounter with a disciplinary council.

Steadman was reinstated to full-status as a member after his eight-month probationary period, but a few years later he once again found himself in front of a disciplinary council. This time, though, it was at the stake level.

Members of the stake high council and presidency participated in the council, and Steadman was instructed to invite witnesses of his character to the meeting, as Kelly has been. However, once again Steadman didn’t realize the extremity of his situation and opted not to bring witnesses on his behalf.

[pullquote]”They want to make sure that the name of the church is protected. I really do believe they have the person’s best interest in mind as well, because the covenants you are making in the temple are very serious. …”[/pullquote]After answering pointed questions to clarify the situation by the council, Steadman was asked to leave the room. The verdict this time around? Steadman was excommunicated, meaning his membership in the LDS Church was revoked.

“They want to make sure that the name of the church is protected. I really do believe they have the person’s best interest in mind as well, because the covenants you are making in the temple are very serious. …”

As a excommunicated member, Steadman’s membership in the LDS Church was revoked. It takes time, repentance and rebaptism in order to become a member in full standing again according to the Church’s explanation of discipline.

That night Steadman wrote in his journal that he would do whatever it took to get back into the Church within the year. It took nearly nine years for Steadman to be rebaptized into the Church.

“In retrospect, for me it was a pretty valuable experience,” Steadman said. “I don’t know even at this point if I understand all of why it (excommunication) needed to happen. I think I learn more and more why that it is what it needed to be for me.”

What this means for Kelly and Dehlin?

While the disciplinary council will decide Kelly and Dehlin’s fate with the Church in the near future, Kelly and Dehlin have control of what their final standing in the LDS Church will be with time.

For now, they can prepare their defense for the council and gather their witnesses. Or they can choose not to.

If they are excommunicated, they will need time, humility and repentance to align themselves with LDS doctrine in order to be reinstated in the Church.

“Discipline at any level, from personal repentance and self-discipline to formal discipline in a Church setting, is intended to make us better, to help us overcome weakness and sin and to lift us as we seek to become true followers of Jesus Christ,” the Church’s website states.

How the UVHBA helps you: Building a home is a unique experience Next post