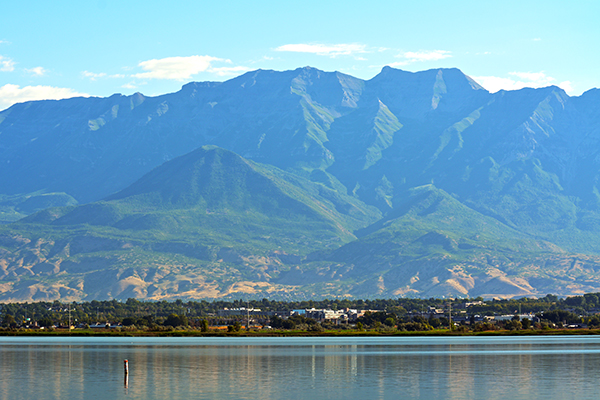 Mount Timanogos and other beautiful scenery is one reason Provo was voted the second best town in American in Outside Magazine’s competition. (Photo by Matt Bennett)

Duluth, Minn. has done it — they’ve claimed the title of Best Town 2014 in Outside Magazine’s competition.

Provo, who was the underdog throughout the competition with a No. 16 seed, lost to Duluth with Duluth receiving 55 percent of the votes.

Duluth (66,758 votes) had the early lead and never looked back; Provo residents and fans never gave up hope and pushed to the end gaining 54,875 votes.

Residents voting for both cities were congenial in the end leaving positive comments on Outside Magazine’s page.

“And congrats to our friends in Provo for giving us a great showing and achieving second place out of 64! That is nothing to sneeze at….you have a beautiful outside city too! I hope to visit Provo one day based on all the great info in these comments,” wrote  a commenter called JErnst.

Provo made it through all six rounds of the competition which started with 64 cities.