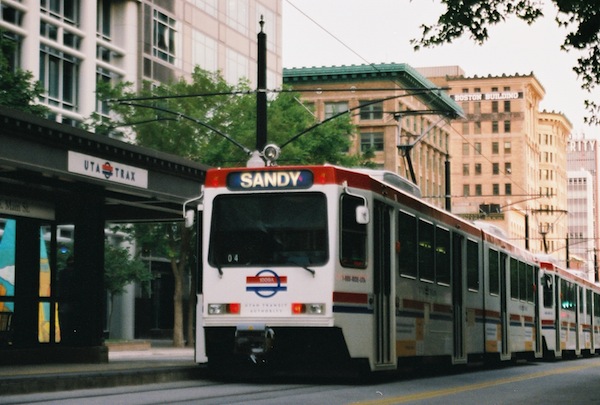 A light rail or bus rapid transit line from Eagle Mountain, through Saratoga Springs and onto the American Fork or Lehi FrontRunner stations — these are options local governments are looking at now, to be built around 2040.

Transportation planners for the Mountainland Association of Governments have been working on a transit study for the north part of Utah County and are on a multi-city tour to get support for the options. They made a tour stop in Lehi last week and are hitting Eagle Mountain this week. Planners now are working on an update of the long-range transportation plan so cities can start making room for transit in their master plans and start buying and setting aside rights of way.

They’re looking at light rail or bus rapid transit to get people from the northwest part of the county to FrontRunner — there will be an estimated 100,000 people living in Eagle Mountain and Saratoga Springs by 2040, said Chad Eccles, transit program manager for MAG, the metropolitan planning organization for Utah County. Bus rapid transit, which involves larger buses, dedicated lanes and stations, could come sooner than light rail, which takes more infrastructure and investment. But if bus rapid transit comes first, light rail could eventually replace it.

Eccles said about 50 percent of the people who commute for work head south to Provo and the other half head north toward Salt Lake City, so that’s why light rail needs to get them to the Lehi station — where they’d go north, and American Fork — where they’d head south. The major question is what street the line will use to get to American Fork — Pioneer Crossing or 1900 South in Lehi.

The problem with Pioneer Crossing is that there may not be room for a dedicated lane for transit, Eccles said.

“We see it failing around 2030 already,” he said, referring to heavy traffic on the road.

The consensus from Lehi seemed to be 1900 South was the better option, though not all council members were present and it was a work session, so no vote was taken.

“The best thing we can do is try to work to put it into the master plan to see if we can do preservation,” Eccles said.

15 Laffy Taffy jokes only Mormons will understand Next post