Home Life Welcome back class of 2004!

Turn up the OutKast and put on your Von Dutch trucker cap — we’ve welcomed back our high schoolers from 10 years ago to this ink-on-paper reunion. Let’s check in with these students we labeled “world-changers” a decade ago. 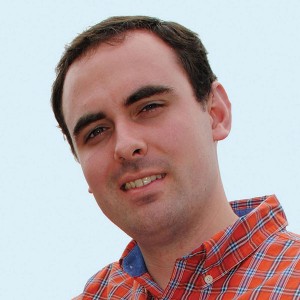 Tyler Smith works for the LDS Church adapting websites for other languages.

2014 Status Tyler is a localization engineer for the LDS Church where he adapts resources — like familysearch.org — to be used by other languages and cultures.

Chill out! You’ll be tempted to stress over major decisions concerning education, relationships and career. It will all work out. Just move forward with optimism.

The Internet provides such a wide variety of ways to connect with people. Through my writing and social networking, I hope to build bridges between people of all faiths or no faith at all. In my career I hope to help solve problems that currently prevent organizations from effectively communicating positive messages to a global audience. And personally one of my greatest hopes is to start a family of my own and raise some children to be thoughtful contributors to their community and society at large. 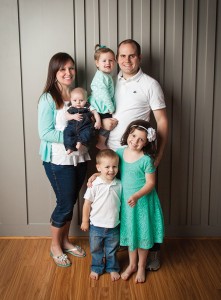 2014 Status Married his high school sweetheart and they have four kids. Ryan graduated from BYU with a bachelor’s in bioinformatics and an MBA. He’s now working as a product manager at LinkedIn.

I want to raise happy, healthy, confident children and have a family centered on service and love.

I want to contribute to the world by building products, teams and companies that motivate and enable people to do great work. 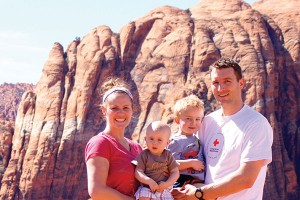 Mallary Gillespie Carling is married and has two boys.

Keep working hard and learn how to manage time more efficiently. Try more things you are interested in and live life to its fullest.

Since high school I’ve always tried to be happy and be an example to others both while playing basketball at BYU and while working at Intermountain Medical Center. Now, as a mother, I see how important it is to be a good example because my 2-year-old copies everything my husband and I do! 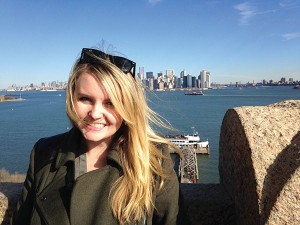 2014 Status Danielle married in 2011 to Michael Croxton, a designer/art director. She’s working at the The Limited’s New York Design Studio as an executive assistant to the senior vice president of production, sourcing and technical design. She works on a variety of projects including clothing quality, licensing and philanthropic endeavors. She also volunteers with the Make-a-Wish foundation as a Wish Granting Volunteer.

Go where people are pushing the boundaries in areas you’re interested in. Immerse yourself in the network and opportunities. You’ll quickly find out if it’s for you and you’ll have a leg up when you’re ready for that first job.

By having the courage to stand up for what’s right — on both small and grand scales. 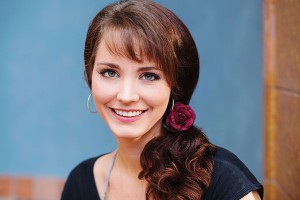 Erica Glenn is currently a graduate student at Harvard.

2014 Status Erica is working on graduate studies at Harvard, where she recently presented at an Arts in Education conference. She has degrees from Arizona State University and the Longy School of Music. She also worked in New York City as an arranger and music director for Broadway composer Charles Strouse.

Enjoy the journey! Life may take you unexpected places, but ultimately, each new experience will be richer and more rewarding than you could possibly imagine from your 18-year-old vantage point.

Highlights of your musical career so far

I would have to say watching my original musical — The Weaver of Raveloe — move from initial development at BYU to a reading at the prestigious New York Musical Theatre Festival to a fully-staged production at the American Repertory Theater’s second stage, OBERON, in Boston has been one of the most fulfilling musical experiences I’ve had yet. The show opens on May 29th (weaverofraveloe.com). 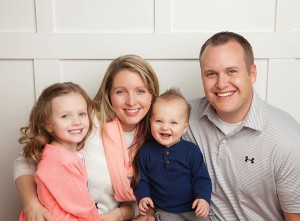 Koriane Braithwaite Maughan is the mother of two working at Springville Junior High.

2014 Status Koriane teaches English and dance at Springville Junior High. She’s married and is the mother of two — a daughter Macie (4), and a son Kasen (1). She is working on a master’s degree and administration certificate at SUU.

I truly want to have a positive influence on others. About one year into my college education I started teaching dance at The Central Utah Stars. I was having so much fun helping the students that I decided to go into teaching. I have never regretted my decision. Those who go into education do it purely for the love of teaching and connecting with students. I love what I do. I may not have climbed the corporate ladder, but I feel I am helping students to gain an appreciation of writing, reading and learning in school and life. My students walk into a positive classroom atmosphere every day. We try to have a lot of fun while learning. I hope I’m influencing them in a positive way, but sometimes you’ll never truly see the effect you had on a person (unless they post it on Twitter). 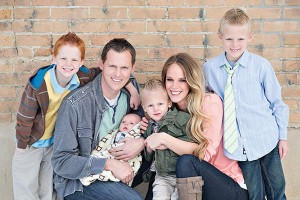 Shantelle Sumsion Flake is the mother of four and a health coach.

2014 Status After playing college volleyball at Southern Virginia University, Shantelle got married and took an extended honeymoon to China. She’s the mother to almost a full basketball team of four boys (from 7 to 4 months). She teaches fitness classes at BYU and is furthering her studies in obesity prevention by becoming a certified health coach through Villanova University. Now, she is a health coach with ownyourhealthylife.com.

What’s the most rewarding thing you have done since high school?

The most rewarding by far has been marrying my husband and raising four boys together. The second most rewarding has been leading a team of 250 health coaches in helping 4,000 people lose 130,000 pounds and get healthy! I have a passion for helping others achieve their optimal health.