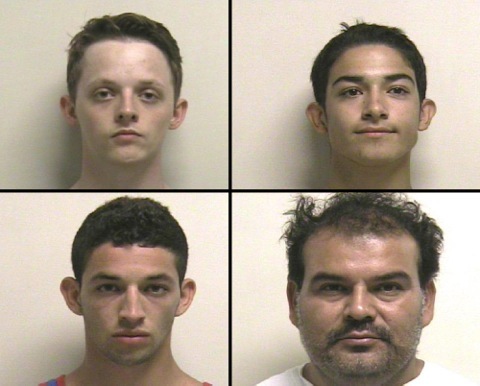 On Monday and Tuesday, Provo police, along with the FBI and Orem and Lindon police, arrested four people in connection with the AM Bank robbery in Provo last week and a robbery at the AM Bank in Lindon in May.

Braydon Madsen, 19, Luis Vera, 21, and Nicholas Vera, 19, were arrested on Monday, and Waldo Ariel Fernandez, 42 — believed to be the getaway driver in the Provo robbery — was arrested on Tuesday.

In each case, the men went into the bank dressed in suits, false beards and masks. They also carried guns. No one was injured in the Provo robbery, but a male employee at the bank in Lindon was pepper-sprayed and hit with a stun gun during the robbery there. 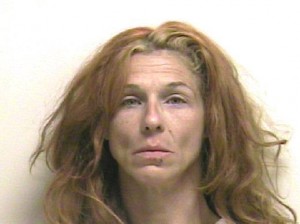 And another bank robbery

On Tuesday, a woman went into the Chase Bank on south University Avenue in Provo and handed a teller a note demanding money and no dye packs. Police said she got her cash and walked away — but she didn’t get far.

When police arrived they found two suspicious women in the Kmart parking lot who had been with the bank robbery suspect. The suspect had already left the parking lot with a man in a car, but officers found her and the man. Most of the money was returned, and Richfield resident Freeda Coleman, 24, was arrested.

A former fifth-grade teacher at Westfield Elementary in Alpine has been charged with possessing child pornography. Edward A. Greene, 54, faces 10 charges and resigned this week.

The investigation into Greene started in May, when investigators started tracking an IP address used to upload pornographic images of boys.

A 31-year-old Provo man was arrested on Thursday after his 4-month-old son reportedly suffered serious injuries. Police say Codey Jacobsen admitted to hitting, shaking and squeezing the boy, who suffered damage to internal organs and stopped breathing. He also had rib fractures.

Ghosts in Alpine and Highland?