First Presidency releases statement on women and the priesthood 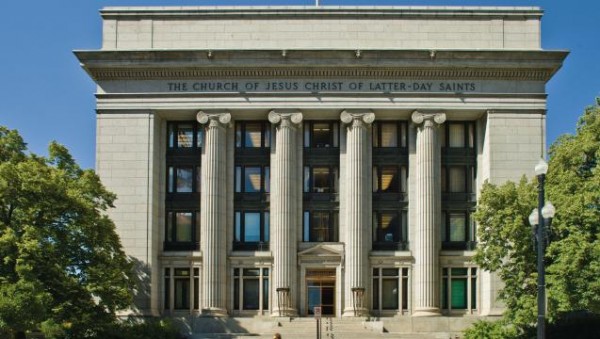 The First Presidency and Quorum of the Twelve Apostles released a statement today on women and the priesthood and the role of questions in the Church. (Photo courtesy Mormon Newsroom.)

With the excommunication of Ordain Women’s Kate Kelly on June 23, the question of women and the priesthood—and the question of questions in general—has been a hot topic of discussion both inside and outside The Church of Jesus Christ of Latter-day Saints.

The Church’s First Presidency and Quorum of the Twelve Apostles released a statement today on women and the priesthood and the role of questions as Church members increase in learning.

“[T]he blessings of [God’s] priesthood are equally available to men and women,” the letter reads. “Only men are ordained to serve in priesthood offices. All service in the Church has equal merit in the eyes of God. We express profound gratitude for the millions of Latter-day Saint women and men who willingly and effectively serve God and His children. Because of their faith and service, they have discovered that the Church is a place of spiritual nourishment and growth.”

The letter said that all Church members are free to ask questions and honestly seek answers.

“We understand that from time to time Church members will have questions about Church doctrine, history, or practice. Members are always free to ask such questions and earnestly seek greater understanding.”

The letter clarified, however, the difference between asking questions and apostasy.

“Simply asking questions has never constituted apostasy,” the letter reads. “Apostasy is repeatedly acting in clear, open, and deliberate public opposition to the Church or its faithful leaders, or persisting, after receiving counsel, in teaching false doctrine.”

Read the entire letter on LDS.org.