Home News No new law for Provo food trucks, at least for now

No new law for Provo food trucks, at least for now 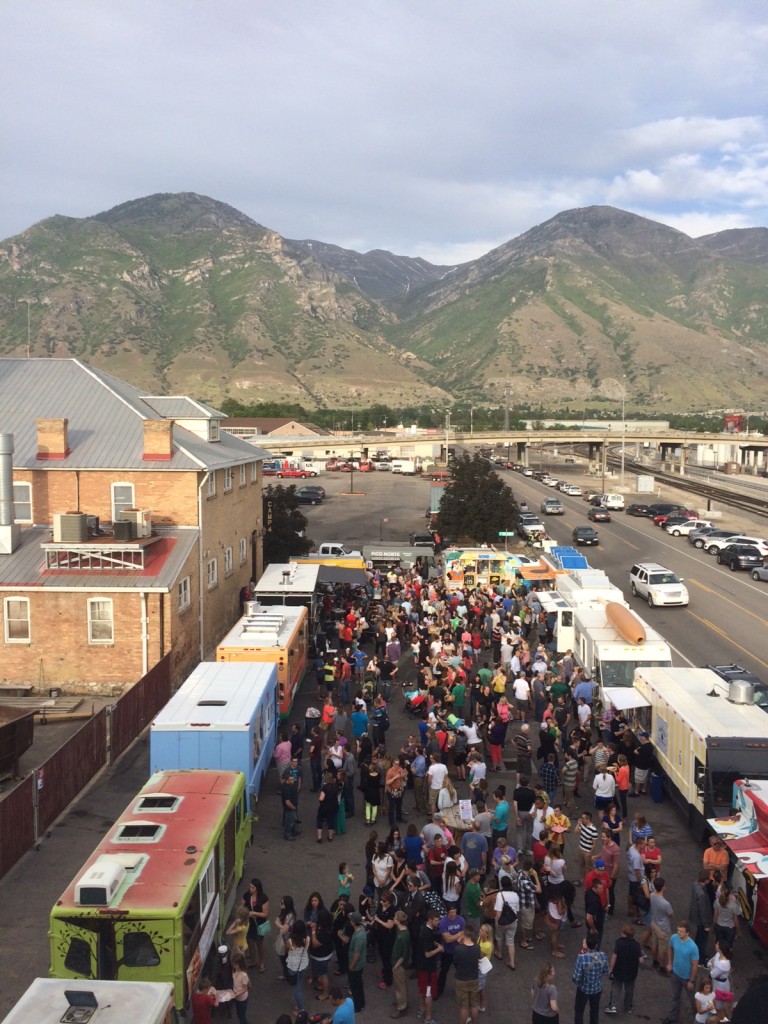 The Food Truck Roundup in Provo, held every Thursday at the Startup Building, 560 S. 100 West, is a popular event. (Photo by Courtney Taylor)

Even though Provo has a thriving weekly food truck roundup, the city doesn’t have any specific laws regulating food trucks. And it will stay that way for at least a few more weeks.

On Tuesday the city council decided to keep discussing a proposal to regulate the mobile food businesses for a few more weeks, then have a more formal discussion and decision on the issue. The proposal had called for restrictions on time and locations, distances from brick-and-mortar restaurants, parking and city parks. It also would have required background checks for all employees of food trucks, though that requirement doesn’t extend to employees of restaurants.

Christian Faulconer, a local business owner who also owns a food truck business — Sweeto Burrito — said Utah County food trucks have formed a food truck association and are self-regulating. He says the city doesn’t need to put restrictions into law, and that they can come to an agreement with restaurants in downtown Provo.

The issue is really about downtown, he said, and where food trucks should be allowed — or not — in that area. Provo doesn’t need to impose citywide restrictions.

Dean Judd, owner of Guru’s in downtown Provo, thinks it’s only fair to brick-and-mortar restaurants that food trucks keep their distance — a 200-foot radius, which would keep food trucks away from downtown.

Councilwoman Kim Santiago wanted a few weeks to meet with downtown restaurant owners, food truck business owners and other council members to talk about what the two sides can agree on and what they can’t. The council’s staff will take those points, draft a new proposal and bring it back to the council on July 15.

“We want all voices to be heard,” she said.

Utah Valley residents are winning big on UVHITLIST Next post