It’s a game of chance, adrenaline rushes and winning — it’s that simple.

The UVHITLIST launched Tuesday, July 1 on UtahValley360.com and has already given out two grand prizes (a $50 Boondocks card and $200 Costco card) and 34 small prizes to Utah Valley residents.

UtahValley360.com, an online news source for Utah Valley, is the second business to incorporate HITLIST into its website (ColorInMotion5k included it on their race website).

HITLIST was born with the idea that “advertising shouldn’t be annoying” and people should be compensated for their time spent viewing messages, according to creator Andrew Stewart. 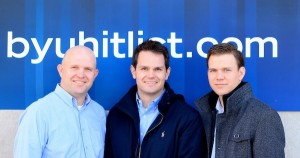 Stewart put together a survey to try and find answers for his clients. The survey included incentives for clients to be compensated for taking the survey multiple times, which yielded interesting results — this is how HITLIST was born.

“I was alone,” Stewart said. “After I had the idea, I went to some of my advertisers and they helped fund it. Then I went and found two partners who could help me who are experts in their field.”

When they completed the website, Collegiate Advertising tagged the BYUHITLIST and had a trial run at Brigham Young University. They saw huge success — within a few months of launching, a third of BYU students had created profiles on the BYUHITLIST and were playing.

“We thought, ‘Maybe this is just a Mormon thing,’ so we went to another university in Texas and saw the same level of results,” Stewart said.

After a successful year at BYU and Texas Tech University, the team paused HITLIST as the school year got out in 2013. They analyzed the data they received and tried to decide where to go next.

Teaming up with Bennett Communications

After analyzing and experimenting with the data they collected, Collegiate Advertising decided the best avenue for expanding the HITLIST brand was to take it to publishing companies.

“There are some disruptive qualities to it,” Stewart said. “We saw an industry that is going through a pretty big shift right now. For some people it is painful. We saw this platform benefiting individual publishers.”

1. Play early in the morning. UVHITLIST opens at 7 a.m. and closes at midnight.

3. Be sure to stretch out the finger beforehand.

But the catch, if you can even call it a catch, is you don’t know which winning number is the grand prize number or one of the smaller prizes.

There is one day a week that UVHITLIST takes a break from giving out prizes, but players can keep their clicking finger warm by playing for charity.

“We wanted Sunday to be different because of our personal religious background,” Stewart said. “We stumbled across this crowd sourcing of philanthropy idea. People are exchanging their advertisement exposure for philanthropic giving.”

Each Sunday UVHITLIST players join together in an effort to make a number goal. If the players reach the goal, then Bennett Communications will make a donation to a local charity.

“Most people can’t make a philanthropic donation, but businesses do have this money,” Stewart said. “If you compensate people for their exposure, they want to give back as long as you are transparent.”

Join UVHITLIST by going to UVHITLIST.com and creating a profile. Once your profile is complete (which only takes a minute), choose which grand prize you would like to receive if you are the lucky winner of the day by clicking on one of the four options in the player’s box.

Players need to be from Utah Valley or willing to drive to Utah Valley because all prizes are personal pick up in a Utah County location. Include the zipcode for the area that you would like to pick up your prizes in.

The places HITLIST will go

Simply put: Across the country.

Other publishing companies throughout the country, including large newspapers, have shown interest in teaming up with Collegiate Advertsing on HITLIST. This could include other counties in Utah.

“We’re considering doing our own stand alone national app,” Stewart said. “Right now the plan is to license this to HITLIST.”

“The one thing we like is that it is legitimately fun because it is easy,” Stewart said. “There’s a slight adrenaline rush every time a winning number comes around.

“It will brighten your day because we give out $11,000 a month in all kinds of prizes to players.”

No new law for Provo food trucks, at least for now Previous post 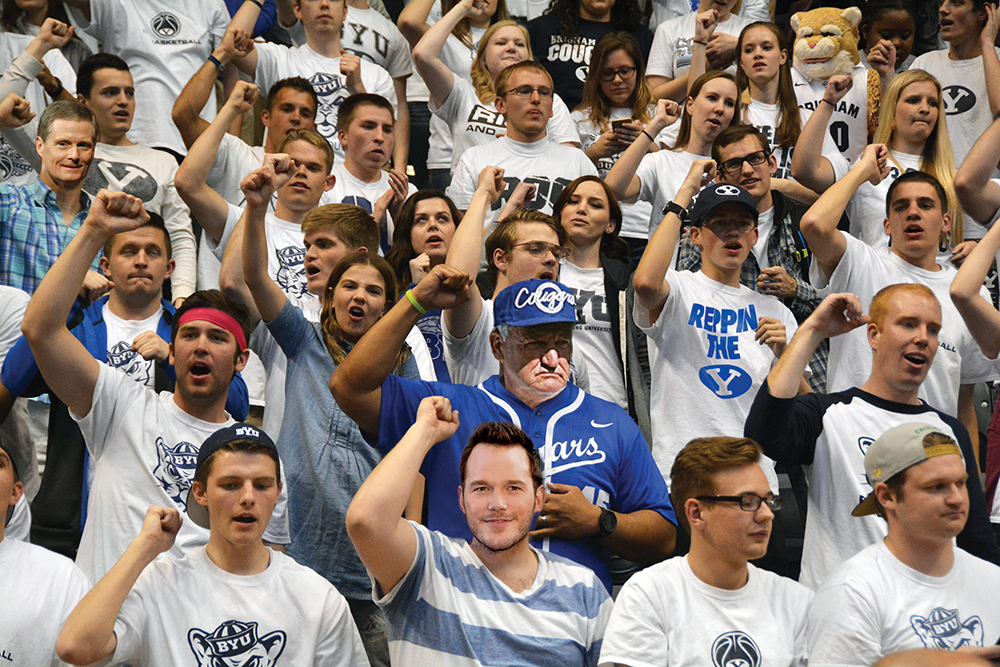 Find the 6 differences: Kalani Sitake in the BYU student section

I Spy: ‘Treasures of Knowledge’ by Greg Olsen