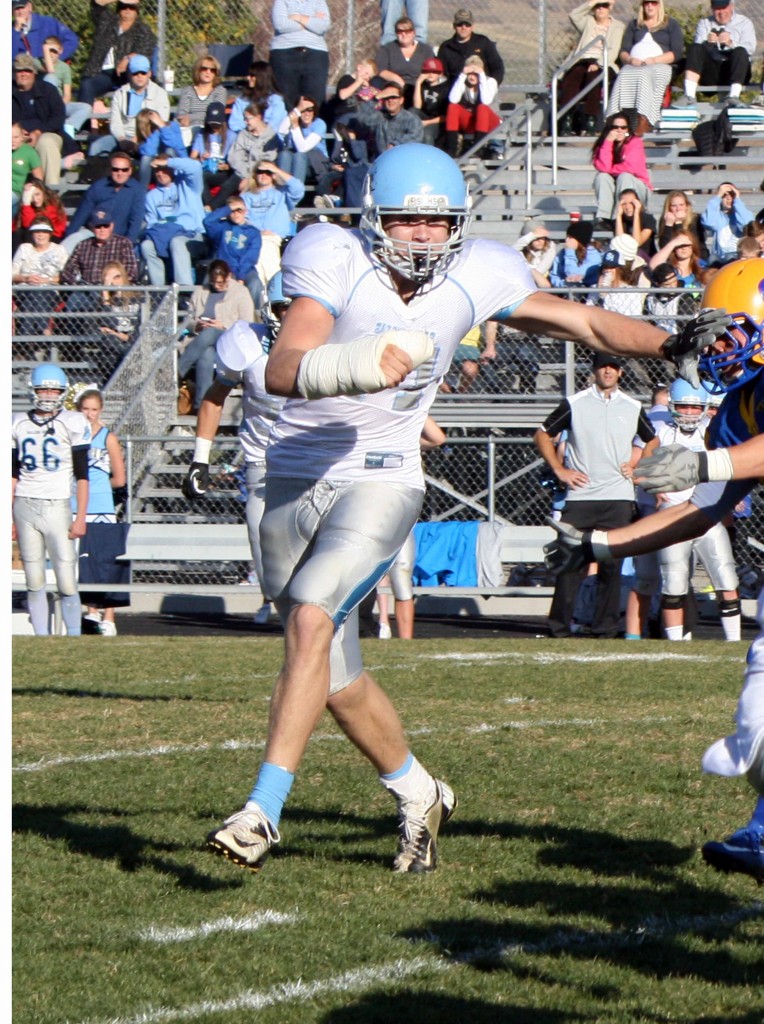 Porter Gustin runs in this 2013 playoff game at Orem. Gustin, a top football recruit, has been invited to Nike’s The Opening 2014 for the next two days. (Photo by Kurt Johnson)

Salem Hills linebacker Porter Gustin is attending Nike’s The Opening 2014 football camp this week at Nike headquarters in Beaverton, Ore. The camp will feature the top 162 football prospects in the country competing in 7-on-7 drills, a linemen challenge and other drills.

The Opening is not a recruiting event as college representatives are not able to attend due to NCAA rules, but the camp gives the nation’s top players the opportunity to receive coaching and training from current and former NFL players, while also receiving bounteous amounts of swag from Nike.

Gustin is the third rated recruit out of Utah for the class of 2015. He has received as many as 16 offers from FBS schools including Utah, Utah State, USC and Wisconsin. Much to the chagrin of Cougar fans, however, Gustin has not received a scholarship offer from BYU because of the glut of recruits at the linebacker position.

Fans can follow Gustin’s progress at The Opening on ESPNU July 9 and 10 at 6 p.m. MDT each night.

What does Taysom Hill need to do to win the Heisman? Next post