Home LDS Being LDS The Book of Abraham: 5 things you need to know

The Book of Abraham: 5 things you need to know 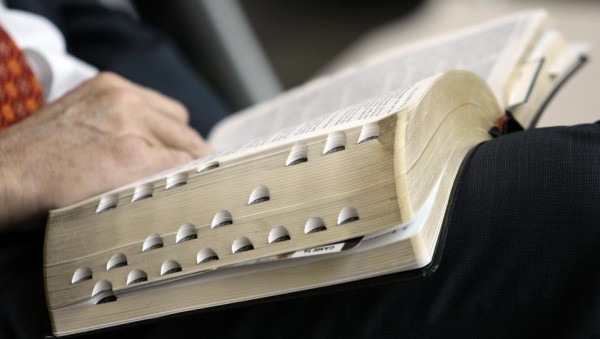 The Church of Jesus Christ of Latter-day Saints recently added a Gospel Topics web page regarding the Book of Abraham, its history and its translation. (Photo courtesy Mormon Newsroom)

When the First Presidency released a statement about women and the priesthood on June 28, they mentioned the role of questions in The Church of Jesus Christ of Latter-day Saints and the importance of studying out the answers to questions through prayer, personal study and revelation.

The Gospel Topics pages on LDS.org are a great place for Church members to start when they grapple with difficult questions. This week, the Church released a new page on the Book of Abraham and its origins.

The text is lengthy, but there are a few main points that are important to take away. Here are five things you need to know about the Book of Abraham. For more information, read the full essay.

1. The Book of Abraham is an inspired translation

Joseph Smith and others have explained in some detail the process of translating the Book of Mormon, but we know less about the process of translating the Book of Abraham. The Gospel Topics page says that “Joseph’s study of the papyri may have led to a revelation about key events and teachings in the life of Abraham, much as he had earlier received a revelation about the life of Moses while studying the Bible. This view assumes a broader definition of the words translator and translation.”

This interpretation allows for the possibility that the Book of Abraham may not be a literal, word-for-word translation of the papyri. Instead, it may be the result of “a process whereby God gave to Joseph Smith a revelation about the life of Abraham, even if that revelation did not directly correlate to the characters on the papyri.” 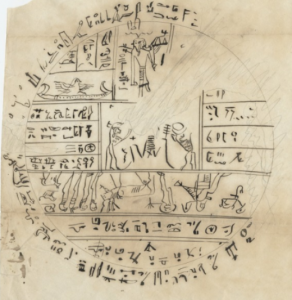 2. The Papyri are Egyptian

This simple truth informs much of our understanding of the Book of Abraham. Egyptologists have helped us understand more about the papyri, even in recent years. The time period when these scrolls were created is much later than Abraham’s lifetime, suggesting they may have been copies of copies of writings from a much earlier date.

This creates the possibility that interpretations of the text may have changed in the intervening years between Abraham’s life and the creation of the papyrus. The Gospel Topics page states:

“[D]ocuments initially composed for one context can be repackaged for another context or purpose. Illustrations once connected with Abraham could have either drifted or been dislodged from their original context and reinterpreted hundreds of years later in terms of burial practices in a later period of Egyptian history. The opposite could also be true: illustrations with no clear connection to Abraham anciently could, by revelation, shed light on the life and teachings of this prophetic figure.”

3. Many of the Papyri are missing

The Papyri came into Joseph Smith’s hands in 1835. The Book of Abraham was published in 1842. When the Saints left Nauvoo, the papyri remained in Joseph Smith’s family’s possession. The family sold the papyri in 1856. Historians believe most of them were destroyed in the Great Chicago Fire of 1871. A few fragments remained and ended up in the Metropolitan Museum of Art in New York City before they were transferred to the Church in 1967. With such a small portion of the original papyri surviving, it’s difficult to determine the accuracy of the translation.

“Since only fragments survive, it is likely that much of the papyri accessible to Joseph when he translated the book of Abraham is not among these fragments,” the Gospel Topics page says. “The loss of a significant portion of the papyri means the relationship of the papyri to the published text cannot be settled conclusively by reference to the papyri.”

4. Many aspects of The Book of Abraham align with modern discoveries

Notwithstanding the criticisms of modern Egyptologists who say some of the characters in the Book of Abraham are not a direct translation of characters on the papyri, many aspects of the Book of Abraham align with modern discoveries about Abraham’s life and the time in which he lived. Some of these historical events were not yet known in Joseph Smith’s time.

The Gospel Topics page lists among these accuracies the following:

5. The Holy Ghost is the ultimate source of knowledge

Ultimately, modern scholarship and the discoveries of Egyptologists can’t determine the validity and scriptural worth of the Book of Abraham. As is the case with all spiritual things, the truth can only truly be known through revelation.

The Gospel Topics page puts it this way: “But even this evidence of ancient origins, substantial though it may be, cannot prove the truthfulness of the book of Abraham any more than archaeological evidence can prove the exodus of the Israelites from Egypt or the Resurrection of the Son of God. The book of Abraham’s status as scripture ultimately rests on faith in the saving truths found within the book itself as witnessed by the Holy Ghost.”

You're hired!: Advice on finding good employees and getting hired Next post