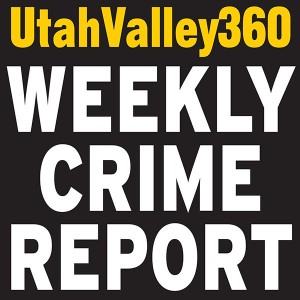 Catherine Hancock, 15, was pronounced dead at the scene. Jennifer Ashley Taft Bailey, 28, was taken to Utah Valley Regional Medical Center, where she later died. Hancock’s father and two brothers were taken to the hospital in serious conditions.

Police say Bailey’s car crossed into oncoming traffic and hit Hancock’s car. Police found an open bottle of alcohol in Bailey’s car and are investigating whether alcohol played a factor in the crash.

A 43-year-old American Fork man — and Democratic candidate for the state House of Representatives — was charged this week after police say he attacked and held a man hostage over a debt owed for prescription drugs.

Mark E. Byrge faces charges of aggravated kidnapping, aggravated assault and obstruction of justice. He reportedly hit the man in the face with a cane and a pistol, then forced him inside his house where he beat the man with the gun. The man was able to get away before police arrived.

A judge granted a request this week to postpone a hearing in the case against a man accused of killing his ex-wife’s husband in Lindon this month.

Fred Richard Lee, 59, is charged with aggravated murder, and could face the death penalty.

He’s accused of going to his ex-wife’s house on July 3 and shooting and killing her husband.

His attorney needed more time to look at the evidence in the case. His next court date is Oct. 21.

Some people in the area told the officer that the driver had turned down another street, had gotten back on 6400 West and then driven down a driveway and a hill behind a house. Other officers joined the search and found the motorcycle, but no driver. They impounded the motorcycle and eventually found the 49-year-old man who’d been driving it; they arrested him.