Money magazine likes the value of a BYU education 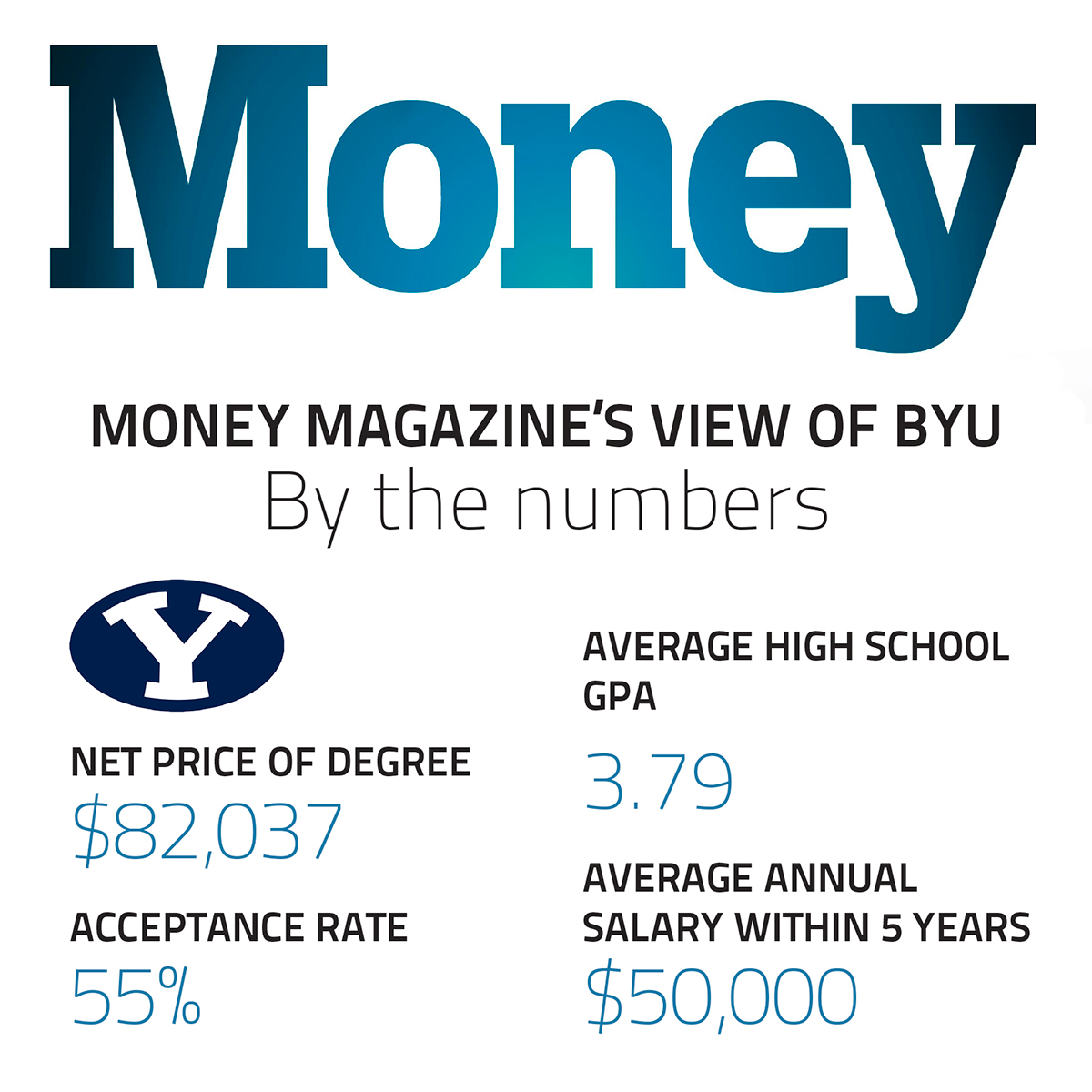 Money magazine wanted to discover which of the roughly 1,500 U.S. four-year colleges offers the biggest bang for the tuition buck, and BYU came in ninth.

Here are the top 10 schools in Money’s opinion:

This is what Money magazine had to say about BYU, “Not surprisingly, the campus is not very diverse. Fewer than 6 percent of students say they are either black or Hispanic. BYU’s Division I sports teams are very competitive, especially in football, volleyball, track, and women’s soccer. The comparatively modern campus is about 45 minutes south of Salt Lake City, and offers views of the nearby Rocky Mountains. Because of the emphasis on church, family, and the honor code, students say that dating is a main social activity and that many BYU students go on to pair off and get married.”