BYU opens the 2014 football season on Friday, Aug. 29, at 5 p.m. against the University of Connecticut.

The next two weeks BYU will play Texas (in Austin) on Sept. 6 before hosting Houston on Thursday, Sept. 11.

If history has anything to say about the 2014 season, the Cougars will start either 1-2 or 2-1 then go on an absolute tear winning the majority of it’s last nine games.

Bronco Mendenhall owns an 82-34 overall record as the head coach of BYU. During that same period Mendenhall’s been 13-14 during the first three games of each season. 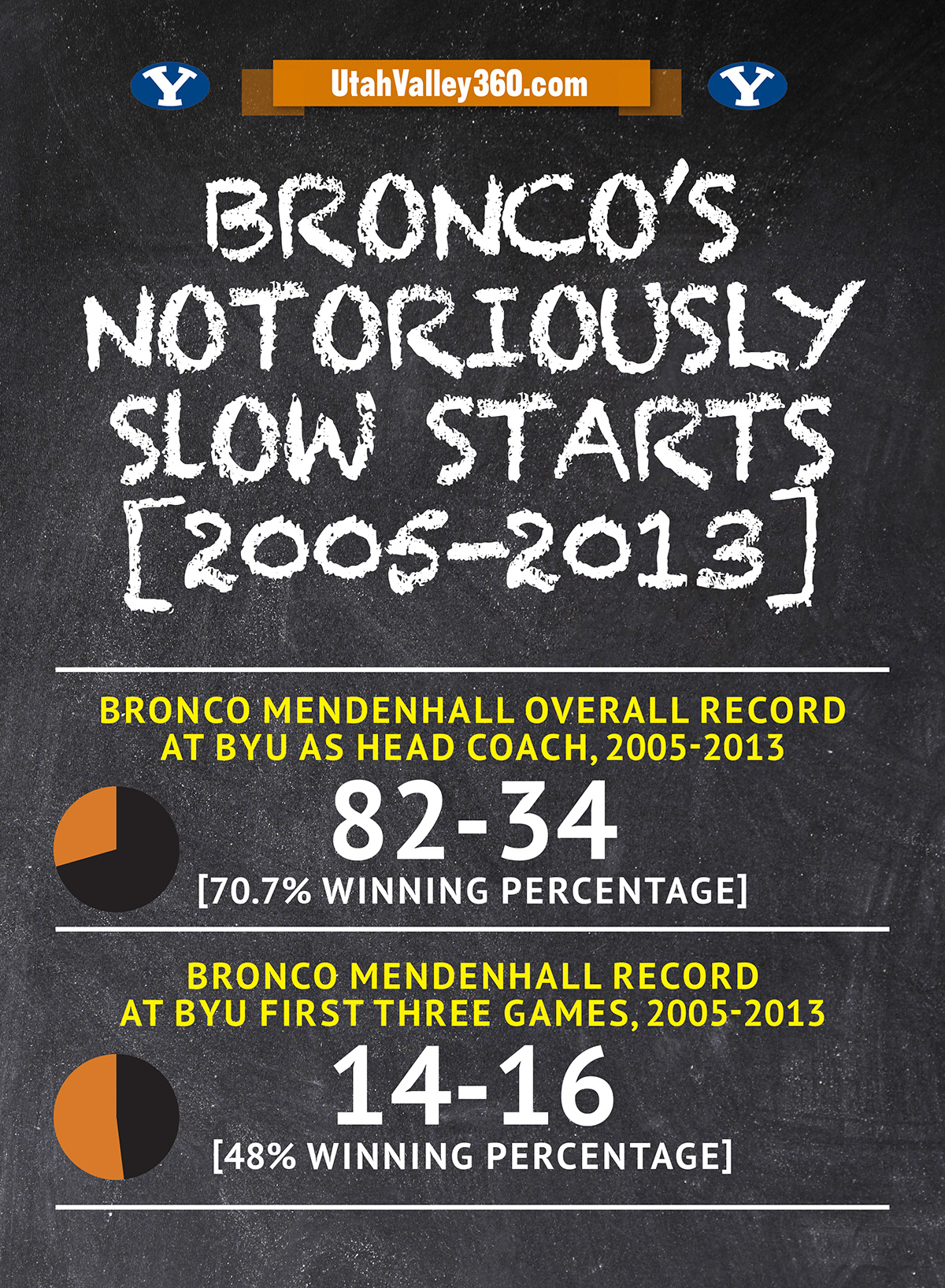