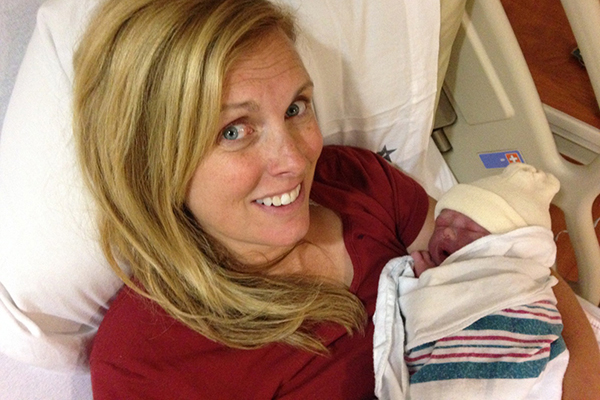 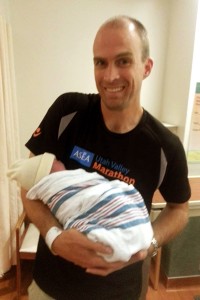 After four kids, David and Bianca Collings had plenty of experience with labor and birth. They knew that with each child Bianca’s labor was faster. They knew that she delivered her girls about two weeks before her due date.

So on early Tuesday morning when she started having strong contractions, the couple drove from their home in Alpine to Timpanogos Regional Hospital in Orem, because that’s the hospital their insurance covers.

But about two hours after they got there the doctor sent them home — he said she wasn’t progressing, it had been almost seven years since her last birth and it was probably going to take longer. They made the trek back to Alpine and two minutes after getting back in bed, her water broke.

“We jumped back in the car and started driving back,” David said. About five minutes from the hospital Bianca tells him she can feel the baby coming out. David looks over, and Bianca is pulling her pants down and the baby’s head is coming out.

“I’m going like 100 mph down State Street,” he said. “I’m driving and a head is sticking out between my wife’s legs.”

They decided that instead of pulling over and delivering the baby that it would be faster to keep going, since they were so close.

Bianca reached down and helped the baby come all the way out — while they’re still driving — but her arms weren’t quite long enough and because of the sitting position she was in in the car, the baby plopped down onto the floor, David said. She reached down and picked up the baby girl and started rubbing and patting her back to get her to breathe. 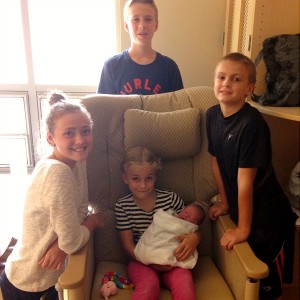 He pulled into the emergency room entrance, slammed on the brakes and ran in for help, yelling that his wife just had a baby in the car. A doctor jumped into the car with them and drove around to the women’s center at the hospital, where they put Bianca and the new baby into a wheelchair and took them inside.

Then the hospital staff brought out towels and wipes so David could clean up their Honda minivan.

“It was really scary and crazy for a few minutes,” David said. “It was crazy, a lot of adrenaline.”

The good news — the 7 pound, 2 ounce baby girl is perfectly healthy and Bianca is recovering fast. They spent Tuesday night in the hospital and are now home together with the couple’s four children, ages 13, 11, 8 and 6.