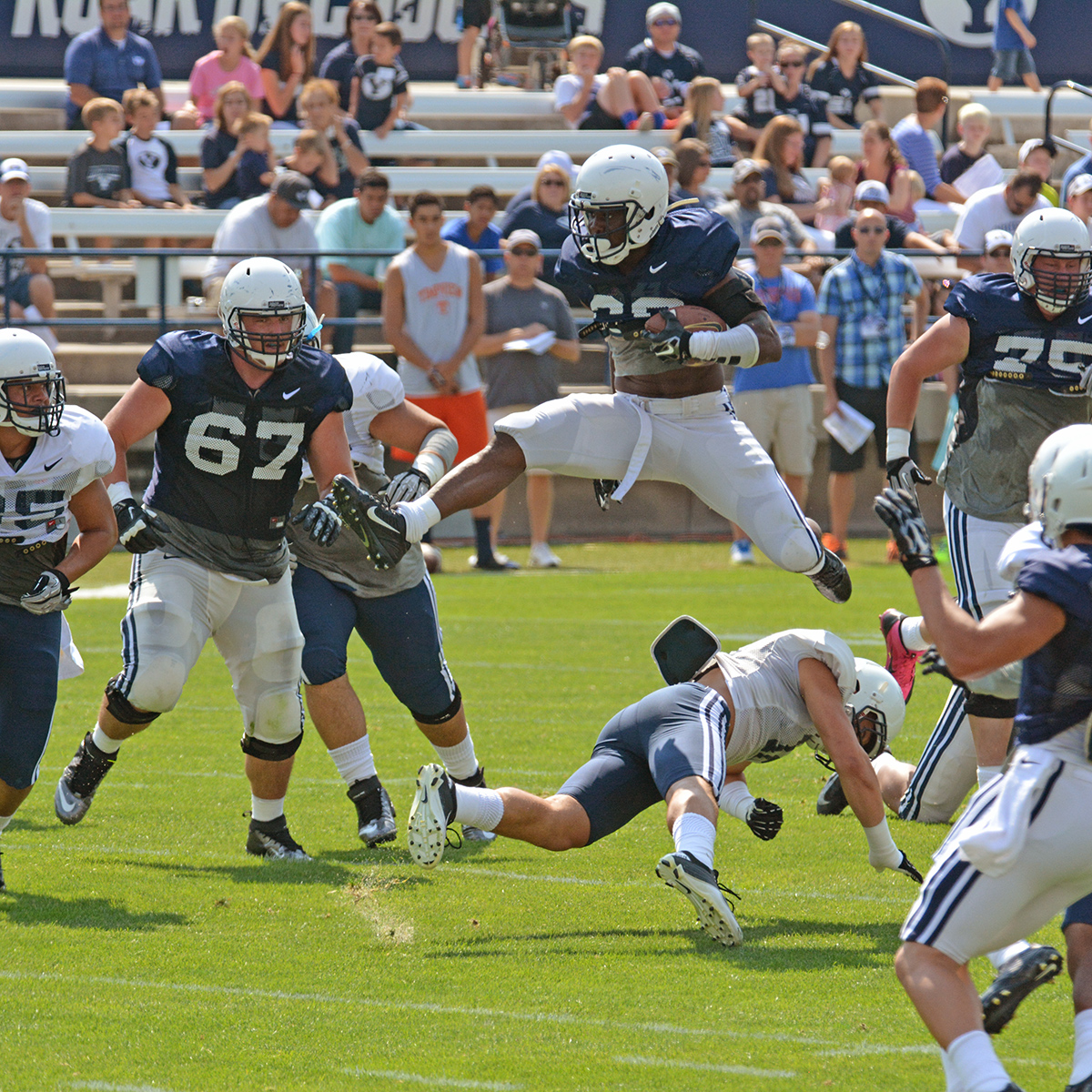 Junior running back Adam Hine gave the 5,000 BYU fans on hand Saturday a thrill when he hurdled defensive back Kai Nacua.

On a day when the BYU offense “won the day” according to head coach Bronco Mendenhall, running back Adam Hine showed on one play why BYU fans need not fret the absence of Jamaal Williams for the season opener at UConn.

The 25-yard gallop, which showcased Hine’s explosiveness and power, was witnessed by more than 5,000 fans Saturday at LaVell Edwards Stadium during BYU’s first fall camp scrimmage.

After taking a snap in shotgun, quarterback Taysom Hill ran option to the left with Hine, giving the ball to Hine.

A wide opening developed to the left which was quickly filled with by defensive back Kai Nacua.

Nacua saw the hard-charging Hine and opted to go low. Hine saw Nacua go low and launched himself easily over the would-be tackler.

It then took another three BYU defenders, linebacker Sione Takitaki and defensive backs Skye PoVey and Jordan Preator to finally drag down the 6-foot-1, 202-pound Hine.

Hine finished the game with several nice runs and one touchdown.

“Hine did a nice job,” Mendenhall said. “As the scrimmage went you saw a little bit more creativity and confidence with each rep. He’s done a nice job all camp.” 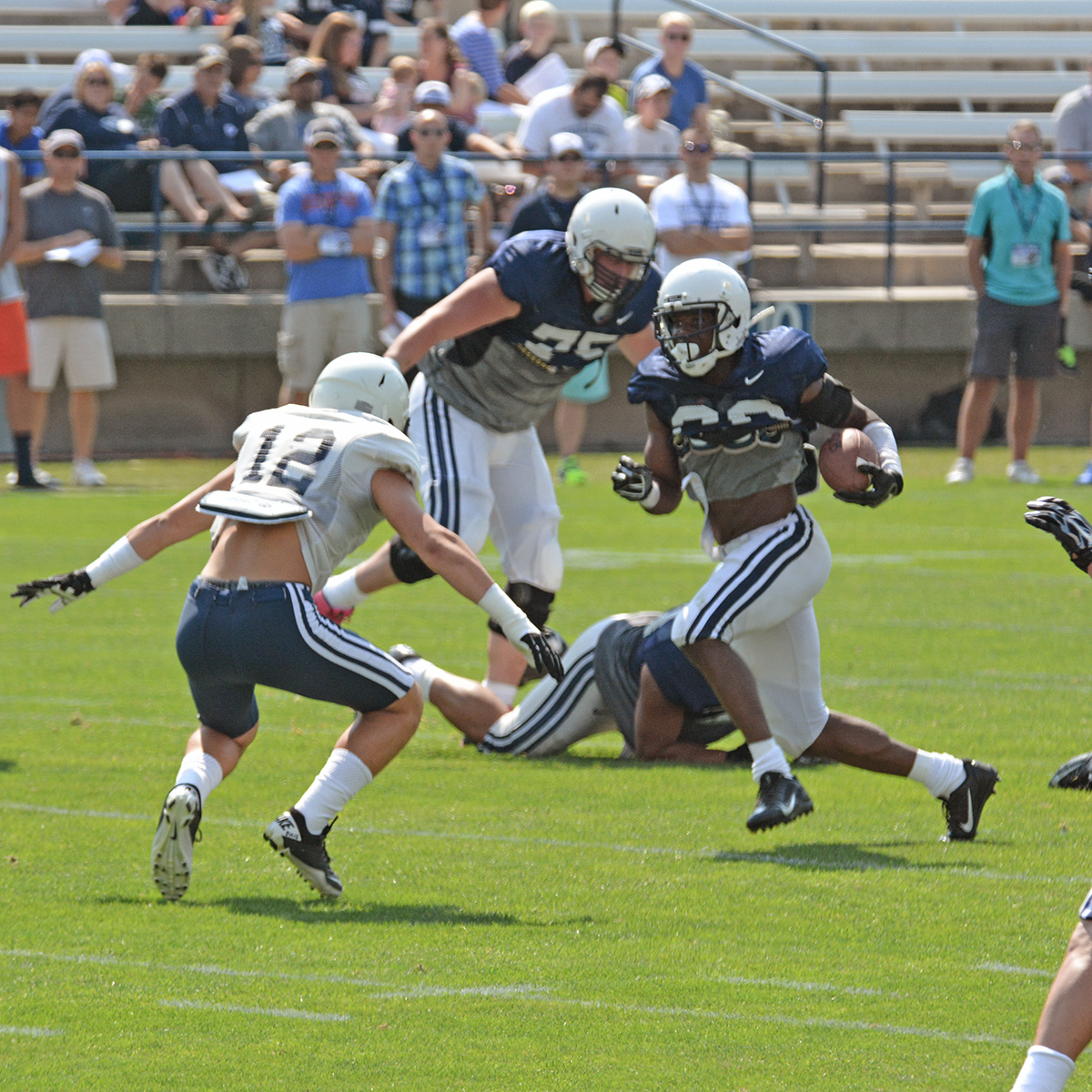 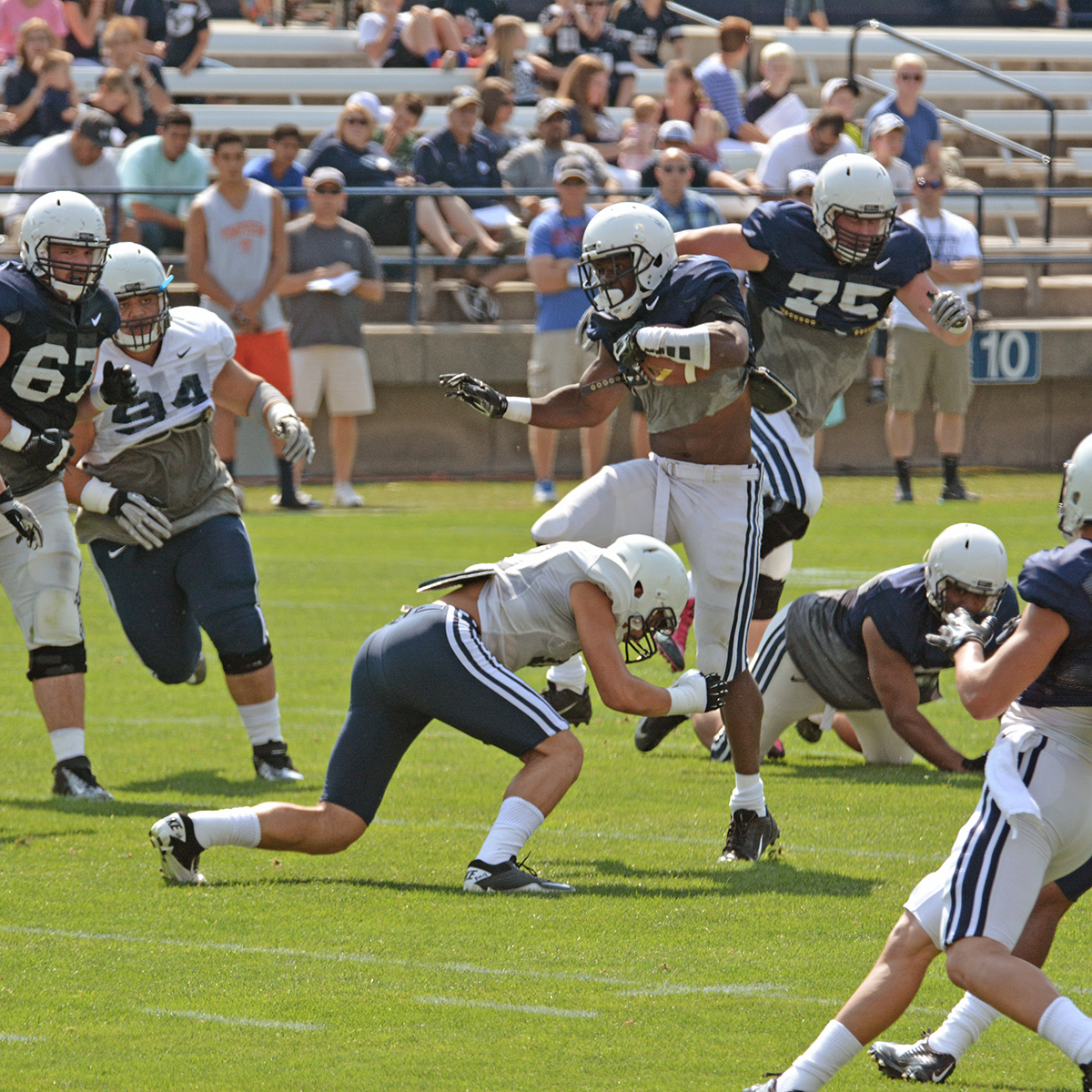 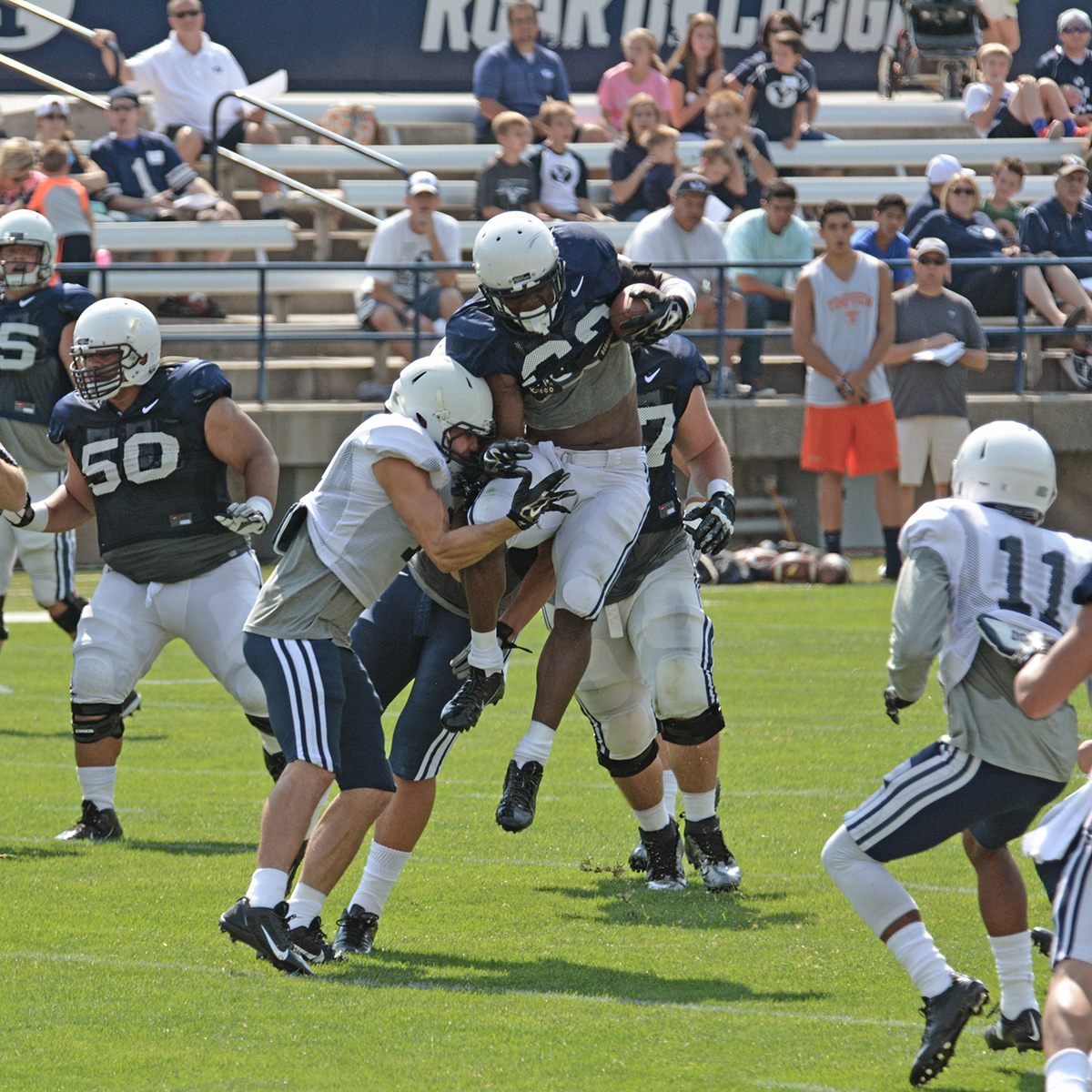 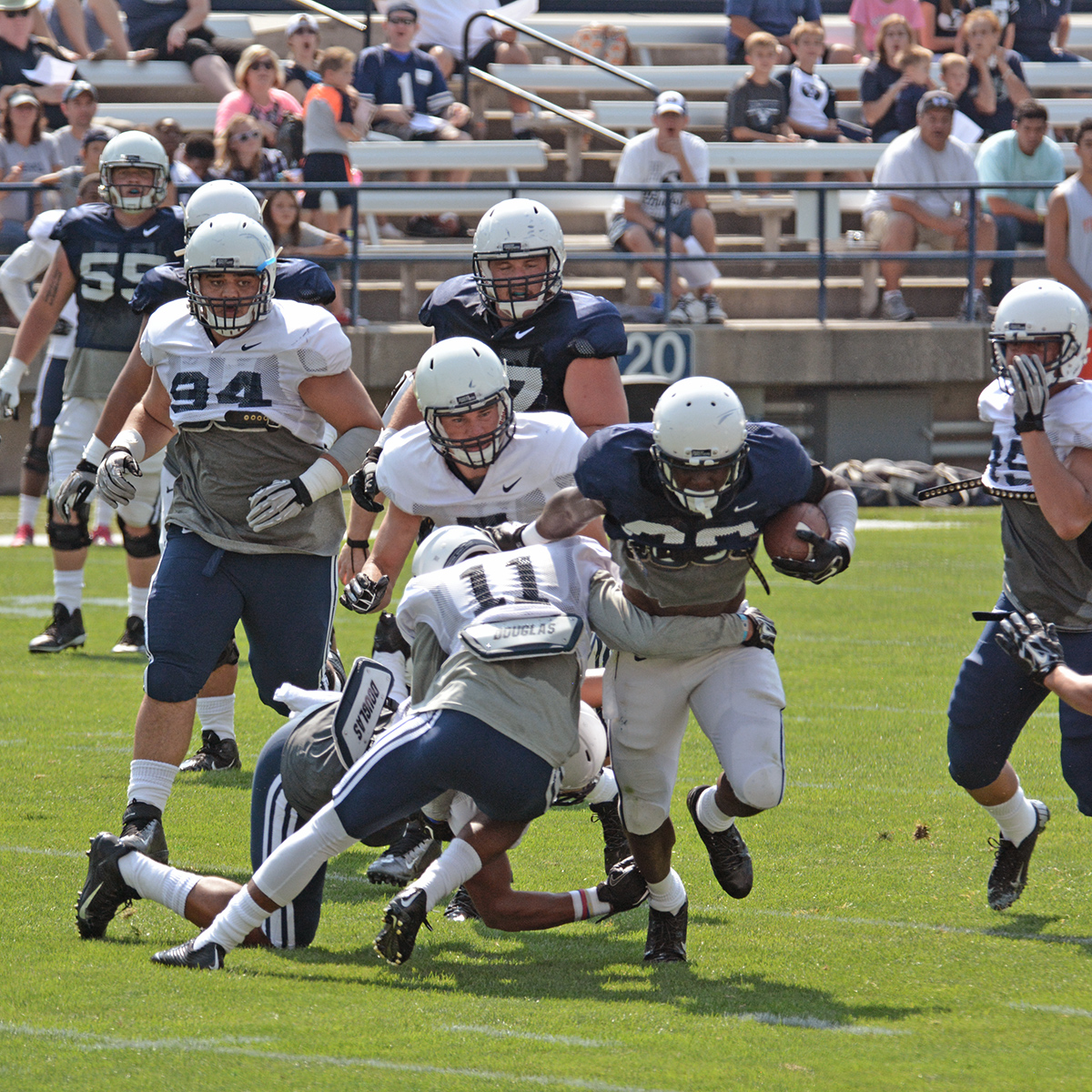 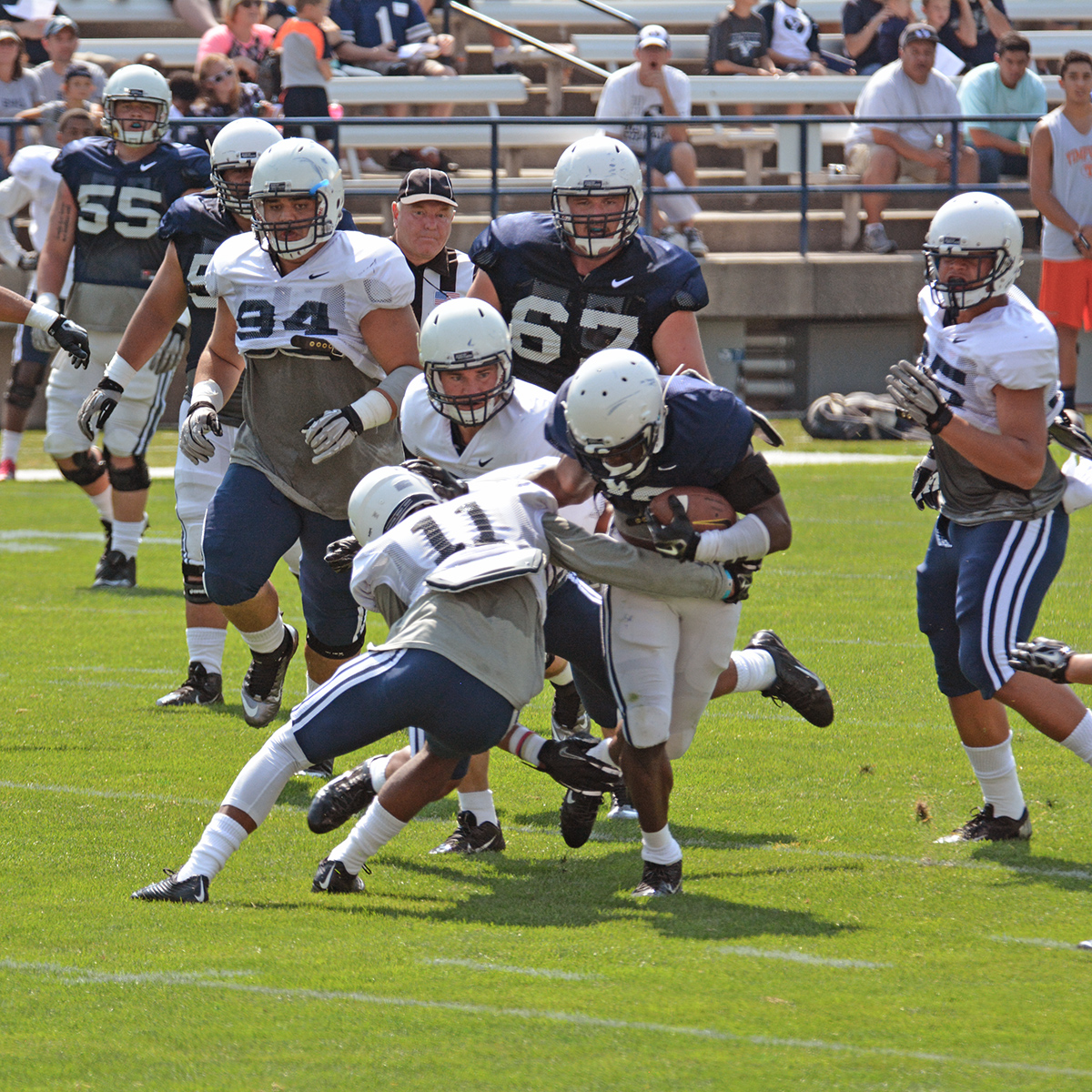 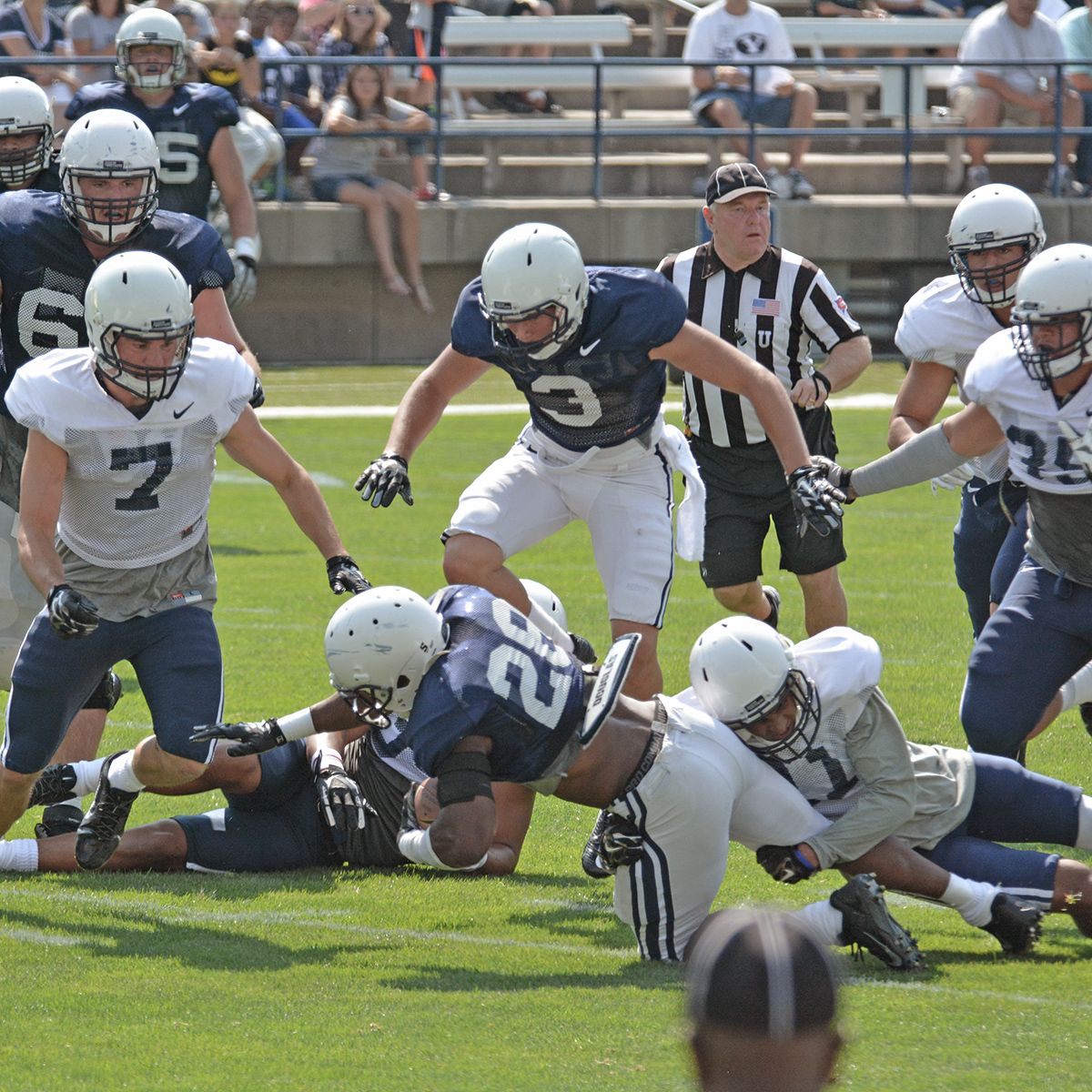 On the ball: Renee Tribe’s got game on the Utah County lacrosse scene Previous post