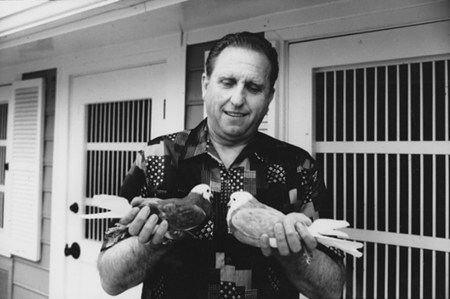 Members of The Church of Jesus Christ of Latter-day Saints sometimes feel as if they know everything about their church leaders. And why not? With General Conference addresses twice every year and dozens more devotionals and speeches scattered in between, church members hear their share of their leaders’ personal experiences.

But members of the First Presidency and Quorum of the Twelve Apostles have little-known hobbies and hidden talents some members might not know about. Here are a few.

President Monson first took an interest in raising pigeons as a young boy. At one point, his teachers quorum adviser gave him a homing pigeon to care for. In the process of caring for the bird, young Thomas S. Monson learned how to minister to the members of his quorum as well.

President Eyring’s biography, I Will Lead You Along, reveals his artistic side. “Hal particularly enjoyed drawing and painting as he traveled,” the book reads. “He took postcard-sized art paper and, while waiting in an airport or taking a private moment in the home of a generous host, would capture a scene of an intriguing place or person. On a long trip, Kathy and the children might receive one of these original postcards in the mail. Upon his return home, Hal would send a similar custom-made thank-you note to his host.” 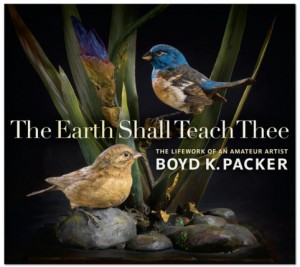 “In high school, [President Boyd K. Packer] had ambitions to become an artist, but World War II led him in another direction,” his biography on LDS.org reads. “After serving as a pilot in the Pacific, he returned home and turned his attention to college, marriage, and teaching seminary. … But throughout his life, President Packer has pursued his love of art through his carvings of birds and paintings of rural Utah.”

Elder Nelson told the Ensign that snow skiing is one of his “greatest loves.” He also told them he enjoyed horseback riding with his children when they were young—though it may have been more about spending time with children than it was about riding horses.

“I cherish dearly the memory of riding the horse with each one of the young ones as they came along,” Elder Nelson said in the article. “I’d bury my nose in the hair of that little one and wrap my arms around her or him. I’m sure each of the children thought I was hanging on to give them security while they were riding the horse. But I was clinging to a precious moment that I had alone with each loved one as that turn came. On each occasion I offered a prayer of gratitude to my Father in Heaven for the great privilege of being a father to this one, for I knew each to be such a special spirit.”

“Just about every Saturday we’d get some worms and go and fish in the Spanish Fork River,” Lloyd told the Ensign. “After a while,” the article continues, “Lloyd (who later graduated from BYU with a degree in geology) would tire of fishing and collect or throw rocks, but his father would keep at it. That, says June Oaks, is typical. ‘If he fishes, he fishes with the same intensity that’s there when he goes after his casebooks.’

Many Church members know Elder Scott by his tender expressions of love toward his deceased wife, Jeanene. But what members members might not know is how many interests and hobbies they shared.

“The Scotts enjoyed spending time together,” Elder Scott’s biography on LDS.org says. “They shared an interest in jazz music, as well as collecting and listening to South American folk music. Both enjoyed painting, water coloring, and hiking. Birding—as a couple and as a family—also captured their interest. ‘There’s a bird feeder in the backyard, and when the family eats out on the patio, there’s always at least one pair of binoculars at the table.'”

Elder Robert D. Hales says he enjoys playing the piano “if no one is listening.” But once, he accompanied a meeting.

“He remembers once when he was asked to play the piano for the opening hymn in a Seventies meeting,” his biography on LDS.org says. “All was well until he began playing faster and faster. The faster he played, the faster the Seventies would sing. It was a close race, but Elder Hales says he finished ‘just barely ahead of the Brethren.'”

10 great wedding gifts from the LDS Distribution Center Next post