Hear and Now: Lori Ruth finds meaning and purpose in her life’s challenges 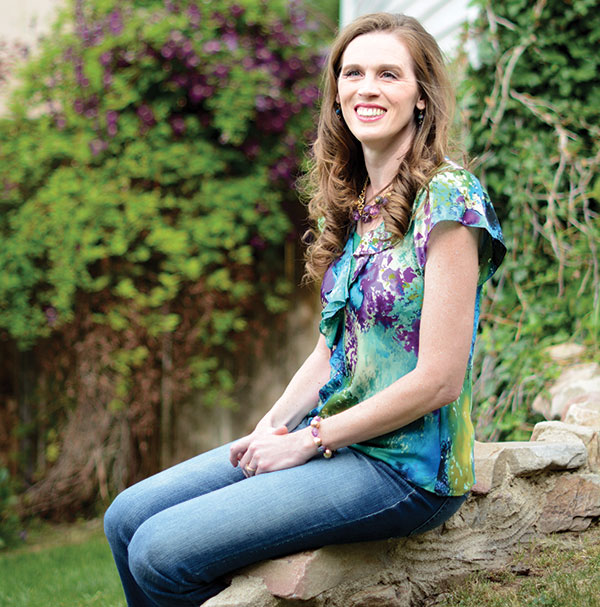 Lori Ruth has been deaf since age 3, but a cochlear implant changed her life a few years ago. It enabled her to hear her newly born fourth child breathing — something that initially had her thinking Darth Vader was in the room.

Pleasant Grove’s Lori Ruth works as an early intervention specialist for families with children who have hearing loss. She understands those she works with in a way others cannot — she herself has been deaf since age 3. Whether it’s teaching piano lessons, earning a master’s degree or raising four children, Lori has never let her limited hearing limit her life — and she hopes to encourage the same resolve in others.

I’m from a tiny California town outside of Fresno called Kingsburg — only once in a blue moon does someone know where it is. Like many Utah Valley residents, I came to Utah to attend BYU. A couple days before my first semester, I decided to go to a devotional at the Marriott Center. It was there that I met the girl who would eventually introduce me to my husband, Paul. He and I are both deaf, and he taught me sign language. Although I am right-handed, I learned to sign with my left hand because I had just broken my finger playing basketball.

Together, my husband and I have four beautiful children: Lauren (21), Talia (18), Jonathan (15) and Kaili (12). My kids are my life and I love spending every minute I can with them.

When I started having kids I was still in school, which made for some very busy years. There was one year I was teaching pre-school full-time at the Utah School for the Deaf and Blind, finishing my master’s degree in Early Childhood Special Education, teaching piano lessons and taking care of three children. It was a pretty crazy time period in my life. I wouldn’t wish it on anyone else!

I eventually moved on to become an early intervention specialist. In this role, I work with families with children who have a hearing loss. I love being able to give these families hope and strategies that empower them. I tell them that I believe these children were given to them for a reason. Not to their sister or neighbor or even their own mother, but to them because they are the best family for their child. It’s the family that makes the biggest impact on the success of the child’s life.

One of the biggest things that changed my life was a cochlear implant. My hearing aids caused me to become deathly ill from dizziness and I could no longer wear them. Because I have a profound hearing loss, I had to decide whether I would live the rest of my life hearing nothing or to get the cochlear implant.

It was my desire to hear.

It took a while for my brain to get used to the new sound but now I’m so grateful for all the things they allow me to hear — good and bad — whether it’s music or my kids arguing behind closed doors. My kids aren’t safe saying what they want anymore!

My cochlear implant enables me to hear faint sounds that my hearing aids did not pick up. I remember the first time I heard a cricket chirp. I wanted to kill it until my neighbor told me there were too many hidden in the weeds. I also remember the first time I heard butter sizzle in a pan. My speech also improved and I am able to talk on the phone.

My fourth child, Kaili, was the first baby I delivered after my cochlear implant. A few hours after she was born, I was holding her alone in the hospital and I could have sworn Darth Vader was there with us. I called my nurse in and she told me it was the sound of my baby’s breathing — something I had never heard before!

I love living in Utah Valley. My family and I love to go to movies — especially the Water Gardens because they have caption devices.